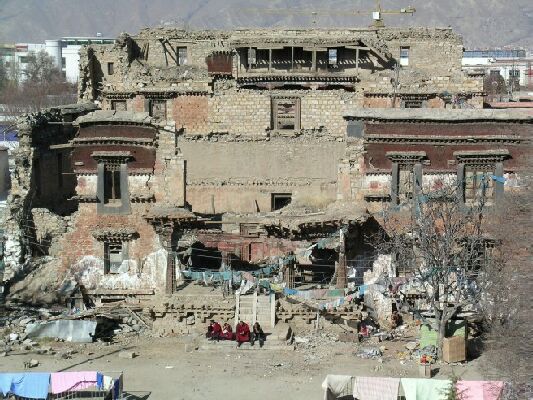 China continues to prepare the ‘after-Dalai Lama’ era.
On March 2, Xinhua reported that, a day earlier, Sun Chunlan, a member of the Politburo of the CPC Central Committee and boss of the United Front Work Department dealing with Tibetan affairs, had met Gyaltsen Norbu, the Chinese-selected Panchen Lama in Beijing.
As usual, Sun lauded Norbu’s patriotism and his 'increasing' influence in the Tibetan society.
She asked him to continue “to contribute to national unification and ethnic solidarity.” Norbu was also complimented for his diligence and commitment in Buddhist studies.
Now comes the interesting part.
Xinhua says: “Sun expressed the hope that the Panchen Lama will follow the instructions of the CPC Central Committee's general secretary Xi Jinping during their meeting in June last year and carry forward the fine tradition of his predecessors.”
Why to ‘hope’ only?
Does it mean that it is not a certitude for Beijing?
It appears that with Gyaltsen Norbu, Beijing often ‘hopes’.
Regarding the Panchen Lamas’ ‘fine tradition’ to serve China, it is well-known that of the 10th Panchen Lama revolted against the Party.
See my post Does history always repeat itself?
Norbu replied to Madam Sun that he will “bear in mind the care from the CPC Central Committee and the central government as well as Xi's instructions.”
It is clear that China does not want to put all its eggs in the same basket, by betting everything on 'their' Panchen Lama.

The restoration of Shide monastery
This probably explains why the Communist leadership has decided to 'diversify' its tactics and restore the ancient Shideling (or Shilde) Temple in Lhasa.
Yesterday, China Tibet Online reported that “the Shideling Temple in the heart of Lhasa have long displayed a desolate scene. Now, this thousand-year-old ancient temple will welcome its first major facelift.” 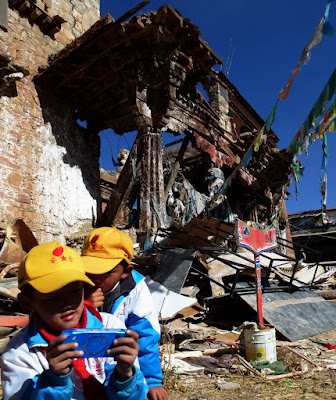 It is clearly a political facelift.
Shide monastery, built during the 9th century, used to be the Lhasa residence of the Reting Rinpoches.
The 5th Reting, one of the two Regents of Tibet died in mysterious circumstances in 1947 in Lhasa.
The Cultural Relics Bureau of the Tibet Autonomous Region (TAR) announced that Beijing plans to ‘invest’ 15 million yuan “in special subsidies from the national cultural relic protection fund for restorations to the ancient Shideling Temple.”
And guess what Shideling will become?
A museum open to the public; in other words, a touristic site for the Chinese wanting to learn the history of Tibet.
Truzhen, a deputy director of the TAR Cultural Relics Bureau, stated that the restorations will use historical photos from the mid-20th century “to maintain the original shape, layout, style, and artistic elements of the temple.”
The Chinese website explains that the buildings and the walls which have been seriously damaged and pose a danger to construction safety, will be torn down and rebuilt and “existing rare murals will be repaired by specially-qualified professionals”.
The project will “not change the original appearance of the cultural relic …[it will be rebuilt] in strict accordance with traditional construction methods, adhering to traditional construction materials, and using multiple methods to ensure the ancient temple will reappear as it did in olden times,” says the official. 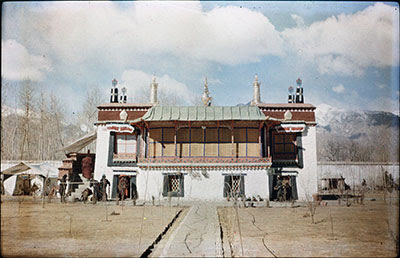 It was Reting Rinpoche's Lhasa residence.
Originally, Shide was the name of a monastic community established in Lhasa during the time of King Ralpachen in the 9th century.
In the thirteenth century, the Shide monastic community was appointed caretakers of Ramoche Temple; this lasted till 1842 when the Reting regent was disgraced.
Shide was reestablished in its present location in Lhasa in the mid eighteenth century under the Seventh Dalai Lama.
When the Third Reting became regent in 1845, he restored the monastery which became his seat in Lhasa. The Reting rinpoches belonged to a high-ranking incarnation lineage which could be selected as Regent of Tibet during the minority of the Dalai Lamas.
It is (was) one of five regency seats in Lhasa.
By restoring Shide, the Chinese bank on the 7th Reting Rinpoche, who is 19 now and has started playing a political role at the TAR level.
The China Tibet Online article quoted earlier explains that the fifth Reting served as the regent after the death of the 13th Dalai Lama, “but was persecuted to death after a political struggle. Shideling Temple was not spared, and it fell into ruins.”
Blogger Tsering Woeser who lives in Beijing, but often travels to Tibet mentioned “How was Shideling Destroyed?” in November 2012. A translation appeared on the website High Peaks Pure Earth in March 2013.
Woeser writes: “I have never met the 5th Reting Rinpoche but I have been to Shideling, the place that used to be a Buddhist monastery and was turned into ruins, innumerable times. Therefore I can only sneer at the claim that the other simultaneously reigning Rinpoche, Taktra, sent people to destroy Shideling.”
After interviewing several elderly people,


all of whom witnessed and experienced the great changes and great loss that gradually happened after the 1950s”, she could make out the Chinese official version was wrong.
The monastery was not destroyed during the power struggle between the 2 regents Reting and Taktra, she argues.


a retired cadre Wangchuk La, who was sent to Tsemonling Monastery by his mother to become a monk, told me the following: Shideling Monastery was heavily damaged in March 1959. In the name of ‘putting down a rebellion’, the army of the CCP turned the city of Lhasa into a place of massacre. Monks that were captured at different monasteries were partially locked up at Shideling, including himself. He had witnessed himself how the floor of the Buddhist temple was full of injured bodies, Buddhist statues were also ruined, bent and incomplete.


But what really destroyed Shideling was the Cultural Revolution. Back then, there were the ‘Red Guards from the far-away capital’ that started the revolution, the so-called ‘serf emancipation’ vagrants, the Henan Opera Troupes, the local red guards, the pro-Tibetan rebel faction and the working class brothers. They installed a massive tweeter on the highest point of Shideling, turning it into the ‘main rebel’ broadcasting station.

She further recounts that she interviewed a former Red Guard:


He said that the broadcasting station was an immensely important propaganda point for the rebel faction. Thereupon Shideling became a battlefield where the different factions attacked and fought with each other. One hand grenade was countered with innumerous machine gun bullets. Once the smoke and fire had vanished, the once 5-storey-high Buddhist Palace was reduced to three storeys. The monks had been running away, were arrested or murdered just in time for the empty rooms to be taken over by the People’s Liberation Army (PLA), subsequently occupying it for many years. Shideling became a barrack, in the same way that Jokhang Temple became the PLA’s pigsty.

She says that some CCP intellectuals have now revised history and do not want to mention the Cultural Revolution: “Reting Living Buddha has become a ‘patriot’, and after he was persecuted to death by the ‘Taktra Living Buddha’ under the guidance of the British Imperialists, Shide Dratsang [monastery] was burnt down.”
She concludes: “Turning a monastery into a battlefield, a military barrack, a stronghold is more shocking than turning it into a hotel or a storehouse.”
It was however a fact that Shilde was bombarded in 1947.

A museum
Now it will be turned into a Museum for the tourists visiting Lhasa; there is no doubt Beijing’s ‘official’ version of the history of Tibet will be shown.
(Incidentally, 900,000 Chinese tourists visited the Potala last year).
But to come back to the other angle, the 'post-Dalai Lama’ era, the 7th Reting Rinpoche is bound to play a political role.
It is at least what China plans.
After all, they rationale, the 5th Reting was the 14th Dalai Lama’s first tutor.
Why not the 7th Reting becoming the 15th Dalai Lama’s teacher?
It seems a joke, but perhaps, it not for the Communist leaders.
Posted by Claude Arpi at 7:35 AM