Intolerance is rising in Jinping's China 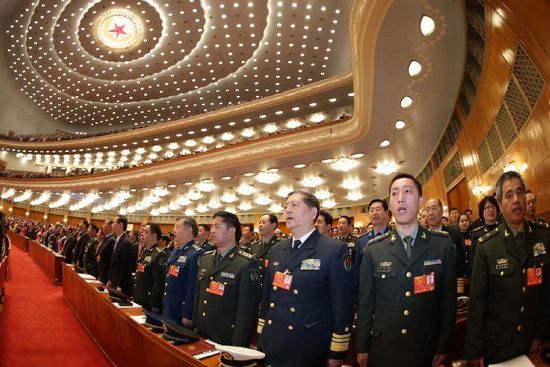 My article Intolerance is rising in Jinping's China appeared in The Mail Today.

While India endlessly debates ‘intolerance’ and the ‘lack of freedom to think’, China is following its own path - tolerance with Chinese characteristics.
Of course, none of those who speak of India’s ‘lost freedom’ dare to challenge China. But they should.
On February 25, Xinhua announced that members of the Communist Party of China have been asked to ‘absorb’ the views of President Xi Jinping by learning from an article written long ago by Mao Zedong.

Ideas
All are requested to study and implement the ideas put forward in The Work Method of Party Committees, published in March 1949, during the historic Second Plenary Session of the CPC Central Committee - hardly six months before the party took over the Middle Kingdom.
A Guardian article, ‘Love the party, protect the party: How Xi Jinping is bringing China’s media to heel’, asserted: “The Communist party is in a ‘no holds barred’ battle to wrestle absolute control of all media to project a better image of China.”
Quoting an editorial in The China Daily, the British publication affirmed: “It is necessary for the media to restore people’s trust in the Party… The nation’s media outlets are essential to political stability.”
Read ‘stability of the Party’.
Last week, when President Xi Jinping paid a highly-publicised visit to China’s top media organisations, journalists had to pledge ‘absolute loyalty’ to Xi.
A few days ago when Ren Zhiqiang, a property tycoon, one of the richest men in China, and a long-time ‘outstanding party member’, dared to question President Xi’s ‘absolute loyalty to the Party’, Ren’s micro-blogging accounts were swiftly blocked.
A Party official announced that Ren would be ‘dealt with seriously’ for his critical postings.
“As a party member, any remark that does not accord with the party’s lines, principles and policies, whether it’s on the Internet or other media platforms, is not allowed under party discipline,” the official stated.
Ren has (or had) 26 million followers. What is worse is that the Party diktats are spreading to Hong Kong, jeopardising the model of governance.
In 1997, at the time of the territory’s transfer of sovereignty from the British Crown to the People’s Republic of China, Hong Kong became a Special Administrative Region governed by a principle known as ‘One Country, Two Systems’, a genial brainchild of China’s Paramount Leader, Deng Xiaoping, who thought that the recipe could later be applied to Taiwan, the ‘rebel island’.

Limits
With Beijing’s growing ‘intolerance’, the scheme has now shown its limits. The Sino-British Joint Declaration of 1997 had provided Hong Kong with ‘a high degree of autonomy in all areas except defence and foreign affairs’, while the territory’s political and judicial systems continued to function independently from those of the Mainland. The guarantees for Hong Kongers’ individual rights and freedoms were enshrined in the Hong Kong Basic Law, the territory's ‘constitution’.
Last week, when President Xi Jinping paid a highly-publicised visit to China's top media organisations, journalists had to pledge 'absolute loyalty' to Xi. (Pictured: President Xi Jinping, centre, arrives for the opening session of the Chinese People's Political Consultative Conference on 3 March.)
Recently, strange events have happened, putting all this into question. When in December, Lee Bo, a bookshop owner and publisher in Hong Kong, went missing, his wife filed a police complaint saying that he had ‘disappeared’.
Soon after, alarm bells started ringing louder: four of Lee’s colleagues - Gui Minhai, Cheung Ji-ping, Lui Bo and Lam Wingkei - were also untraceable. Lee Bo was the owner of Mighty Current, a publishing house which specialises in books banned on the Mainland, often revealing secrets about the Party’s apparatchiks.

Censured
Lee’s crime is that he may have been working on a ‘private life’ of Xi. Tricky business these days, certainly not appreciated in Beijing, which has tightened its grip on the internet and literary freedom in the recent months.
Political and gossip books on the Chinese leadership have been a lucrative business for Hong Kong booksellers as Mainland visitors are avid readers of ‘censured’ literature, unavailable at home.
With the Hong Kongers particularly attached to their special status, the issue has quickly taken a political turn.
The CPC’s mouthpiece, The Global Times, articulated Beijing’s position: the booksellers were exercising an ‘evil influence in China through their political publications’.
The South China Morning Post announced last week that Hong Kong police had finally been allowed to meet the missing booksellers, six weeks had passed since they had first requested Beijing.
In the meantime, Lee Bo reappeared on Hong Kong’s Phoenix TV and admitted he had sneaked into the Mainland “to assist in an investigation involving his publishing associate Gui Minhai,” co-owner of Mighty Current and also missing.
Appearing calm and smiling, Lee said he would return to Hong Kong once his help was no longer needed. He declined to say more.
Beijing has always believed in the saying, “Kill a few chickens to scare the monkeys.”
In terms of tolerance India is eons ahead of China, with an opinionated press, scores of anti-government news channels, and an extra-vigilant judiciary.
This is not the case in China, though that can’t be said in as many words to the mighty dragon. Beijing, after all, is far too influential.
Posted by Claude Arpi at 7:19 AM