Jawaharlal: did he want Tawang or not? 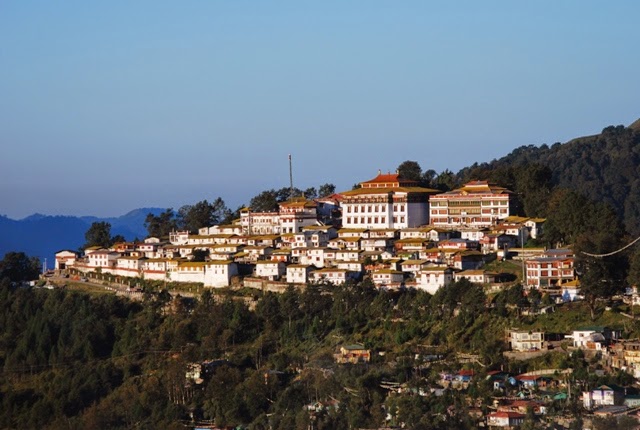 Today being the Assam Rifles Day, I republish this article on Maj Bob Khathing, one of the most illustrious sons of the Assam Rifles.
Without his skills and his intelligence of the area, Tawang would perhaps be Chinese today.
Interestingly, Mao and his colleagues did not realize before 1953/54 that once upon a time, Tawang had been administrated by Lhasa.

A few years before he passed away, Field Marshal Sam Manekshaw told the following story: “(On arriving at Delhi from Srinagar on October 26, 1947), the first thing I did was to go and report to Sir Roy Bucher [The Commander-in Chief of the Indian Army]. He said, 'Eh, you, go and shave and clean up. There is a cabinet [Defence Council] meeting at 9 o'clock. I will pick you up and take you there.' So I went home, shaved, dressed, etc. and Roy Bucher picked me up, and we went to the cabinet meeting. The cabinet meeting was presided by [Lord] Mountbatten. There was Jawaharlal Nehru, there was Sardar Patel, there was Sardar Baldev Singh. There were other ministers whom I did not know and did not want to know, because I had nothing to do with them. Sardar Baldev Singh I knew because he was the minister for defence, and I knew Sardar Patel, because Patel would insist that V.P. Menon [Secretary in the Ministry of States] take me with him to the various states.”
The young brigadier continues his narration: “At the morning meeting [Mountbatten] handed over the (Instrument of Accession) thing. Mountbatten turned around and said, ‘come on Manekji (he called me Manekji instead of Manekshaw), what is the military situation?' I gave him the military situation, and told him that unless we flew in troops immediately, we would have lost Srinagar, because going by road would take days, and once the tribesmen got to the airport and Srinagar, we couldn't fly troops in. Everything was ready at the airport.”
The future hero of Bangladesh war then recalls: “As usual Nehru talked about the United Nations, Russia, Africa, God almighty, everybody, until Sardar Patel lost his temper. He said, 'Jawaharlal, do you want Kashmir, or do you want to give it away'. Nehru said,' Of course, I want Kashmir. Then [Patel] said 'Please give your orders'. And before he could say anything Sardar Patel turned to me and said, 'You have got your orders'.” 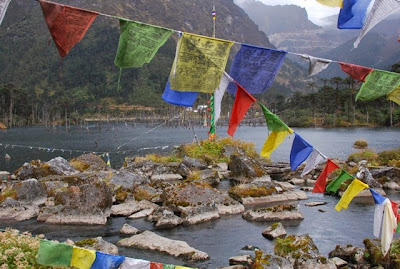 The Tawang Expedition
Four years later, Tawang found its own 'Patel' in Jairamdas Daulatram, the Governor of Assam.
Daulatram ordered a young Naga officer to go and set up the Government of India’s administration in Tawang area (then Kameng Frontier Agency). Only later did Daulatram mention the operation to Nehru; by then, the job was done.
A couple of years ago, an Indian journalist Sidharth Mishra wrote an article entitled, Forgotten: The man who won us Tawang, about a Naga officer, Major Bob Khathing who headed the operation.
On the occasion of Khathing’s 100th birth anniversary, Mishra provided a fascinating and detailed profile of the officer who later served in the Indian Frontier Administrative Service.
Mishra explains: “In 1951, Major Bob Khathing commanded a force of 200 soldiers and re-established India’s sovereignty over Arunachal Pradesh, much to the annoyance of Jawaharlal Nehru.”
As Mishra’s article has a few inexactitudes, I am posting today extracts of the ‘official’ biography Khathing entitled Major Bob Khathing — The profile of a Nationalist Manipuri Naga, by Lt. Col. H. Bhuban Singh (published by Pritam Haoban publisher in Imphal in 1992).
An incident mentioned by Mishra is worth commenting. It appears that once the administration of Tawang firmly under control (wrongly written ‘Towang’ by Khathing), the bold Naga officer went back to Shillong to report to his mentor, Jairamdas Daulatram.
Mishra writes:


Once the expedition was over, Bob had a final task to do — to go back to the Governor and inform him that he had carried out his duty without firing a shot (except for the fireworks to create the ‘Voice of God’). So, he set out downhill to Tezpur with a small retinue, leaving the expeditionary force in charge of [Major T.C.] Allen. The Governor sent a Dakota to pick him up from Tezpur and they flew to Delhi to see Jawaharlal Nehru.


The then Prime Minister was livid. ‘Who asked you to do this?’ he vented his anger at the Governor. ‘I wish you had the good sense to consult me before you commissioned this colossal stupidity. I want a complete blackout on this incident,’ he ordered the PMO.

Nehru’s orders were religiously executed: today practically impossible to find anything on Khathing’s expedition in the Indian Archives.
It is however not correct to say that Nehru did not know anything about the happenings in Tawang in the first months of 1951.
Lt. Col. H. Bhuban Singh, Khathing’s biographer wrote:


From Bob’s side too, wireless messages after wireless messages were sent to Charduar [Assam Rifles headquarters], Shillong [seat of the Governor of Assam responsible for NEFA] and onward to New Delhi giving details of what he was doing. At the same time, he sought approval of Government of India for the actions he had taken and intended to take. Shillong and New Delhi were aghast with what Bob did. They must have preferred a peaceful, non-violent and Panchsheel type of approach. While Shillong was reduced to a mere post-office forwarding information only, lots of consultations and conferences took place in New Delhi and lots of tea were drunk without any decision. In the meanwhile, Bob was told by Shillong to be patient and understanding and above all, sympathetic [with the local population], as if he had terrorized the local people. He was further instructed not to precipitate a crisis. 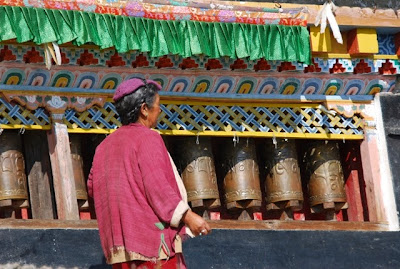 Khathing’s direct interlocutor was N. K. (Nari) Rustomji, the Advisor to the Governor of Assam for the Tribal Areas and through Rustomji, S.N. Haksar, an I.C.S. officer serving as joint secretary in the Ministry of External Affairs in New Delhi.
Nehru, being the External Affairs Minister was bound to have been regularly informed by Haksar.
How could a joint secretary have taken such important decisions (or non-decisions) without referring this issue to his minister?
It is however possible that when Jairamdas Daulatram decided to send more than hundred troops of the Assam Rifles (with more than 600 porters) to Tawang, Nehru did not realize the implications of this decisive action for the nation. Retrospectively, it was a blessing for India, as if he had realize, Tawang would probably today be Chinese.
However, Nehru certainly knew about the happenings in Tawang once the operations had started. 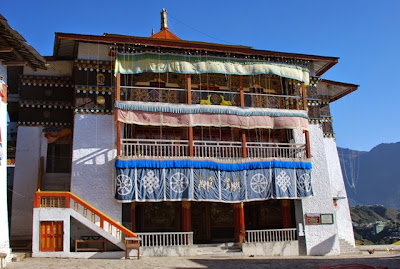 A proof is a top secret report entitled ‘Major Khathing’s Detailed Report About Towang’ sent in April 1951 by Haliram Datta, the Secretary to Adviser to the Governor of Assam to S. N. Haksar in New Delhi.
Datta wrote: “In continuation of Shri N.K. Rustomji’s demi-official No.CGA.6/51, dated 3rd April 1951, I am directed to enclose here with a copy of a detailed report from Major Khathing for the information of the Government of India.”
Nehru may have said: “Who asked you to do this? I wish you had the good sense to consult me before you commissioned this colossal stupidity”, but the fact remains that he was informed when as the expedition was progressing.
However it was legally the prerogative of the Governor of Assam to occupy any Indian territory under his responsibility and Tawang was definitely part of Indian since 1914.
So, what was wrong occupying a part of India's territory?
Another point which is rarely mentioned is the local Monpas where delighted by the arrival of the Khathing expedition. The Tibetan ‘administration’ only consisted in forcefully collected taxes, which the local people often could not afford to pay; the corvee tax (ula) was particularly unpopular.
Interestingly, for years the Chinese government did not react to the Khathing expedition.
A Chinese study on the McMahon line admits: “Not being clear about the Indo-Tibetan border is clearly reflected in the map drawn by the troop that invaded Tibet.” The study further explains:


Regarding the map that the PLA used while invading Tibet, when the 18th Army led by Zhang Guohua invaded Tibet, they still did not have a Tibetan map that they could use. They only had a rough and simple map of Tibet showing subdivisions. There was not even a standard road map. The names of the places and the villages were neither precise nor accurate. This map was found in the archives of the resource committee of the KMT [Kuomintang]; it was made by the British by doing air survey. On the top was inscribed the route followed by Zhao Erfeng while he invaded Tibet [in 1910].

Later it was discovered that the map contained many mistakes:


If we waged a war using this map, there was no way that we could win’, remarked an officer. Then, the Chief of Staff of the 18th Army, Maj. Gen. Li Jue decided that the PLA needed to form a group for surveying and drawing a proper map as soon as possible; in order to study the terrain, Tibet’s landform and prepare an accurate map. On 23 July 1950, after the front line reached Garze [Kangtse], the first team to survey and draw the map of Tibet was formed.

It is only in 1954 that the Communist regime in Beijing discovered the old KMT maps claiming the entire NEFA as Chinese territory.
But to come back to Nehru’s role, he was certainly informed, though perhaps not at the initial stage. Thanks to the guts of Bob Khathing, it was impossible for Nehru to later back out and deny the existence of the 1914 border Agreement between Tibet and India. 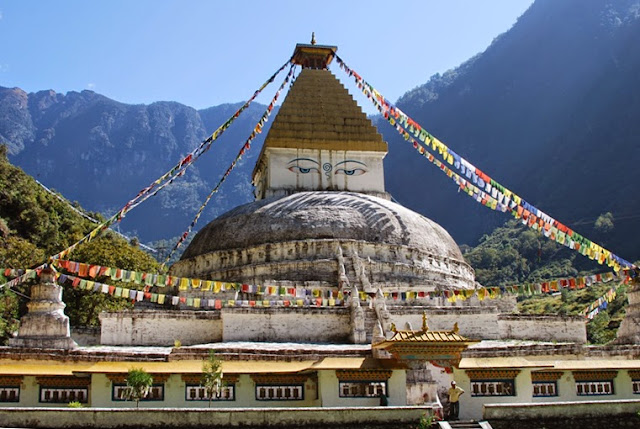 Extracts of  Major Bob Khathing — The profile of a Nationalist Manipuri Naga, by Lt. Col. H. Bhuban Singh (published by Pritam Haoban publisher in Imphal in 1992).


To read the report of the entire expedition, click here...
Posted by Claude Arpi at 9:30 AM