Return to the Stilwell Road: Reopening a mythical trade route 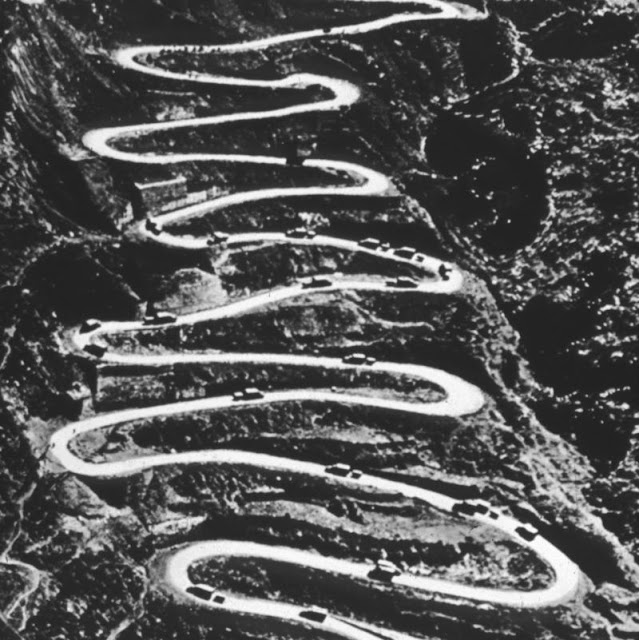 My article Return to the Stilwell Road: Reopening a mythical trade route  appeared in Mail Today.

The Stilwell Road is a myth. Constructed by the Americans during World War II, it started from Ledo, the railhead in the plains of Assam, and wound its way to Kunming, in China’s Yunnan province, covering 1726 km of some of the treacherous terrain.
The road ran only 61km in India before it crossed into Burma via the Pangsau pass.
Lying at an altitude of 1,136m, in today’s Changlang district of Arunachal Pradesh, it was nicknamed the ‘Hell Pass’ during the WWII due to its fierce gradients, serpentine twists and constant mudslides.

Difficulties
During the War, the US had the choice between two ‘hells’. A large number of American planes had crashed in NEFA (today’s Arunachal Pradesh) while on supply missions to China. It is estimated that 416 US aircrew went missing in India, mostly in NEFA. The US troops desperately needed a way to bring supplies to the Chinese front, to fight the Japanese troops. Transport planes faced extraordinary difficulties with inclement weather, strong winds and a treacherous air route known as ‘The Hump’.
The US then decided to build a road, and on January 12, 1945, the first convoy of 113 vehicles left Ledo to finally reach Kunming on February 4. The construction is said to have cost 13,70,00,000 dollars.
Though originally known as the ‘Ledo Road’, it was later baptised after General Joseph Stilwell, alias ‘Vinegar Joe’, the Chief of Staff of Allied Forces in the China- Burma-India theatre.
Can you believe that the road was reopened on December 30, 2015? Very few, except in the North-East, noticed the event: but a myth was reborn, with probably incalculable future economic consequences for the region.
The Arunachal Times reported from Itanagar: “Exhibits from China arrived at the border trade point at Pangsau Pass in Changlang district of Arunachal Pradesh en route to the Assam International Agri-Horti Show 2016 at Guwahati.”
The Chinese truck, accompanied by 2 light motor vehicles, carried 82 parcels with electronic goods, organic tea, coffee, and toys to be displayed during the show scheduled for next month.
An official communiqué from the Arunachal government said: “Passing through the historic Stilwell Road, the exhibits arrived all the way from Baoshan in China’s Yunnan province.”
Representatives of the North East Federation on International Trade (NEFIT), as well as Arunachal’s Trade & Commerce Director Tokong Pertin were present to receive the  Chinese delegates. Pertin called the reopening of the Stilwell Road a ‘historic moment’.
He said that the newly reopened route could become “a conduit for trade and better understanding for the two Asian economic giants as well as among the countries of the Bangladesh-China-India- Myanmar Forum for Regional Cooperation (BCIM).” 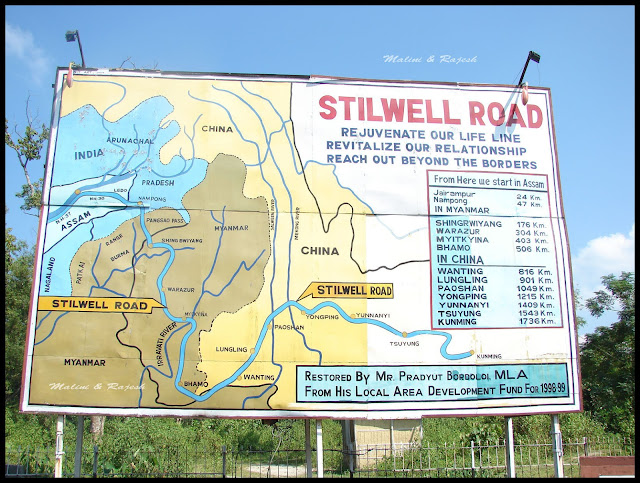 Support
Pertin added that his government was ready to provide logistic support “with a hope that it will go a long way in developing future trade and business among BCIM countries and ASEAN.”
The route is said to have been used during the 13th century invasion of Assam by the Ahoms, and in the late 19th century, the British pondered a railway line to Myitkyina in north Burma through the Hukawng Valley, but the project never materialised.
A year ago, MoS for Home Kiren Rijiju mentioned the reopening of the Stillwell road: “After the Stillwell Road was closed in 1962, the movement of border trade was restricted. Re-opening this road would open up numerous options,” Rijiju asserted.
The reopening today is mainly symbolic, as many other considerations have to be taken into account to start trade on a large scale. One of them is that Delhi may presently like to go slow on the ‘BCIM’ corridor.
The issue was apparently raised by Chinese President Xi Jinping during his visit to India in September 2014, but only a passing reference was made about the BCIM Economic Corridor in the Joint Statement.
Perhaps one of the greatest tragedies of the 20th century has been the closing of the border trade through the Himalayan routes.
Soon after Tibet’s invasion in October 1950, the traditional border passes were progressively closed.
Though the Panchsheel Agreement in 1954 was meant to regulate the flow of people and goods over the Himalayas, it did not happen and as a result of the 1962 border war and the non-renewal of the Agreement, trade between ‘Tibet’s Region of China’ and India came to an end.
The same fate lay in store for the Stillwell Road.

Tragedies
It is only after prime minister Rajiv Gandhi’s trip to China in December 1988, that a ‘Protocol for Resumption of Border Trade’ was signed.
Following the Sino-Indian agreement of 1992, trade through Lipulekh Pass in Pithoragarh district became an annual feature. The pass also became the official pilgrimage route for the Kailash-Mansarovar yatra.
Shipki-la, in Kinnaur district of Himachal Pradesh was the second landport to open. However, the poor quality of the infrastructure and the limited list of permissible items has restricted the border trade which flourished for centuries.
After PM Vajpayee’s visit to China in June 2003, talks started on the resumption of border trade via Nathu-la in Sikkim. Finally, the pass opened for trade in July 2006.
Pangsau Pass has become the fourth Himalayan pass to open for trade. Though trade may remain small-scale for some time, it is an important step for normalising the relations between the concerned countries. And one day, it will hopefully bring some prosperity to the local populations of Arunachal and Assam.
Posted by Claude Arpi at 6:23 AM