Diverting the Indus ... or the Yarlung Tsangpo to Xinjiang 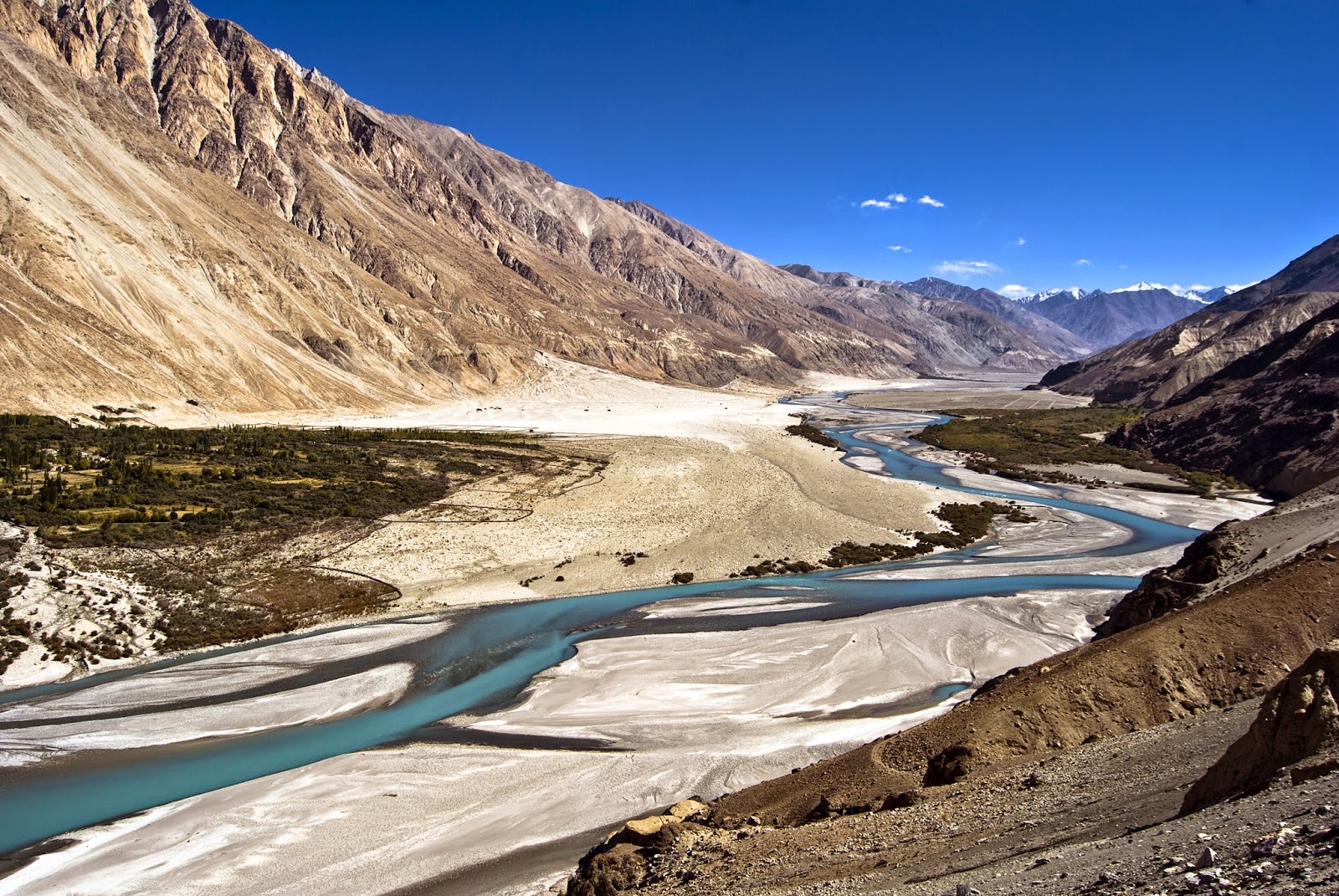 In January 2015, I wrote on this blog about the proposal of diverting the Indus towards Xinjiang.
Nobody took it seriously.
Now a new proposal has emerged: to divert the Yarlung Tsangpo to Xinjiang.
According to The Global Times: “Scholars mull project to divert water from Tibet to arid Xinjiang”.
The Party's newspaper adds: “Policy-makers have left plan stranded citing unfeasibility”.
The tabloid explains: “Around 20 scholars met outside Urumqi in Northwest China's Xinjiang Uyghur Autonomous Region over the last weekend of July, and discussed the feasibility of diverting water from the heights of the Qinghai-Tibet Plateau to Xinjiang's lowland plains, one of the attendees revealed.”
Ren Qunluo, professor at the Xinjiang University of Finance and Economics is quoted as saying: “Water from rivers such as the Yarlung Zangbo River can help turn the vast deserts and arid lands into oasis and farmlands, alleviate population pressure in the east, as well as reduce flood risks in the counties through which the river travels downstream,"
Ren told The Global Times: “Xinjiang has 1.1 million square kilometers of plains, equal in size to all the plains in the country's east. But less than 70,000 square kilometers are arable due to a shortage of water. If all these plains are greened, another China will have been created."
The same old story.
China is obsessed with these diversion schemes (and it conveniently comes at a time of the confrontation with India at the trijunction Bhutan-Tibet-Sikkim).
Incidentally, the Indian journalists 'invited' by the Ministry if Foreign Affairs in Beijing should have asked more details about the new scheme.
The mouthpiece of the Party continues: “”The dream of massive water diversions from soaking-wet Southwest China to the thirsty north has been on the minds of engineers and scholars for decades. But some say this dream could be a nightmare of environmental damage, and these concerns mean the plateau-to-plain project has never been approved.”
India and Bangladesh are not mentioned in the scheme.
The Global Times makes three points.
However the report says: "[The] pro-diversion experts are now trying to rally support for the idea."
Information Warfare is going on...  full swing.

On Christmas Day, The New York Times reported: “Within a few days, water that has traveled more than 800 miles for two weeks in one of the world’s most ambitious, and controversial, engineering projects is expected to begin flowing through Beijing faucets.”
The objective of the scheme is to bring water from upper reaches of the Han River, a tributary of the Yangtze, through the central route of the South-to-North Water Diversion project, the second of three routes planned to transfer water from China’s wet south to the dry north. Once fully functional, the Central Diversion is expected to provide a third of the capital’s water needs.
The project is estimated at 80 billion U.S. dollars, says Xinhua, adding: “The completion of the water scheme marked major progress in the nation's enormous south-to-north water diversion project, the largest of its kind in the world.”
The official news agency boasts: “It is another engineering achievement by the Chinese,” quoting the Beijing-Hangzhou Grand Canal, the world's longest man-made river, opened in the 13th century for transporting grain.
The pro and the cons of the present project will continue to be debated in the months and years to come; in the meanwhile, some researchers in China have thought of another smaller ‘pilot’ project: to divert the Indus river towards Xinjiang. A detailed report on the scheme is posted by a blogger on the website ScienceNet.cn.
Beijing will argue that this new project is merely the product of the fertile brain of some freelance scientists, and that it has ‘nothing to do with the government’.


You may ask, what is this ScienceNet.cn? According to Wikipedia: “ScienceNet.cn is a science virtual community and science blog,” launched by Science Times Media Group (STMG) and supported by the Chinese Academy of Sciences, the Chinese Academy of Engineering, and the National Natural Science Foundation of China “with the mission of establishing a global Chinese science community.”

Since January 2007, more than 5,000 scientists and graduate students have posted their papers on ScienceNet. The editorial board of ScienceNet says that it has been ranking first among Chinese science websites.
The blogger quotes Chinese researchers who argue that the other planned 'diversions' require extremely complicated construction plans, large investments, long building periods and face a lot of engineering problems due to the complexity of the issues involved (I would add, and 'displacing millions of people'). It makes these projects difficult to undertake, while a small-scale, with low investment and a quickly realizable scheme, could be an ideal pilot project.
The ‘researchers’ propose to add a South Western segment to the Western Diversion Route (not yet started), which is the third part of the South-to-North Water Diversion project. It would involve the diversion of the waters from the Indus river in Western Tibet (before it enters Ladakh) towards the Tarim Basin in Xinjiang. According to the authors, the scheme would meet the requirements of a ‘pilot’ scheme.
In a summary, the ‘scientists’ explain that the water diversion project referred to in their paper could be called “the South Western section of Western Route Project”; water could be taken from the Tibetan Plateau in the West and brought by gravity to the Tarim Basin in Xinjiang. The text describes the preliminary survey of the South Western part of the Western Route Project. The size of the diversion program and a brief description of China’s northwest after the transfer of the Indus’ water, are given. The main conclusion is that the diversion will help maintaining long-term stability in Xinjiang. The paper explains why and suggests deepening the research before an early implementation of the South Western section.
According to the ‘researchers’, the diversion of the Indus could bring ten benefits to China:
What an argument! But that is not all:
And now the cherry on the cake:
This ‘easy’ pilot project does not, of course, take into account what the neighbours (including China’s all-weather friend, Pakistan) would have to say.
That may not make the pilot project so simple after all!
The question is, while Beijing is very quick to remove internet content which contests its rule, why is such a crazy and highly objectionable project allowed to be posted on a semi-governmental website?
Similarly, the website of the Yellow River Conservancy Commission of China’s Ministry of Water Resources has a 50-page report on the diversion of the Brahmaputra, and though Beijing denies any bad intention, the project remains on the ‘official’ website.
How can we trust China?

Some of my previous posts on the subject