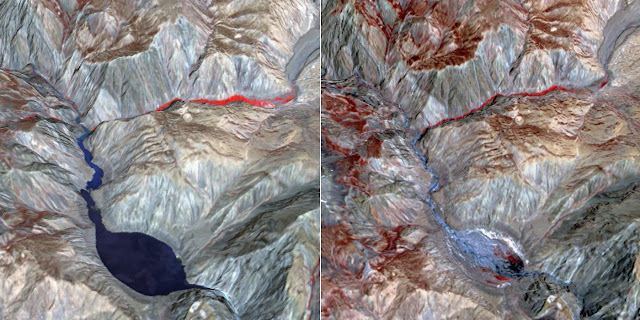 The Communist tabloid, The Global Times yesterday published an article about China's delay in sharing with India the data of some Himalayan rivers, the Sutlej and the Yarlung Tsangpo (Brahmaputra).
It says: “An Indian official's accusation that China halted sharing hydrological data of a river that flows from China to India has met with demands from Chinese observers that India should withdraw its troops from Chinese territory before pointing fingers at China on secondary issues.”
It then quotes Raveesh Kumar, spokesperson of the Ministry of External Affairs: “For this year, as far as I know, we have not received hydrological data from the Chinese side.”
The Global Times admits that “the two countries signed a memorandum of understanding on trans-border rivers in 2013 and India has since been briefed on data on the river's upper reaches,” and points out that though there is no official explanation for “the alleged halt to the data sharing, but Chinese observers have pointed to the escalating tensions in Doklam.”
The two issues are clearly linked.

Quoting 'experts'
The mouthpiece of the Communist Party quotes Hu Zhiyong, a research fellow at the Institute of International Relations of the Shanghai Academy of Social Sciences: “Although China is a responsible country, we can't fulfill our obligations to India when it shows no respect to our sovereignty.”
Hu said that China will not agree to carry out normal cooperation on hydrological data with India, unless it agrees to withdraw troops from Doklam.
Another so-called expert, Zhao Gancheng, director of the Center for Asia-Pacific Studies at the Shanghai Institute for International Studies, told the tabloid: “China agreed to share hydrological data with India to help it prevent hydrological disasters such as flooding and drought, and carry out cooperation on the development and utilization of hydrological resources.”
Zhao put squarely on India the fact that China has not provided the data: “India's move of bringing up the sharing of hydrological data will exacerbate the already existing conflict between China and India,” and he adds: “By infringing on China's sovereignty in Doklam, India has damaged the mutual trust the two neighbors used to enjoy, and China will be hard pressed to cooperate with India on other issues without the mutual trust.”

A division with Bangladesh
The Global Times is trying to create a division between India and Bangladesh writes; “Experts also suggested that India should take other country's interests into consideration when it comes to the exploitation of the Brahmaputra.”
It means that today, China can come back on any agreement/treaty signed after months and years of negotiations, just because it is ‘upset’.
It is not a way of functioning for a ‘normal’ State.

In August 2004, I wrote an article for Rediff.com about the "The Mysterious Tibetan Lake" on the Pareechu (river).
The danger of not sharing the data are clear. 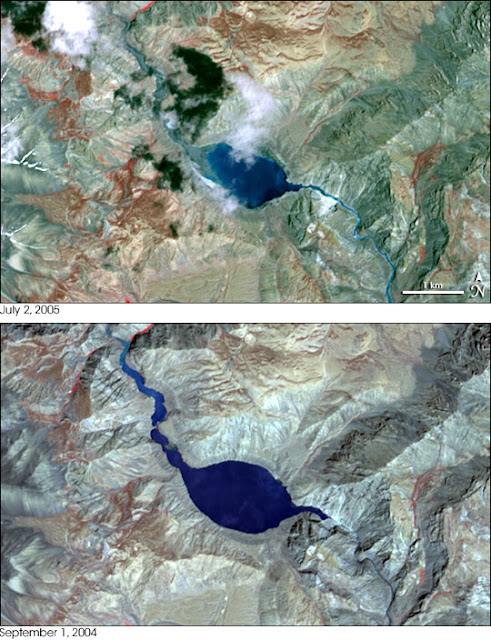