One more new airport in Tibet 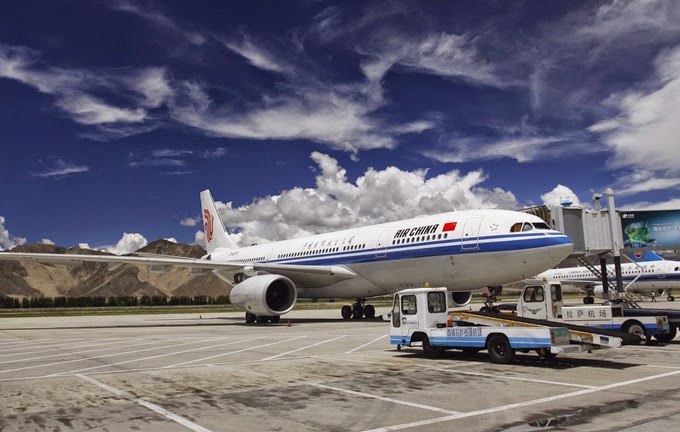 A year ago, I mentioned on this blog, the construction of some new airports in Tibet.
One more now!

Xinhua just reported, "Southwest China's Sichuan Province opened its fourth high-altitude airfield, which local officials hope will boost tourism in the heavily Tibetan-populated region."
It shows that Beijing's policy of 'opening up' restive areas to tourism continues.
It must pay rich dividends.
According to the official news agency, the new Hongyuan Airport is located in Aba [Ngaba] Tibetan and Qiang Autonomous Prefecture at an elevation of 3,535 meters.
The Prefecture is situated in northwestern Sichuan, at the border of Gansu and Qinghai provinces.
Ngaba, also known as Ngawa (or Aba in Chinese) was the epicenter of the 2008 Sichuan earthquake, in which over 20,000 of its local residents died.
The area has also been the epicenter of the wave of Tibetan self-immolations in 2011 and 2012.
While half of the 'Tibetan' self-immolations happened in Ngaba Prefecture, very few of them happened in Tibet Autonomous Region.
Can the number of self-immolations be inversely proportional to the number of tourists visiting an area on the plateau?
It is what Chinese officials believe.
According to a local official, the new flights will be "cutting travel time to the local plateau prairie and Jiuzhaigou Valley, a World Heritage site famous for its colorful pools and snowy mountains."
But the main purpose is clearly to bring 'stability' in the restive prefecture.
Xinhua admits: "Lack of transportation facilities has long troubled the province's out-of-reach Tibetan region, which includes the two prefectures of Aba [Ngaba] and Garze [Kartse] and the county of Muli. Prior to Hongyuan, the province opened three high-altitude airports to link the region with the outside world" 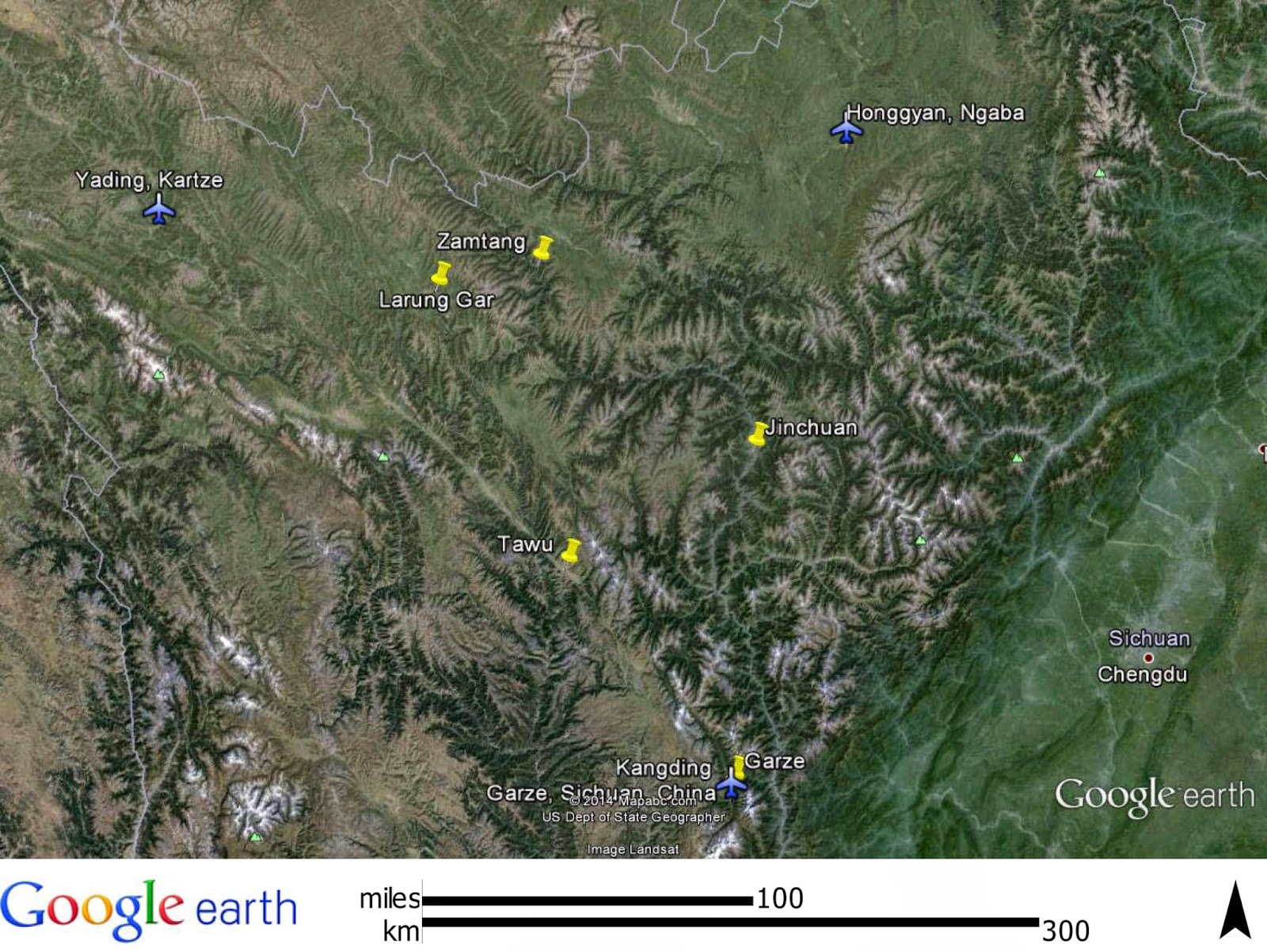 Luo Erwu, head of the tourism bureau of Ngaba told the Chinese news agency: "The new airport will not only help travelers but also benefit locals by bringing more tourists to the region."
This is part of Beijing's policy to make the Tibetan plateau a giant Disneyland.
Beijing's rationale is that by bringing more tourists, the level of employment (and the revenue) of the local population will automatically increase, so will the 'stability' of the area.
Posted by Claude Arpi at 7:25 AM