When Indians fought for France

Here is an article which I published in Geopolitics last month.

2014 is a special year. It will not only mark the 60 years of the infamous Panchsheel Agreement with China, which in many ways precipitated the war with China 8 years later, but also the centenary of World War I which started in July 1914.
It is an important date for India too.
More than 130,000 Indian troops, including many Sikhs and Gorkhas fought in France and Belgium during the bloody conflict during which more than 9 million people died; a quarter of the Indian contingent never returned to their native provinces. It is even recorded that during the battle of Neuve-Chapelle in France in March 1915, the Sikhs regiments lost 80% of their men.
Some of the French battlefields where Indian soldiers showed their bravery and dedication to a cause which was not theirs, are still part of the History of France.
A hundred years later, the French government has decided to pay homage to all those who fought and lost their lives in the cold and cruel trenches of the Somme and other battlefields of the Great War; a documentary film titled ‘100 Years’ will show the sacrifice of Subedar Manta Singh who saved the life of his British companion before losing his own life. Born in Jalandhar district in 1870, Manta Singh belonged to 2 Sikh Royal Infantry. One day, crawling through a no man’s land, he and his friend Henderson came under German fire. Manta somehow managed to push his companion under a wheelbarrow, saving the Brit’s life; unfortunately, fatally wounded in the process, he died soon after.
The film written and directed by Paris-based Punjabi writer Vijay Singh, is sponsored by France Television and the French Embassy in India. It uses rare photographs, film footages, and press clippings to show that many Indian soldiers won the appreciation of the French.
More than 1,000 such initiatives should mark the commemorations of the Great War, during which France will try to pay back a small portion of its debt to the Indian jawans. 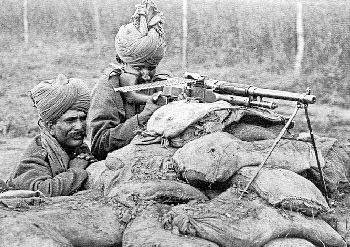 A few years ago, David Omissi, a military historian wrote Indian Voices of the Great War: Soldier’s Letters, 1914-18 (Palgrave, 1999). This edited collection of letters sent by Indian soldiers to their family in India (and their replies) is deeply touching.
Places such as Ypres, La Bassée, Neuve Chapelle, Festubert, Loos and Givenchy will remain engraved forever in the military history of India and France. So many jawans of the 9 Bhopal Infantry, 15 Ludhiana Sikhs, 47 Sikhs, 57 Frontier Force, 58 Frontier Force, 59 Frontier Force, 89 Punjabis, 107 Pioneers, to quote a few, valiantly fought for a country that they did not know; they could not even speak the language.
For most of the Indian soldiers in the Allied forces, it was their first trip to Europe (and for many, their last as they ended being buried on the front).
As he arrived in France, an Indian soldier wrote to his family: “What is Paris? It is heaven!” He soon discovered that the trenches were Hell.
Another bewildered jawan described Paris: “To-day I saw a museum in which all the living fishes of the world were kept in boxes of water and a magnificent palace which cost millions of pounds.” He must have visited Versailles Palace.
Another one in transit in London explained: “in the train that goes under the earth … a strange and wonderful experience — they call it the underground.”
Nobody had even heard of a ‘Tube’ in his native Punjab. 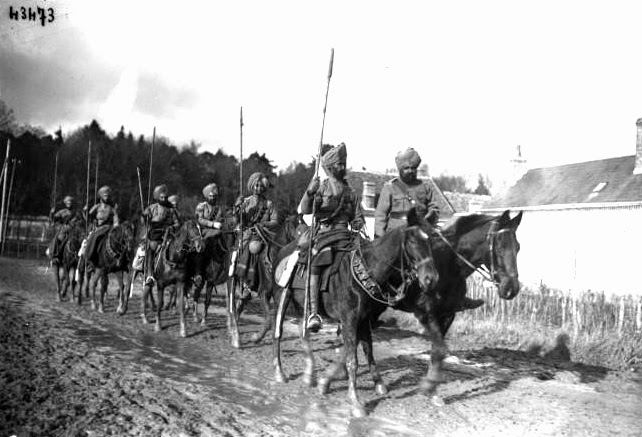 Though some of the Indian soldiers could not read or write, they were allowed to dictate letters to their families and the answers were read out to them.
On September 19, 1916, one Farrier Major Khan wrote from Punjab to Wali Mahomed Khan of the 18 Lancers who was on the front: “I have heard all about your amours with the French women and how the officers forbid it. I can quite imagine how, if you know enough of the language, you have a great time and try to make yourself out a trustworthy person. I have no doubt you are always meeting the French people. It is a great pity that you never write any real account of the war in France.”
They did not have a ‘great time’; further their missives were heavily censured. Interestingly, it is why one can still see them at the India Office Record (IOR) in London. The website of the British Archives explains: “At the beginning of the War, in response to an Indian 'revolutionary' distributing 'subversive' literature, a Censors office, under Captain E.B. Howell, was set up in Boulogne [near Paris] to censor Indian out-going as well as in-coming letters, both from the front and from the hospitals in England.”
he IOR is right when it affirms that the ‘Censored Mails’ are of great sociological importance and provide vivid testimonies of how Indian soldiers and civilian personnel saw the War, France, and Britain.
The Indian jawans knew that the letters would be checked: “We are not allowed to write about the war. What they put in their papers is all lies; we have only captured 400 yards of trenches. The war is very hard”, one soldier said.
Farrier Major Khan ‘wisely’ advised his relative: “No doubt your officers read the letters. But cannot you devise any way of dodging them? I will tell you what to do. When you write a letter, on one page write in invisible ink made out of lemon juice and I will read everything. If you cannot get this, take some lime which has not been wetted and grind it up and mix it with water and write and I shall be able to read it all.”
The story does not tell us if Wali Mahomed tried the trick.
In a rare description of the operation in September 1916, one Daya Ram of the Jat Regiment told Kalu Ram in Ambala: “I went into the trenches on August 7 and returned on August 28. Some of our men were wounded. I am not permitted to give any fuller details. The battle is raging violently, and various new ways of fighting have been introduced. The ground is honeycombed, as a field with rat holes. No one can advance beyond the trenches. If he does so, he is blown away. Mines are ready charged with explosives.”
Daya Ram continues his vivid account: “Shells and machine guns and bombs are mostly employed. No one considers rifles nowadays, and serviceable rifle ammunition is lying about as plentifully as pebbles. At the trenches, thousands of maunds of iron, representing exploded shells, lie on the ground. At some places corpses are found of men killed in 1914, with uniform and accoutrements still on. Large flies, which have become poisonous through feasting on dead bodies, infest the trenches, and huge fat rats run about there.”
By that time, most of the surviving Indian troops had been sent to a more clement climate in Turkey, only a few Indian cavalry regiments were still on the front.
Jemadar Indar Singh belonged to one of them. He explained to Chattar Singh who lived in Ludhiana district: “I am off for a cavalry attack on the September 15 [1916]. It is quite impossible that I should return alive because a cavalry charge is a very terrible affair, and therefore I want to clear up several things which are weighing on my heart at present. Firstly, the sharp things you have written to me have not annoyed me. Don’t be grieved at my death because I shall die arms in hand, wearing the warrior’s clothes. This is the most happy death that anyone can die.”
This is perhaps what made the Indian soldier so special to the Empire.
On October 7, 1927 France officially acknowledged India’s participation in the World War and expressed its deep gratitude. A memorial in Neuve-Chapelle was inaugurated by Ferdinand Foch, Maréchal de France and Commander-in-Chief of the Allied Armies who paid a vibrant homage to the Indian soldiers. The old Marshal told Indian representatives: “Return to your faraway Oriental country, bathed in sun, and make the entire world know how your countrymen have soaked the cold soil of northern France and the Flanders with their blood; and how with an exemplary courage, they have delivered France. They fought hand-in-hand with a redoubtable enemy, also, tell everybody in India that we shall look after the tombs of your soldiers with the same devotion that merits our own dead.”
During the centenary celebrations, France and Britain should express their deepest appreciation for the role of Indian soldiers, though it is not clear for which cause, the Punjabis, the Baluchs or the Gorkhas fought so bravely. This is often the cases in wars; years later, the reasons for conflict becomes blurred.
And as an irony of history, the Germans and the French are today great pals trying to build Europe together. It is undoubtedly better that way.

On the occasion of the 100 years, most of these letters have become available online on the site of the British Library and the EU’s archive project, Europeana. It is worth having a look.