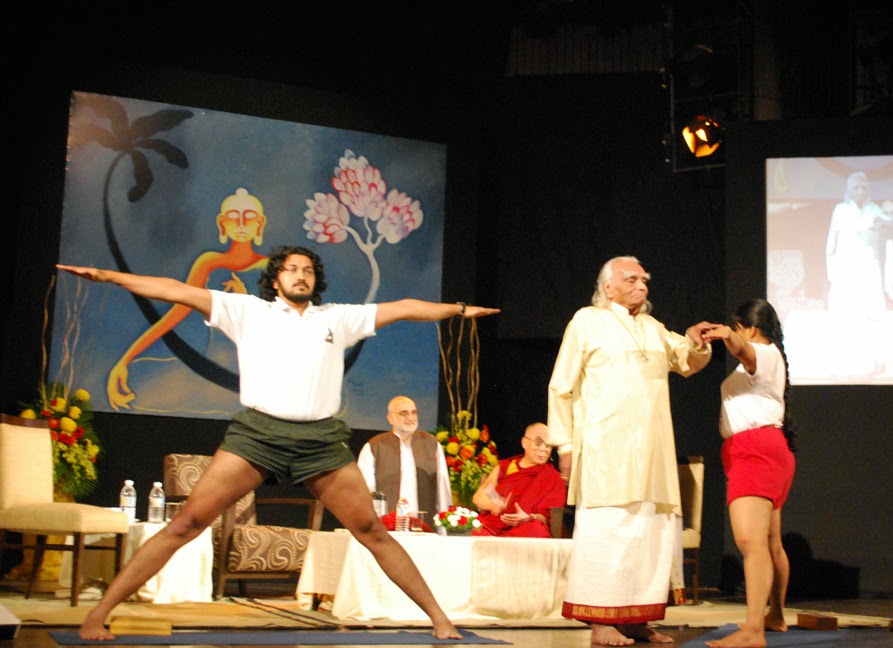 According to PTI, world-renowned yoga guru and founder of the Iyengar School of Yoga, B.K.S. Iyengar passed away early this morning.
PTI says: "96-year-old Iyengar had been ailing since some time and was admitted to a private hospital here [in Pune] a week back. He was put on dialysis after his condition worsened two days back."
The master breathed his last at 3.15 AM.
Iyengar, who is survived by a son (Prashant) and a daughter (Geeta) was a Padma Vibhushan awardee.
Iyengar was considered one of the foremost yoga teachers in the world. He wrote many books on yoga practice and philosophy including 'Light on Yoga', 'Light on Pranayama', and 'Light on the Yoga Sutras of Patanjali'.
Prime Minister Narendra Modi condoled the death of BKS Iyengar.
He twitted, "I am deeply saddened to know about Yogacharya BKS Iyengar's demis; offer my condolences to his followers all over the world", adding "generations will remember Shri BKS Iyengar as a fine Guru, a scholar; a stalwart who brought Yoga into the lives of many across the world," the Prime Minister said.
Born in 1918 at Bellur in Karnataka, he came to Pune in Maharashtra in 1937 where he began to popularize yoga; in 1975, he set up his own 'Yogavidya' institute which later expanded in various branches across the country and abroad (lately, he became very popular in China).
PTI adds: "The senior-most internationally acclaimed yoga guru had taught 'yogasanas' to many prominent personalities along with commoners."
I am posting here some pictures of B.K.S. Iyengar with the Dalai Lama in 2010 in Delhi. 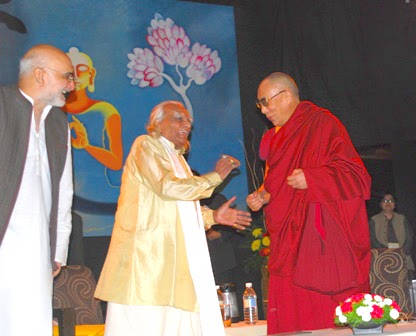 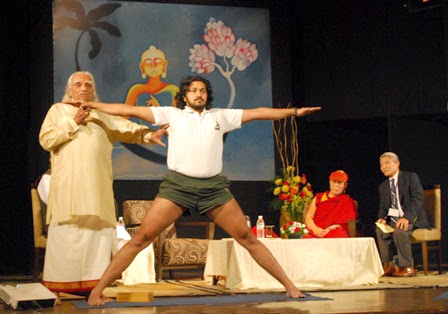 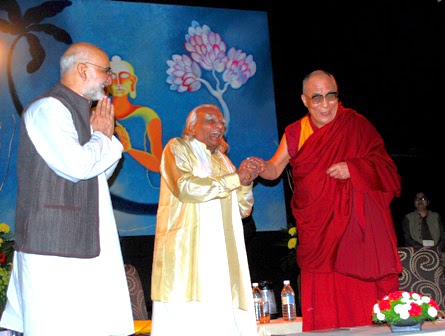