Weakness of the Oppressor and the Aggressor 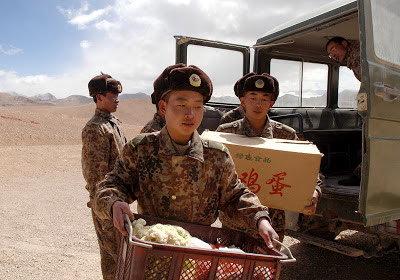 The Tibetan Centre for Human Rights and Democracy (TCHRD) has got hold of a fascinating manual which exposes the psychological trauma faced by the People's Armed Police (PAP) in Tibet.
I wonder if a similar manual has been distributed to the jawans and officers posted for years opposite the Indian troops in Ladakh (in the Ali [Ngari] Military Sub-Command, under the Xinjiang Military Command of Lanzhou Military Region).
Though not confronted with violence like the PAP in Sichuan or Gansu, the young Han soldiers must have a traumatic psychological life, just because their political bosses in Beijing insist on grabbing a few sq. kilometers more of Indian land.
It is easy to redo the world with 'ifs', but 'if' China was a normal country, 'if' China was a normal neighbour, its leaders would allow others to dream, like President Xi is now exhorting his countrymen to do.
Today in Tibet, Tibetans can't dream.
If China was a normal country, it would be good for the poor PAP's soldiers who do not understand what they are doing in Tibet. It would also be good for China's finances (let us not forget that Beijing's budget for 'internal security' is higher than the Chinese Defence budget).
It would be good too for China's image and good for the Tibetans who only aspire to some 'normal' basic freedoms.
If China was a 'normal' neighbour, its leadership would not pick up fight with most of its neighbours, forcing the latter to increase their defences and put up infrastructure all over the Himalayas.
But it is only 'if'; today, China is not a 'normal' State. 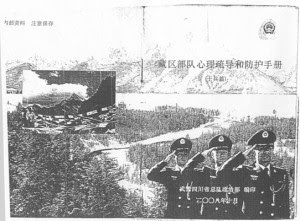