Malpasset: An Act of Terrorism? 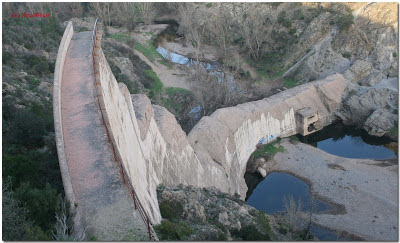 Have you heard of the dam of Malpasset?
It was an arch dam on the Reyran River, built approximately 7 km north of Fréjus on the Côte d'Azur, in the Var Departement of south France.
The dam, which was an arch type with variable radius, was started in April 1952 and completed in 1954.
Delays due to lack of funding and labor strikes (not an unusual feature in France) the construction halted a few times.
On December 2, 1959, the Malpasset dam collapsed.
Shortly after 9 pm, the entire wall broke open with only a few blocks remaining on the right bank. Pieces of the dam can still be seen today scattered throughout the area.
The breach created a massive wave, 40 m high, moving at 70 kilometres per hour. It destroyed two small villages, Malpasset and Bozon, the highway construction site nearby and 20 minutes later reached Fréjus. The wave was still 3 metres high.
Various small roads and railroad tracks were destroyed on the way, water flooded the western half of Fréjus town before finally reaching the sea.
The tragedy cost the live to 423 people.
The dam of Malpasset dam was meant to supply a steady stream of water for irrigation in a region where summers are dry and rains capricious. Under the stress of a vicious downpour of seasonal rains and probably due to fissures in the rock that supported its foundation, the dam collapsed.
After an inquiry was conducted, it is what was concluded.
Weeks before the breach, some cracking noises had apparently been observed, though not properly examined.
When did the cracking noises start? Nobody could say for sure.
The right side of the dam had some leaks in November 1959.
Some blamed a tectonic fault as the most likely cause of the disaster. The water collected under a wall was unable to escape through the rocks.
Further, between November 19 and December 2, 1959, the area had 50 cm of rainfall, in the last 24 hours before the breach alone, 13 cm were recorded.
The water level in the dam was only 28 cm away from the edge. As rains continued, the dam guardian wanted to open the discharge valves, but the authorities refused, claiming the highway construction site would be in danger by flooding water. Just 3 hours before the breach, at around 6 pm, the water release valves were opened, but a discharge rate of 40 m³/s was unfortunately not enough to empty the reservoir in time.


An act of terrorism? 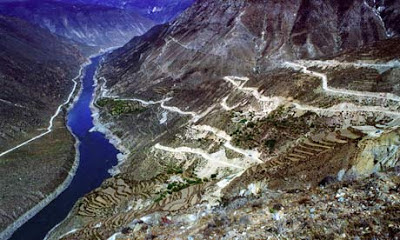 Now, a French new TV documentary claims that the collapse of the Malpasset dam could have been an act of terrorism by Algeria's National Liberation Front (FLN).
The TV channel Arte claims that archive documents reveal that German secret service agents knew of the Algerian plot but allegedly failed to inform their French counterparts. The dam burst was till now considered an accident.
Can you imagine what could happen in the Himalayas with the myriads of dam, in case of a conflict with China?
Posted by Claude Arpi at 2:59 PM