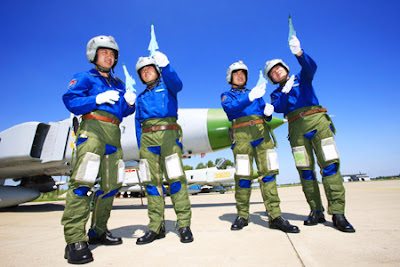 It was perhaps due to some special constellations, but yesterday several Chinese commentators were breathing fire; they were in a 'fighting' mood.
I post here three articles which appeared on the China Military Online and in The People's Daily.
These commentaries speak for themselves.
In the meantime, Hina Rabbani Khar, Pakistan's Minister for Foreign Affairs was also in a combative mood; she put the blame on India for the tensions on the LOC.
Speaking at the Council for Foreign Relations in New York, she said that she was "saddened and disappointed at the continued negative statements emanating from India both from the media as well as certain Indian leaders.”
She added that Pakistan has observed a measured and deliberate self-restraint, especially in public statements on India, ...keeping in view the interest of peace in the region.”
She explained: “We have invested hugely in the dialogue process and have worked energetically to keep the dialogue process moving forward in a sustained and constructive manner, Pakistan has gone out of the way to build constructive relationship with India.”
She advised Indians restraint, "instead of issuing belligerent statements by the military and political leaders from across the border and ratcheting up tension."
She has just forgotten that her troops beheaded an Indian jawan in a barbaric manner.
Probably, a detail for her.
Here are examples of Chinese Media War. 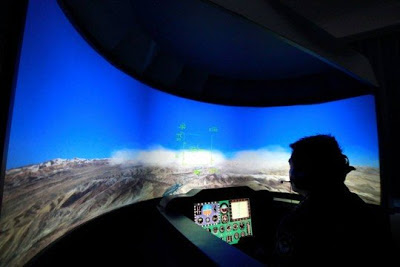 Chinese soldiers should be ready for battle
Meng Yan
January 16, 2013
National interests are always the focus of the soldier’s attention. To safeguard national interests is always the power source to motivate soldiers. The mission of the military should expand to the place where the national interests extend to. With the expansion of China’s national interests, the battlefield for soldiers has become more and more diversified. The soldier’s vision should be broaden and cast onto the deep blue ocean, the vast aero space, and the virtual networks.
It is for this reason that Chinese soldiers should get ready for battle and should not be fooled by such clamored idea as the “China threat theory”. At this moment, there are always some public opinions from overseas wantonly accusing China’s military development with such excuses as “causing military imbalance in the region”, “causing arms race in the Asia-Pacific region”, and the like. Nevertheless, we should keep a clear mind, because all the suffering and humiliation that China has sustained in modern history tell us the truth that: “Rich country with no strong military forces is doomed to nothing”. It is quite normal for the national defense construction to be criticized by outside world. It is never a smooth process for a country to develop the national defense.
We express great concern over the security of our maritime space, aero space, and cyberspace on our way towards a prosperous country with powerful military force. Despite of all these, we are by no means a belligerent country with the ambition to dominate the world. Instead, we are a nation riding on the tide of peace on a sail of development towards the promotion of the collective development of the whole world. 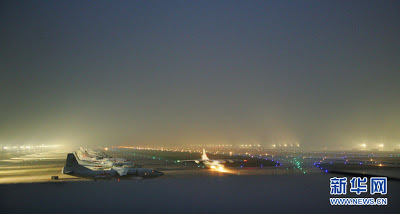 The recent escalating situations in the South China Sea and the East China Sea, the new Japanese Abe administration’s drawing of Vietnam, Philippines and other East Asian countries to its side in order to contain China, as well as the letter they wrote to NATO leaders for the purpose of smearing China, which have formed layers of pressure to counterbalance China.
Japan’s Self-Defense Forces (SDF) have held very frequent drills focused on the Diaoyu Islands for the past days, and boasted of firing warning shots at China’s marine surveillance ships. This confrontation between China and Japan, which has been so rare since World War II, has escalated from the original air force mutual monitoring over the waters around the Diaoyu Islands to the verge of war.
China will not frivolously wage a war, but “if we are attacked, we will certainly counterattack.” This is absolutely our bottom line. Therefore, we should prepare ourselves to fight a battle as soon as possible.
Then, what kind of war are we preparing to fight? Don’t be so naive to take it for granted that maritime issues can be resolved in maritime ways and the Diaoyu Islands conflict is merely the confrontation between the two navies and the two air forces. For the soldiers, there is no difference among arms, and no difference between the front and the rear in a war, even just in a local conflict.
Prof. Jin Yi’nan once made an intriguing statement: “You can only prepare yourselves for a large-scale war in order to control a local war. According to Western risk control and warfare control theories, by upgrading the war scale to cause greater damage to the other side, the other side thus decides not to upgrade but stick to the local scale. Without this capability, the scale of the war is very likely to grow out of control.” Therefore, soldiers should be mentally prepared that “the war cannot be fought without me.”
We also need to figure out why we should be prepared to fight and what kind of war we are going to fight. We should prepare ourselves according to our positions and responsibilities. What kind of war are we able to fight? We can no longer shout for war preparation as a slogan. Therefore, soldiers must be well-prepared that “there’s always a plan ready for the war”.
It is the duty and value of the military and soldiers to be able to fight and to win the war. The concept should be prevalently rooted in the minds of the officers and men that soldiers are meant to fight in war, troops are led to fight in war, and military training is conducted for war. We should be ready to fight a war at any time so that once the order is given, victory is to be won. 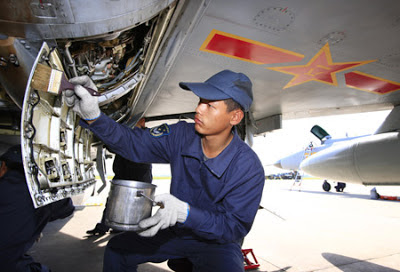 Commentary: China advocates peace but will never trade in peace
People's Daily Online
January 16, 2013
“Never solve the issue of the Diaoyu Islands by force. China and Japan should not deal with the issue of the Diaoyu Islands through war.” said a netizen recently about the dispute of the Diaoyu Islands.
Maj. Gen. Luo Yuan, a famous expert on military issues, expressed that the netizen referred to a very idealized state. Peace is a balance of power. Peace will also come if one side imposes his will upon the other side, but it is a dirty and humiliating peace. Although we advocate peace, we can never trade in peace.
By quoting the strategy of “the best policy in war is to thwart the enemy’s strategy; the second best is to disrupt his alliances through diplomatic means; the third best is to attack his army in the field; the worst policy of all is to attack walled cities” from The Art of War, Luo Yuan said that to attack the army and walled cities is the last resort, but also an indispensable and irreplaceable resort. Previously, we should resolve the issue with wisdom and strategy. Now, we are not at the end of our wisdom and strategies on the issue of the Diaoyu Islands, and we still have many non-war means to choose.
However, it does not only depend on the Chinese side whether the issue of the Diaoyu Islands will be solved through peaceful means or not. The tree craves calm but the wind will not subside – things do not go on as we wish. Presently, the Japanese side has frequently escalated the tension of the issue of the Diaoyu Islands and pushed the situation to the brink of war, and therefore, we must prepare for the worst. Luo Yuan said that only by being prepared can we avoid dangers and only by daring to fight can we make peace with each other, which is the dialectics of war and peace.
Posted by Claude Arpi at 6:37 AM