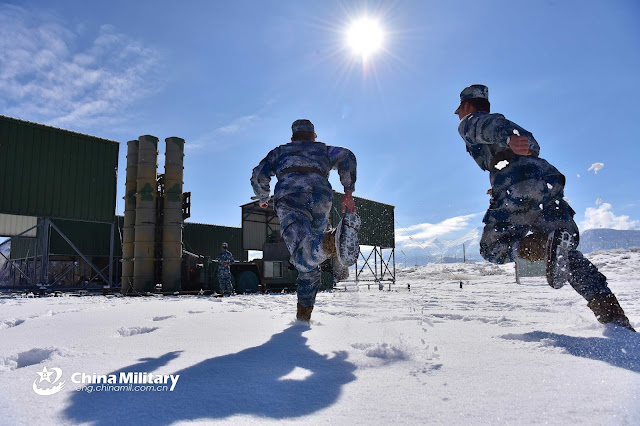 My article Wake Up India appeared in Mail Today

It is rather unusual to wish your countrymen (and your neighbours) with a War Cry. It is what Xi Jinping, the Chairman of China’s Central Military Commission (CMC) and Chinese President, did.
On January 4, during a CMC meeting, Xi ordered the Chinese armed forces to enhance their combat readiness and be prepared for war.
Xi urged the armed forces to resolutely safeguard China’s national sovereignty and withstand complex situations and severe struggles: “The world is facing a period of major changes never seen in a century," he asserted while speaking of the various risks and challenges facing China.
The Chinese Armed Forces are expected to speed up their preparation in view of a series of landmark anniversaries in 2019, particularly the 70th anniversary of the founding of the People’s Republic; the 1989 massacre of Tiananmen Square will, of course, be omitted from the ‘celebrations’.
Four days later, the Chinese State-owned Global Times reported that some units of the People's Liberation Army Ground Force (PLAGF) stationed in Tibet have been equipped with a new vehicle-mounted howitzer to boost China's combat capability and improve border security.

China's arm race
The mouthpiece of the Communist Party referred to the new system as ‘PLC-181’, claiming that it had already been deployed by an artillery brigade in Tibet during the 73-day-long stand-off in Doklam in 2017.
At the same time, Xinhua reported that some 2 million personnel had been involved in more than 18,000 mostly small-scale exercises in 2018. The report did not offer a comparison for 2017, but state media reported earlier that the PLA conducted roughly 100 larger-scale exercises in 2016.
Apart from that, China has been active for months in boosting its border defence with India; one can cite a few examples: construction of Xiaogang (‘moderately well-off’) model villages in Tibet on the Indian border; rapid development of infrastructure on the plateau (in particular three new airports in Lhuntse, Purang and Tingri); new drones to boost border control; the new-generation Type 15 lightweight battle tanks, which are much swifter and have better mobility than other armoured vehicles that can easily be deployed in Tibet in the event of a conflict with India.
At the Airshow China 2018 in Zhuhai, a new laser weapon system was displayed. According to The Global Times quoting military analysts, it could “effectively contain tactical reconnaissance and prevent terror attacks and can be easily deployed on level ground like in Tibet and islands of the South China Sea.”
The LW-30 laser defense weapon system could use a directional-emission high-energy laser to quickly intercept many kinds of aerial targets, such as photoelectric guidance equipment, drones, guided bombs or mortars.
Another article spoke of troops equipped with futuristic individual combat weapons like grenade-launching assault rifles, corner shot pistols and knife guns; it is said that the PLA special forces were building ‘Super Soldiers’ able to meet the requirements of a ‘digital’ modern warfare.
Already in August 2018, photos of China-developed Z-20 utility helicopters trended on Chinese online military forums; it is to replace the imported UH-60 Blackhawk and will be deployed in Tibet.
Many more such examples could be cited.
All this shows that China is working hard to be ready to face any contingency.

The 'BRO' Code
India needs to take necessary counter-measures to boost the preparedness of its forces along the Line of Actual Control (LAC).
The tragedy is that in the present set-up, politicians are more interested by petty electoral gains than national interests.
The pace of development on the Indian side of the border is painfully slow.
The Minister of State for Home Affairs, Kiren Rijiju stated in the Lok Sabha that 73 roads had been identified as strategic Indo-China Border roads (ICBRs) with a total length 3812 km, out of which 61 ICBRs with a length of 3417 km have been entrusted to Border Roads Organisation (BRO). Out of the 61 ICBRs, only 28 roads (981 km) have been completed.
In Arunachal Pradesh alone, 11 roads (1110 km) have been identified as priority; though the government says that connectivity has been achieved for several roads, in practical terms many are not motorable as yet.
The quasi monopoly of the BRO is a serious problem. Can the government be bold enough to bring in private players on a big scale in ‘national interests’, before the elections. It is doubtful.
The main reasons given by the Minister for the slow pace are: “delay in obtaining Forest/Wildlife clearances, hard rock stretches, limited working season, difficulties in availability of construction materials, delay in land acquisition, natural calamities and strategic security consideration.”

Soft Weapons
Being ruled in a totalitarian manner, the Middle Kingdom, does not have the ‘political’ and bureaucratic compulsions facing a democracy.
Developing the border infrastructure (roads, advanced landing grounds, communications) more vigorously than presently, should be India’s first priority for 2019; it is the only chance to ‘dissuade’ China.
Another ‘weapon’, a soft one, needs to be mentioned; for the first time in 2018, the number of Chinese tourists in Tibet exceeded 30 million, up 31.5 percent from the previous year. The TAR government hopes to receive 40 million visitors in 2019. What does it mean for India? It will translate into a change of the demography of the plateau and trigger an exponential growth of dual-use (civil and military) infrastructure; not only in the big urban centers such as Lhasa, but in the smallest hamlets on the India border too.
This is a dreadful time bomb ticking louder and louder.
Apart from the infrastructure development, the acquisition of the Rafale aircrafts (and their arrival at Hasimara Air Force Station in Bengal) could be a game changer …if the Opposition lets it happened. In the meantime, Beijing greatly enjoys watching the debates in the Indian Parliament. 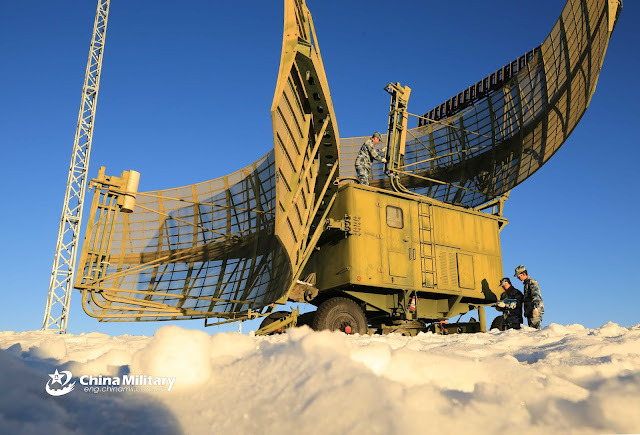