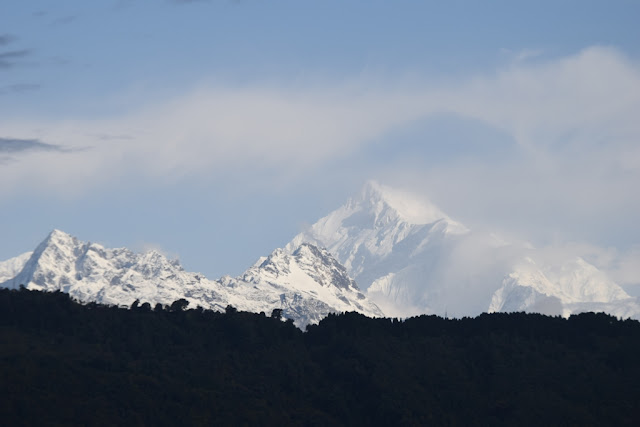 In terms of India’s security, Sikkim remains a trend-setter and a model; India can’t afford to have insecure and ‘unhappy’ borders, when the northern neighbour is always ready to change the status quo, writes Claude Arpi for South Asia Monitor

In the summer of 2017, the Doklam incident could have taken a dramatic turn for India (and China too!); fortunately, it ended well with the withdrawal of the Chinese and Indian armies from an area near the trijunction between Sikkim, Tibet and Bhutan. However, early 2018, several media reports mentioned fast-paced road construction activities in the area, particularly a 12-km-long stretch from Yatung, in Chumbi Valley, to Doklam, being built by China.
“The black-topping of the road, which according to sources, has been underway since the middle of September 2017, means that the Doklam plateau will see an increasing deployment of PLA in days to come,” News18 reported.
A crucial factor in India’s favour has been the strategic and political stability of the border state of Sikkim. For several reasons, it is vital for India’s security that it remains so. First, Denjong or the Valley of Rice, as Sikkim is traditionally known, is a prosperous state; that the charismatic Chief Minister Pawan Kumar Chamling has become the longest serving Indian Chief Minister in 2018 is a clear sign of its stability.

Sikkim is also India’s first organic state, showing the way to other progressive states in the country. On October 12, 2018, Sikkim won the UN Food and Agriculture Organisation's (FAO) Future Policy Award 2018 for being the world's first 100 percent organic state. The citation said, “Sikkim is the first organic state in the world. All of its farmland is certified organic… Embedded in its design are socio-economic aspects such as consumption and market expansion, cultural aspects as well as health, education, rural development and sustainable tourism.” This makes Sikkim particularly special.
In terms of India’s security, Sikkim remains a trend-setter and a model; India can’t afford to have insecure and ‘unhappy’ borders, when the northern neighbour is always ready to change the status quo. Another welcome change has been the disenclavement of the state.

On September 24, 2018, Prime Minister Narendra Modi inaugurated an aerodrome at Pakyong, near Gangtok, Sikkim’s capital. The airport has been constructed at a cost of some Rs 600 crore, the first commercial flight from Pakyong taking off on October 4 with SpiceJet operating a 78-seater Bombardier Q400 flights to and from Delhi, Kolkata and Guwahati. Recently, an Antonov AN-32 transport aircraft of the Indian Air Force landed for the first time at Pakyong. It will be a game-changer for the Indian Army.
The way for India to strengthen its Himalayan boundary lies perhaps in Sikkim. When one reaches Gangtok, the first thing one realizes is that Sikkim is spotlessly clean and the environment well-protected. This is particularly striking when coming from a state where plastic and garbage litter every public place. It is a truly refreshing and uplifting experience to see clean forests, streams and villages. Driving up from West Bengal, Sikkim seems like paradise.
This brings the possibility of developing eco-tourism, which could bring rich dividends. But that is probably not enough. It is also necessary to empower the local population. Chamling has recently decided to institute a universal basic income for each of Sikkim’s 610,577 citizens. If the scheme is a success, Sikkim will become India’s most progressive state.

Though Sikkim is today stable, large sections of society feel they have been victim to historical injustices in the past. After the merger with India in 1975, some communities were excluded from tribal status. A two-day summit, organised by EIECOS (Eleven Indigenous Ethnic Communities of Sikkim), in May 2018 in Gangtok demanded that all communities with a Sikkim Subject’s Card should be given ‘tribal’ status and Sikkim be declared a tribal state, like other north-eastern states. Three years after Sikkim joined India in a quasi-unanimous referendum, some communities were unfortunately left out, while Scheduled Tribe recognition was granted to others.
While inaugurating the Sikkim Summit for Tribal Status 2018, Chamling said: “We embraced India as a country on the condition of never compromising our uniqueness as Sikkimese people, protected by the Indian Constitution.”
With fast-paced developments taking place on India’s borders, the pressure is going to greatly increase. For the local population to remain steadfast, a small gesture such as granting tribal status to Sikkim would go a long way to make the people of Sikkim happier and, therefore, more prepared to support the defence of India’s borders.
This is valid for other Himalayan states which too have their long-pending demands which are often ignored by Delhi. It is true for Ladakh, for Arunachal Pradesh, and also for Himachal and Uttarakhand. India needs to satisfy the basic aspirations of the local populations and give them the freedom to develop according to their own genius.
A visit to Nathu la, the border pass between India and China, makes one realize the strategic importance of Sikkim which has the potential to keep peace between the two Asian giants despite recurrent tensions. It witnesses BPMs (Border Personnel Meetings) between the Indian and Chinese Army, in a ‘hut’ built for the purpose, several times a year. It symbolizes the decision taken at the highest levels in India and China to resolve localised border issues around a table.
The Himalayan people may not represent a large or politically influential section of the Indian population, but the country’s security depends on them. Let us hope that Sikkim can remain a model of stability and lean environment, as well as a beacon for other Indian states. It is the need of the hour.
Posted by Claude Arpi at 5:29 AM