In kalyug we shall return ahimsa for ahimsa, but if anybody resort to force against us we shall meet it with force 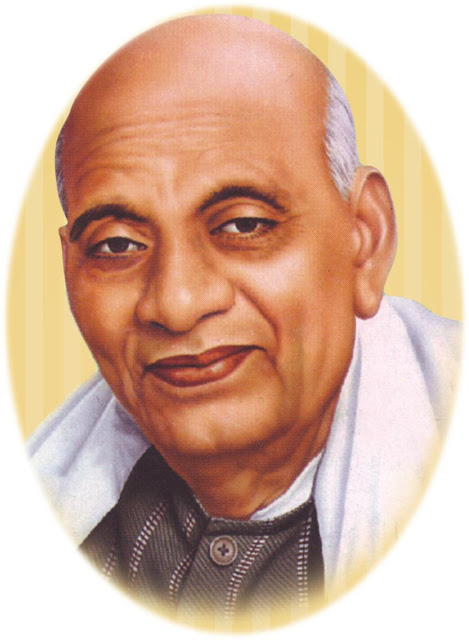 I am posting today, what is probably the last public speech of Sardar Patel.
On November 11, 1950, the Deputy Prime Minister of India addressed a meeting organized by the Central Aryan Association to commemorate the 67th death anniversary of Swami Dayanand Saraswati.
This raises a serious question: very little research has been done on the last weeks of Patel's life.
It is highly regrettable.
One of the problems is that all historical documents of this period remains classified in the MEA.
Why should the Modi Government follow a Congress policy is difficult to comprehend.

The Sardar passed away on December 15, two days after being 'shifted' to Mumbai (because 'Delhi was too cold').
What do we know about the last one month of Patel's life?
Practically nothing, except that he opposed Nehru's policy on Tibet.
His prophetic letter on Tibet written on November 7 raises further questions.
A note sent to Bajpai shows that Patel had got his information from the General Secretary of the Ministry of External Affairs (Sir Girja Shankar Bajpai), who was getting regular information from Sumul Sinha, the Head of the Indian Mission in Lhasa.
Another unanswered question: did Nehru acknowledge Patel's 'prophetic' letter addressed which raised number of serious security issues for India.
Probably not.
Did Nehru inform Patel about his decision in early November, to radically change India's Tibet policy, as reflected in Nehru's note addressed to B.N. Rau, the Indian Representative to the UN on November 18.
Probably not.
Patel, by the end of November, was a dejected man and he fell sick.On December 13, after he had been 'shifted' to Mumbai, Patel was divested of all his portfolios by the Prime Minister, he was not even informed.
He was deeply hurt and he passed away 2 days later.
On that day, ministers were told to continue their business as usual.

Here is a report of his last speech.

Sardar Patel Exhorts people to stand unitedly to see conditions in Tibet and Nepal and defend their country
The Hindustan Times, 11 November 1950

"In this kalyug we shall return ahimsa for ahimsa. But if anybody resorted to force against us we shall meet it with force."

Sardar Patel said in Delhi that the present or potential dangers arising from what was happening in Tibet and Nepal made it incumbent on the people to rise above party squabbles and unitedly defend their newly-won freedom. The path shown by Mahatma Gandhi and Swami Dayanand, he added, would help the people to tide over these none too easy times.
Sardar Patel was addressing a meeting organized by the Central Aryan Association to commemorate the 67th death anniversary of Swami Dayanand Saraswati, social reformer and thinker.
Referring to the recent developments in Nepal, Sardar Patel said: "In this country, our near neighbour, the Raja has sought sanctuary in the Indian Embassy. How could we refuse to give him refuge? We had to give it.
Those who are wielding real power today in Nepal do not accept the Raja as the head of the State. They have installed the Raja's three-year-old grandson on the gaddi. They want us to accept this position. How can we do so?"
Sardar Patel emphasized that the 'internal feud' in Nepal had laid India's frontiers in the north wide open to outside dangers. It was imperative, therefore, for Indians to be well prepared to meet any challenge that might come from any quarter.
Sardar Patel criticized Chinese intervention in Tibet and said that to use the `sword' against the traditionally peace-loving Tibetan people was unjustified. No other country in the world was as peace-loving as Tibet. India did not believe, therefore, that the Chinese Government would actually use force in settling the Tibetan question.
"The Chinese Government," he said, "did not follow India's advice to settle the Tibetan issue peacefully. They marched their armies into Tibet and explained this action by talking of foreign interests intriguing in Tibet against China. But this fear is unfounded: no outsider is interested in Tibet. India made this very plain to the Chinese Government. If the Chinese Government had taken India's advice, resort to arms would have been avoided."
Continuing, Sardar Patel said that nobody could say what the outcome of Chinese action would be. But the use of force ultimately created more fear and tension. It was possible that when a country got drunk with its own military strength and power, it did not think calmly over all issues.
But use of arms was wrong. In the present state of the world, such events might easily touch off a new world war, which would mean disaster for mankind.
In these difficult times, Sardar Patel said, the duty of the Indian people lay not in fleeing from trouble but facing it boldly. That was the real message of both Swami Dayanand and Mahatma Gandhi. "Do not let cowardice cripple you. Do not run away from danger. The three-year-old freedom of the country has to be fully protected. India today is surrounded by all sorts of dangers and it is for the people today to remember the teachings of the two great saints and face fearlessly all dangers."
The Deputy Prime Minister continuing declared: "In this kalyug we shall return ahimsa for ahimsa. But if anybody resorted to force against us we shall meet it with force." Sardar Patel said that Swami Dayanand was one of the two great saints Gujarat gave to the world. Although Swami Dayanand and Mahatma Gandhi were born in Gujarat, they had dedicated their lives to the service of mankind. Ultimately they belonged to not only the whole of India but the world. It was for the people now to understand the teachings of these two saints and follow them in their actual lives.
The greatest contribution of Swami Dayanand, he said, was that he saved the country from falling deeper into the morass of helplessness. He actually laid the foundations of India's freedom. A movement against untouchability, later to be supported by Gandhiji, was launched, and reconversion to Hinduism of the already forcibly converted persons was started. Swami Dayanand put a complete stop to the tendency in those days of preaching adharma in the name of dharma, which had made the Hindu Dharma the laughing stock of the world. ,
"Swami Dayanand wiped off," he said, "the dirt and grime that had settled on the Hindu Dharma. He swept aside the cloud of superstition shrouding it and let in light."
In the Indian Constitution untouchability had been declared a crime and Hindi accepted as the national language. It was actually Swami Dayanand, Sardar Patel said, who first propagated that Hindi be made the national language.
People should also remember that Swamiji did not get foreign education. He was the product of the Indian culture. Although it was true that they in India had to borrow whatever was good and useful from other countries, it was right and proper that Indian culture was accorded its due place.
Posted by Claude Arpi at 6:33 AM