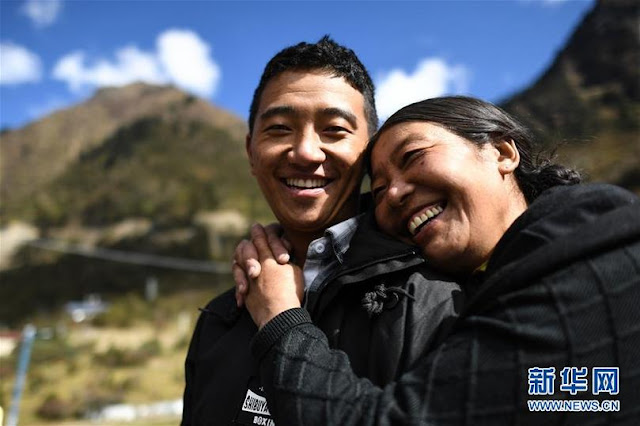 China Tibet News yesterday reported about the "Villagers’ good life in Yulmed".
Yulmed is Yume, the small village adopted by Emperor Xi, north of Upper Subansiri district of Arunachal Pradesh,
This village has often been mentioned on this blog.
It was said to be the smallest village in Tibet.
According to yesterday's article, it is still "China’s smallest township, located in the foothills of the Himalayas near the border of China and India," but, Oh Miracle, the population has grown from 32 inhabitants to 197.
How? The Chinese media does not explain this detail.
The article just affirms that Yume, located about 200 kilometers from the county seat of Luntse (which incidentally will soon have an airport) is 'happy': "with the development of economy and the improvement of environment of Yume Township [yes, it has become a township!!], it has built numerous new houses for local villagers."
Villagers and obviously outsiders.
It was said that later this month, "197 villagers of the township will be moved into their new houses, and their living environment will be greatly improved."
What does it mean?
There is a definitive plan to repopulate the borders with India by creating new model 'townships'.
This should be a serious issue for Delhi.
Some two years ago, long before anybody had heard of the hamlet, Wu Yingjie the Party Secretary of the Tibet Autonomous Region,  had visited the area.
Probably based on his report, Chairman Xi adopted the tiny village.
For India, whether the villagers have a good life or not, is not the question; this new development is bound to put pressure on the border, at a time, when Indian villagers are migrating in large number from the border areas toward the cities (in Uttarakhand for example, it is an extremely serious issue).
Why can't India open its border villages to eco-tourism? 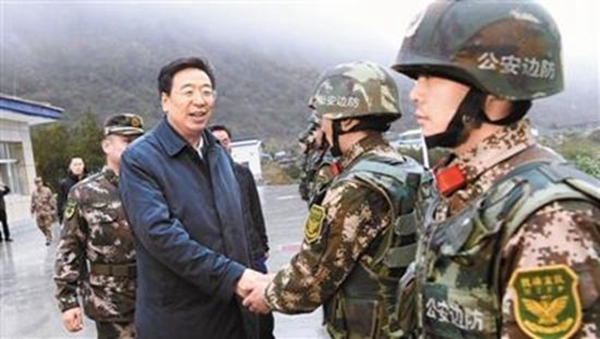