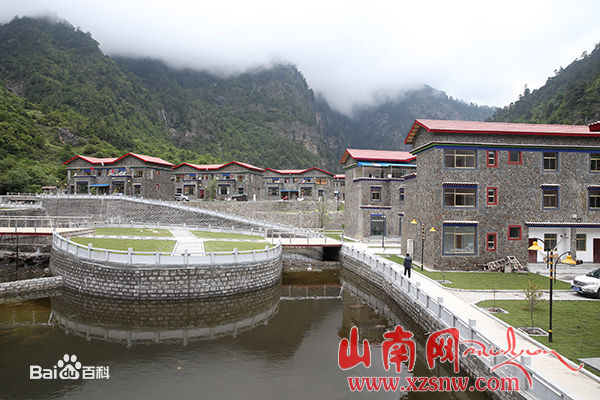 In the recent weeks, I often mentioned the mushrooming a new ‘model’ villages on the Tibetan side of the Indian border, mainly north of Arunachal Pradesh. This development has been linked with ‘poverty alleviation’ and the ‘defense the borders’.
Several senior Communist leaders have visited these new villages, either north of Kibithu (there is War Memorial as a bonus); in Metok, north of Upper Siang district; in Yume (also written Yumai), north of Takshing in Upper Subansari or in Lepo, Marmang and Tsona, north of Khenzimani and Tawang.
It is interesting to look at the recent increase of visitors in the TAR and the rationale behind this Chinese move. 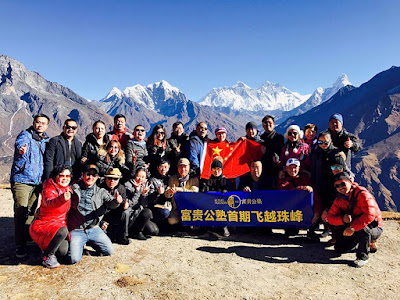 Tourism in the Tibetan Autonomous Region (TAR)
According to China Tibet News, Lhasa received 918,900 tourists (mainly inland tourism) during the first three months of 2018. It represents a year-on-year increase of 38%. The influx of visitors brought 1.2 billion yuan in tourism revenue, up 30%.
The accommodation in star-hotels soared by 35%.
Tourist attractions such as the Potala Palace and Jokhang Temple witnessed a double number of visitors (despite the ‘structural restrictions’ for the Potala).
The sales of souvenirs have doubled over last year.
During the tomb-sweeping holiday (around April 4 and 5), Lhasa welcomed 284,600 tourists generating 214 million yuan (35 million US $) in tourism revenue.
The representation of the epic opera about Chinese Princess Wencheng started on April 20; after five days only, this performance has attracted 8,531 tourists, a growth of 19% compared with the same period of last year.
But there is something new in the TAR and perhaps more important for India; it is the ‘border tourism’.

Development of border areas
TAR’s Party Secretary Wu Yingjie recently gave an interview to The People's Daily about the TAR’s development, particularly in the border areas.
As required by the Party etiquette, Wu Yingjie first quoted General Secretary Xi Jinping’s “series of important instructions for the work in Tibet.”
‘Pointing out the direction to follow for doing Tibet's good work’, he stated: “Being the guardians of sacred land and the builders of happy homes, this is the political task that the Party Central Committee with Comrade Xi Jinping as the core has handed over to the cadres and people of all ethnic groups in Tibet.”
‘Guardians of the sacred land and builders of the happy homes” is the new motto for Party’s work with the borders’ Tibetan populations.
Wu added: “We must firmly establish ‘four consciousnesses’ and firm up the ‘four confidences’, i.e. “Strengthen the ideals and beliefs, and vigorously promote the 'old Tibet spirit' and the 'two-way spirit' [it is not clear what the ‘two-way spirit’ is] and work hard to promote long-term development and long-term peace in Tibet in the new era."
'Old Tibet spirit' refers to the work of the first Communist cadres who worked in Tibet in the 1950s.
When the reporter asked Wu about the significance of implementing the new strategy of “rejuvenating villages under the banner of the protectors of sacred homeland and the builders of happy homes” for managing the borders and maintaining the stability of Tibet, Wu answered: “This is the first requirement for carrying out the important strategic thinking of General Secretary Xi Jinping to govern the country and administrate the borders first.”

To govern the Nation
Let us recall that Xi Jinping has said: “Govern the nation by governing the borders, Govern the borders by first stabilizing Tibet, Ensure social harmony and stability in Tibet and strengthen the development of border regions.”
Wu also quoted Xi on the management of Tibet, the rule of law, the improvement of the life of the local people, the long-term construction of Tibet and the consolidation of the people’s minds.
These were the basic principles, said Wu.
The latter plan (consolidation of people's mind) is the Party's propaganda work to induce the local Tibetan population on the side of the Communist Party.
Making the inhabitants of the borders (with India) ‘the protectors of sacred homeland and the builders of happy homes,” can be found in each speech these days.

A confirmation of the Indian border?
As I mentioned a few months ago, one could be read in the scheme, the confirmation of the border with India in all the places mentioned above (where new model villages have come up).
However for China, the maintenance of Tibet’s stability is always the first priority; Wu asserted: “We must never allow the secession of an inch of land from the motherland in Tibet.”
He mentioned the Chinese nation’s “sense of community and the Chinese culture giving an emotional support, spiritual destination and spiritual homeland of all ethnic groups in Tibet.”
Whether this is true or not is another issue.
Wu boldly stated that the Tibetan culture is an inseparable part of the Chinese culture and is rooted in the minds of the people of the borders.”
He advised to ‘work hard on these lines’ and continue to promote the adaptation of the [Buddhist] religion to the socialist doctrine: “Education will guide the masses to treat religions rationally”, he argued.
This is of course debatable if ‘education’ can change the religious mindset of the Tibetan population.
The village-level party organizations should be built into strong fighting bastions that listen to the Party, reunite the people, develop the villages, get them wealthier and maintain Tibet’s stability, without failing 'to be confused'. The idea is to 'strengthen the feelings of the masses'.

A series of effective measures
Then, Wu dealt directly with “a series of effective measures to accelerate the development of the border areas”.
These measures are clearly post-Doklam.
The rationale is “to consolidate border security and to promote the deep integration of the military and the people.”
The Party boss spoke of improvement of infrastructure in the border areas, and “improving the dealing with the residents.”
Taking the example of Metok, north of Upper Siang district of Arunachal, he said that the county was now well-connected by concrete roads (and a tunnel!); Wu also mentioned the construction of Yumai, “the well-off village on the border as a breakthrough which is steadily progressing.”
As often mentioned on this blog, this is Chairman Xi Jinping’s pet project.
Every cadre has to praise it.
Wu added that “more and more border people are taking root in the snow-covered areas like Kelsang flowers.” Once again an expression used by Xi.

Different requirements
Wu mentioned different requirements for the proper implementation of this new policy of strengthening the border villages; one is the selection of the impoverished villages (in Chamdo, Nagchu, and Shigatse and other places in Western Tibet), he mentioned.
Another one is the industry’s precise requirements to support poverty alleviation and employment. Industries such as the barley production and selling of yak products have already lifted 32,300 people of poverty, affirmed the Party Secretary.
However, tourism and cultural industries remain the pillars of the scheme; it helps the poor to get rid of poverty through participation 'in tourism and cultural industries' and it promotes 'ethnic exchanges'.
Another requirement which is very controversial is the relocation of some truly poor people from areas “with extreme water and soil conservation conditions, such as high altitude and ecologically fragile areas” to ‘productive’ areas with good resources and weather conditions.

It means practically shifting nomads to ‘smart’ villages, which are not that ‘smart’.
Wu mentioned other requirements such as ensuring that 80% of Tibet's aid funds are spent on the most remote and poorer regions.
Once again Yume (or Yumai) is the ideal village selected as the model for the scheme.
The Party Secretary’s conclusions were: “Let the people of all ethnic groups have more feelings of happiness; to take a clear-cut stand against splitting, in order to maintain the stability of Tibet …and always be the guardians of sacred land and the builders of happy homes.”
He added: “This is the purpose of high-quality development, and it is also our job to implement this project and work for the people’s livelihood. …We shall always put the people of all ethnic groups at the top of our hearts; we shall give prominence to the work of people’s livelihood focusing on employment; we shall formulate and improve policies and measures; we shall encourage more college graduates to return to their hometowns, and further promote medical education for groups aiding Tibet.”
Efforts would continue to be made “to enable all ethnic groups to enjoy high-quality medical education services at their doorstep. We have actively promoted the construction of beautiful Tibet and deepened the practice of green development”, he concluded. 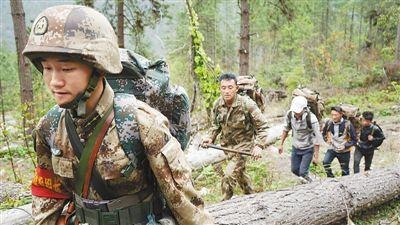 Military Civilian Integration
Zhayul County is located north of Anjaw district of Arunachal Pradesh in the Lohit valley.
According to China Tibet News, some of the villages of the county have started implementing the ‘double-support model city’ which translates into full of military and civilian integration: “For decades, on the borders stretching several hundred kilometers, the border guards and soldiers stationed have been working with the local people to protect the sacred territory and build a beautiful home.”
The article speaks of the civilian population and the soldiers working 'hand in hand’; the love of the people supporting the New Age Army.
The reporter gave a few examples: “On April 10, a border guard stationed in the town of Chagao [?] was going to perform patrols. After hearing of  a border incident, Atolima, a 37-year-old member of the village who helped to build houses in the village, asked his boss for leave. With three militiamen working with him on the construction site, they went straight to the border defense company. The mountains are densely forested and patrols often take seven or eight days in this area. All the supplies of the border guards have to be carried. However, in this case, the nearby militia did not hesitate to lay down their work and take the initiative to participate in the patrols and provide the soldiers with the strongest protection.”
It is not clear if this refers to an Indian ‘intrusion’ on China’s perceived territory.
The reporter then took another example: “In Shama village, if there are strangers or suspicious people, the villagers, regardless of their age, will step up to cross-examination and find suspicious points [of entry] which will be reported to village officials and frontier defense officers, effectively preventing the penetration of hostile saboteurs.” The article speaks of an ‘Invisible Great Wall' to guard the country.
It also mentioned “a touching scene in which soldiers and civilians united to fight the catastrophic rain and snow disaster was being staged on the town of Chaga,” and the cadres and people of Zhayul County celebrating the major festivals with the officers and soldiers stationed in the [local] garrison.”
Though it is difficult to position these villages on a map, it shows that China is trying hard to enlist the border Tibetan populations on the side.
Can it succeed is another issue. But it is certain that incentives (and employment) are thus provided to the local Tibetans. 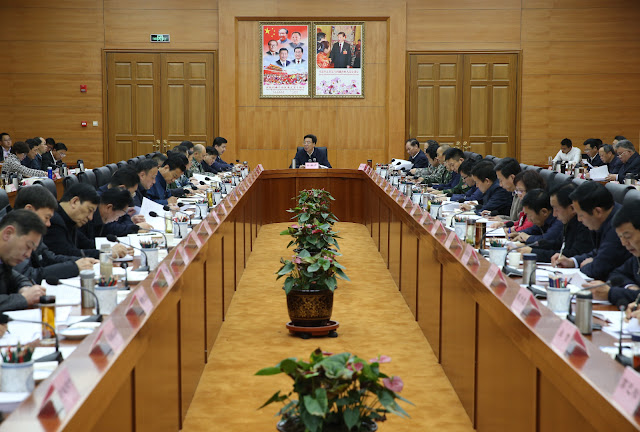 Some conclusions
The above gives insights in the theoretical background of the new Chinese campaign on the borders of India.
In the coming months, Beijing will continue to try to enlist the Tibetan populations on their side of the boundary, not only in Nyingtri area (Nyingchi City), but also in Western Tibet.
Similar stories have been reported from Purang, near the trijunction with Nepal and Tibet.
At the same time, the empowerment of the border villages can be read as a reiteration of the border between India and China.
But on this, Delhi should be cautious and it needs to closely watch the unfolding situation.
Posted by Claude Arpi