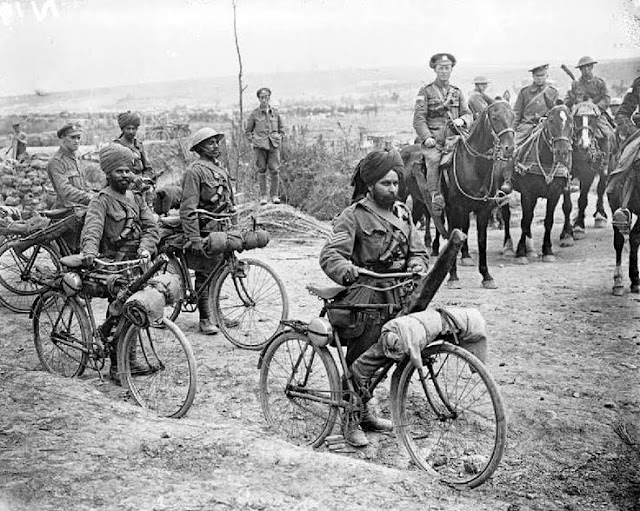 More than 60 heads of States will jointly commemorate the 100th year of the end of World War I between the Allies and Germany. A hundred years after the bitter war, German Chancellor Angela Merkel will also participate in the Armistice celebrations, perhaps because today there is no longer a victorious or defeated nation; the entire world, including India, suffered too dearly for between 1914 and 1918.
For what? Nobody is sure now.
The French daily Le Figaro explains the dichotomy: “Commemorate means making choices.”
French President Emmanuel Macron has decided to go for a week-long ‘memorial and territorial journey’ through the different sites of the Great War. For the French, the numerous functions are more than a celebration of a victory; there is a triple message in the event: one, to remember the ‘poilus’ (‘the unshaven ones’) as the French soldiers were known during the War; then to celebrate the capacity of the French nation to rebuilt itself and finally, and perhaps most importantly, to promote a ‘recast multilateralism’.
The presence in Paris on November 11 of the representatives of all those who participated in the War, including Germany, demonstrates this choice.
At the same time, France has not forgotten India’s participation; Paris recently offered a piece of land to construct the ‘Indian Military Memorial’ for Indian troops at Villers Guislain, in Northern France. The memorial comprises a bronze Ashoka emblem and a plaque, honouring the Indian soldiers who died in the War.
Some 130,000 Indian troops, including Sikhs and Gorkhas, fought in France and Belgium during the bloody conflict during which more than 9 million people died; a quarter of the Indian contingent never returned to their native provinces; during the battle of Neuve-Chapelle in France in March 1915, the Sikhs regiments lost 80% of their men.
Some of the French battlefields where Indian soldiers showed their bravery and dedication to a cause which was not theirs, are today part of the History of France.
A few years ago, David Omissi, a military historian wrote Indian Voices of the Great War: Soldier’s Letters, 1914-18; this edited collection of letters sent by Indian soldiers to their family in India is deeply touching.
Jawans of the 9 Bhopal Infantry, 15 Ludhiana Sikhs, 47 Sikhs, 57 Frontier Force, 58 Frontier Force, 59 Frontier Force, 89 Punjabis, 107 Pioneers, to quote a few, valiantly fought for a country that they did not know; they could not even speak the language.
For these Indian soldiers, it was their first trip to Europe (and for many, their last as they ended being buried on the front). As he arrived in France, an Indian soldier wrote to his family: “What is Paris? It is heaven!” He soon discovered that the trenches were Hell.
Another bewildered jawan described London: “in the train that goes under the earth … a strange and wonderful experience — they call it the underground.” Nobody had even heard of a ‘Tube’ in his native Punjab.
Already on October 7, 1927 France officially acknowledged India’s participation in the World War and expressed its deep gratitude; a memorial in Neuve-Chapelle was inaugurated by Marshal Ferdinand Foch, Commander-in-Chief of the Allied Armies who paid a vibrant homage to the Indian soldiers.
France and Britain had decided to express their deepest appreciation for the role of Indian soldiers, though it is not clear for which cause they fought so bravely. This is often the case in wars and a century later, the reasons for the conflict become more blurred.
Isn’t it a lesson of international relations: today the Germans and the French are great friends trying to build Europe together?
It is undoubtedly better that way.
Posted by Claude Arpi at 7:07 AM