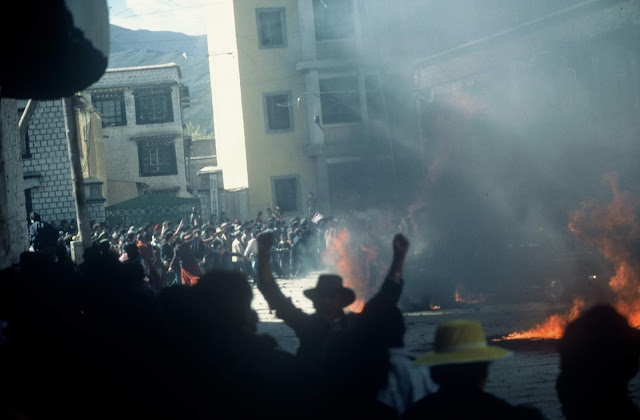 Every year during the first week of June, the thoughts of millions turn towards China and more particularly the Tiananmen Square, where 29 years ago thousands of young students lost their lives …while China lost a chance to become a ‘normal’ State.
Today the Middle Kingdom, under an ‘Emperor for life’, has become so powerful that very few dare to officially talk about ‘human rights’ and even less about the massacre of youngsters dreaming of freedom and democracy.
A publication dealing with China, Global Voice recently explained: “At the time, the Chinese Red Cross estimated that 2,700 civilians were killed, but other sources point to a much higher toll. A confidential US government document, revealed in 2014, reported that a Chinese internal assessment estimated that 10,454 civilians had died. Recently, a different report written by the then-British ambassador to China was declassified; it quotes a source from China's State Council who said that the minimum estimation of civilians killed is 10,000.”
What is amazing is that we still know very little about what really happened during those fateful weeks of 1989. Nearly 30 years later, the Chinese State pretends to have no knowledge of the events which changed the face of China which took a radical turn towards authoritarism.

Right to Kill
Even less known is the fact that a ‘rehearsal’ took place in Lhasa, the Tibetan capital three months earlier.
More than a year after the events, The Observer in London mentioned the massacre on the Bakhor, the circumambulation road around the Jokhang Cathedral in Lhasa: “On 5 March [1989], the People's Armed Police [PAP] had been given the right to kill. China's paramilitary force was marching into the centre of Tibet's capital, Lhasa, to begin a massacre that continued for days, leaving more than 450 monks, nuns and civilians dead.”
Tang Daxian, then a Chinese reporter working for a Mainland organization, told the British paper: “They knew the Tibetans were not armed and they knew they were free to kill them;” Tang had in his possession secret reports, proving that a massacre took place in Lhasa
According to Tang, the tragic events were provoked by members of the PAP dressed as Tibetans: “The disguised police - whose purpose is to crush civil disorder - attacked and burned shops, offices, and stores, providing the authorities with the excuse.” ‘Hooligans’ had threatened the civil order; martial law would subsequently be declared. At that time, a young cadre had recently taken over as Tibet's Communist Party Secretary; his name was Hu Jintao. The carnage would greatly benefit his career.
Qiao Shi, then China's security boss and one of the five-member of the Standing Committee of the Politburo, had in 1988 warned Tibetan dissidents of ‘merciless repression’.
It was probably the death of the Panchen Lama under mysterious circumstances in his Tashilhunpo monastery in January which triggered the March events: “the atmosphere in Tibet had become extremely tense; with disturbance throughout the region,” observed Tang.
The events leading to the massacre began early on February 7, when “the people of Lhasa woke up to see fluttering above the Jokhang the flag of the snow lions and the snow mountains, the forbidden symbol of Tibetan nationalism.”
Apparently, this act of defiance was brought to the attention of supreme leader Deng Xiaoping, the Party boss Zhao Ziyang and other leaders in Beijing; the same persons would play the leading roles three months later in Beijing.

Temple Siege
During the next two days, the PAP occupied the Jokhang temple, where the flag had already disappeared; 20 monks were arrested.
The situation worsened on March 2 when a crowd began to circumambulate the Jokhang, chanting slogans, ‘Dalai Lama back to Tibet’ or ‘Power back to the Tibetans’; the number of the protesters rapidly increased. Soon, a scuffle broke out between the crowd and 200 plainclothes police; but it ended up without violence.
Tang’s documents said that from dawn on March 3 to midnight the next day, party cadres and military leaders discussed the deteriorating situation. For many, the worsening was due to the PPA’s ‘lack of discipline’ while no officials “had heeded to the complaints of the people.”
The PAP sat quietly throughout the meeting; it had received instructions from Qiao Shi to “avoid discussions and debate over details...your function in Tibet cannot be performed by others.”
On March 5 in the morning, the PAP commander, General Li Lianxiu ordered to create the excuse: "The Special Task force should immediately produce 300 people dressed as ordinary citizens and monks. They are to co-operate with the plainclothes police to complete the task of creating a provocative atmosphere along the Bakhor.”
The orders were to be “kept secret from other co-operating units involved. Anyone violating these orders is to be severely punished.”

Grisly Episode
On March 6, with most of the foreigners parked in the Holiday Inn and with no witness around, the PAP struck: “The trap was sprung. Police appeared on the roofs overlooking the narrow Xuanjing alley with automatic weapons and blazed away. Within 10 minutes, 300 people had been shot," said Tang. During the next hours 450 people were killed and more than 3,000 arrested.
The next evening, Hu Jintao proclaimed that “the Armed Police, following the instructions of the Central Committee had maintained the unity of the motherland.” Hu warned that the majority of Tibetans who had joined the disturbance...must be made to feel guilt and promise they would never do so again. As a result of his strong action, Hu Jintao would soon be promoted to the Politburo.
One can only hope that Beijing will one day have to explain the Tiananmen and Bakhor episodes. It would be good for China too, if it wants exorcise its past. 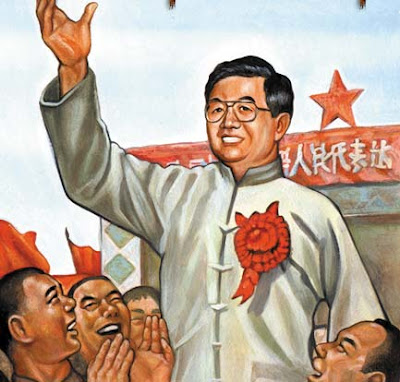