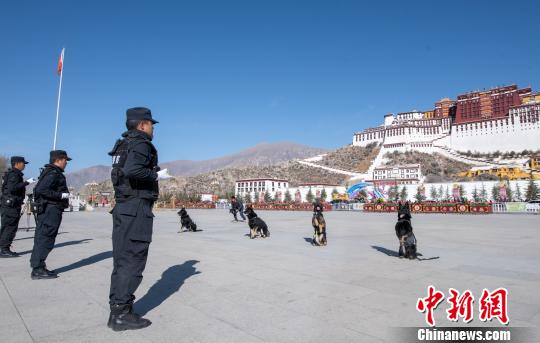 Police dogs will now patrol the streets of Lhasa, the Tibetan capital; it was announced yesterday.
It is a first.
For the first time on February 16, the Tibet Autonomous Region's Public Security Bureau (PSB) used dogs for patrolling the streets of Lhasa.
According to China News Network, the dogs will “enhance the actual capacity and level of the Tibetan police force.”
Pictures of the dogs in front of the Potala Palace Square were released for the occasion.
Police dog's instructors ‘displayed’ the skills of the new ‘patrol’.
The same source reported that the security guards’ dogs will patrolled different areas of the City, such as the Potala Palace Square, the Jokhang Temple Square, the Barkhor Street, the railway station and major streets of the Capital.
The PSB, responsible for the security in Lhasa, said that the dogs can serve for security duty, patrols, vigilance, hunting and other tasks, ...and comprehensively enhance the effectiveness of public security as well as achieve deterrence of crime and enhance people's sense of security.
It looks like China does not feel secure?

Explosive situation in Xinjiang
But Tibet is still far better than Xinjiang.
The Chinese media reported that eight people were killed in a violent attack in Hotan in Xinjiang on Wednesday.
Hotan is located just north of the Aksai Chin on the NH 315.
According to the news portal of the Hotan local overnment, three knife-wielding men attacked and stabbed several people in Pishan county.
Finally, the Police shot dead the three attackers.
Some ten people were injured in the attack. Among them, five were declared dead after being sent to hospital.
The Chinese media added: "Order has been restored and an investigation is ongoing. The identity of the attackers were not disclosed."
The were obviously Uyghurs.
A few days earlier, Radio Free Asia (RFA) reported "scenes reminiscent of China’s Cultural Revolution."
Uyghurs have been called to meetings to confess their 'crimes'.
Those whose misdeeds come to light in other ways, will be punished, declared the Police. 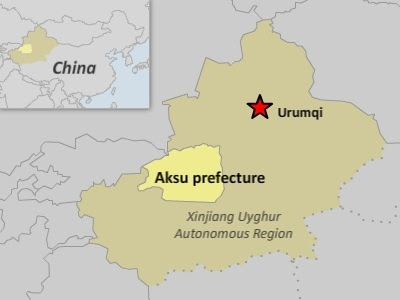 According to RFA, these meetings are part of a campaign called “Revealing Errors”. They were held in Xinjiang’s Aksu Prefecture "to uncover behavior considered politically destabilizing in the restive, mostly-Muslim region in China’s far northwest."
A letter from an Aksu resident received by RFA mentioned: "Village residents from 18-65 years of age are being brought to their village office every day to admit to their mistakes or to point out mistakes they have seen others make."
The same source added: "Residents are called to a podium one by one to confess these errors after they have listed them on a 39-question form. They are also told they will face legal consequences if they attempt to cover up their own or anyone else’s anti-state activities.”
It really sounds like the return of the Great Proletarian Cultural Revolution.
Where is China going?
It is quite frightening to think about it. 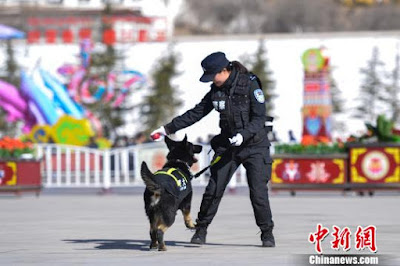 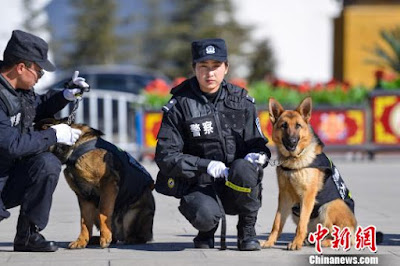