Once upon a time, Raidi was a powerful Tibetan Communist cadre. He was the leader of the Nagchu clique, ruling over the Tibetan plateau.
Now, he is honorifically titled, vice chairman of the 10th Standing Committee of China's National People's Congress, but he is very old.
Nonetheless, he recently sent a letter to the Tibet Autonomous Region’s government to “express his sympathies for the victims of the recent earthquake, offer his condolences to the relatives of those injured or killed, and pay his respects to the relief workers.”
Raidi explains to his comrades in the Communist administration that Tibet being located in “an alpine area, the mountains are high, valleys are deep, and the geology is complex”.
Relief work is therefore very difficult: “In such a serious disaster, it is really not easy to have achieved such results in the phased earthquake relief efforts."
Nothing wrong. Raidi then speaks of the massive 8.6-magnitude earthquake on August 15, 1950, whose epicenter was located in Metok County (Dzong) and Zayul Dzong.
Raidi recalled that he was 12 years old at that time: “At the quake’s epicenter, there were landslides from the mountains and the ground opened up, and the Yarlung Tsangpo (Siang/Brahmaputra) was divided into four parts. Some villages were thrown on the opposite of the river and houses collapsed. Even places that were far from the epicenter, like Lhasa, Chamdo, and Nagchu, were also greatly affected. According to incomplete statistics from the time, more than 2,000 people were killed, countless people went missing, and the disaster area was covered in ruins.”
Now comes the ideological part of the letter: “Tibet was still ruled by the old Tibetan government. Led by the 14th Dalai Lama, not only did the government not care about the lives of common people, but they also increased several taxes.”
Raidi’s conclusion is: "There is a sharp contrast between the earthquake relief in Old Tibet and in New China. …this shows that only under the leadership of the CPC, in a socialist society can the Tibetan people have the confidence, courage, and ability to overcome any disaster and rebuild their homeland. Thus Tibet, especially those areas affected by the recent earthquake, will achieve leapfrog development and long-term stability.”
There is no doubt that the infrastructure is very different today from what it was in 1950. In Nepal too, it is far easier to bring food, supplies, warm cloths to those affected by the tragedy. In 1950, Lhasa, without speaking of Metok or Zayul, located north of the McMahon Line, had never an ‘iron birds’, helicopters or planes.
But to compare the rescue operations during the recent tragedy and the ones, 65 years ago is unbecoming of a former senior Communist cadre. Mr. Raidi should have kept quiet. He probably does not realize that the progress in infrastructure, roads, airfields, transportation have been planetary and due to the Communist Party only.
By the way, the Chinese Panchen Lama (also a Nagchu native) has personally donated 200,000 yuan（32,300 US dollars), for the quake-affected areas, “to show his sympathy for the needy people.”
I am wondering how, under a Communist dispensation, Lamas can become rich, like their predecessors in Old Tibet.
How do they get richly-endowed labrangs (estates) like in the past?
Buddha too must be wondering: is what I thought my monks.

The 1959 Earthquake
To give an idea of the devastating 1950 Earthquake, known in India as the ‘Assam Earthquake’, I post the report of the famous British botanist Kingdon-Ward. 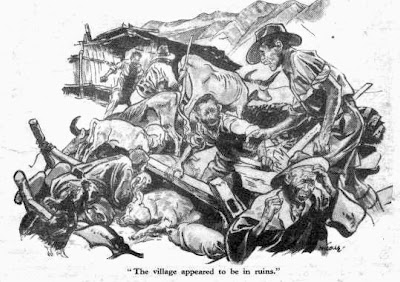 
A vividly-written account of an unforgettable experience.
The Author is a well-known Himalayan explorer, and describes how, while camping near the Tibetan frontier, he and his wife narrowly escaped with their lives from the havoc wrought by one of the most violent earthquakes on record.