Minsar, an Indian principality in Tibet

My article Minsar, an Indian principality in Tibet appeared in NitiCentral.

Prime Minster Narendra Modi was on his way to Arunachal Pradesh when Hua Chunying, China's Foreign Ministry spokeswoman again got virulent about Arunachal Pradesh. In a statement, she said: “the act of the Indian side is not conducive to properly resolving and controlling disputes between the two sides, nor in conformity with the general situation of growth of bilateral relations.”
Apart from the fact that Beijing has never thought of asking the people of Arunachal Pradesh on which side they would like to be (obviously, Beijing does not believe in democracy), her statement that Arunachal is a ‘disputed’ place is historically incorrect.
Xinhua added to the confusion by saying: “Modi visited a disputed zone in the eastern part of China-India borders to attend activities marking the founding of the so-called ‘Arunachal Pradesh’, a state that Indian authorities illegally and unilaterally declared in 1987.”
As I mentioned in an earlier article, the McMahon Line, signed by the Prime Minister of Tibet (Lochen Shatra) and India’s Foreign Secretary (Sir Henry McMahon) in March 1914 is very much legal.
Ms. Hua’s allegations do not make Arunachal a ‘disputed’ area, even if she claims: “The Chinese government has never recognized the so-called Arunachal Pradesh …it's an universally recognized fact that huge disputes exist on the eastern section of China-India borders.”
A ‘universal fact’ recognized by China only!
It is however true that the Middle Kingdom has always been under the impression that China and the Universe are the same thing!
Ms. Hua misplaced statements are certainly not conducive to properly resolving disputes between the two sides.
But does Beijing realize that? Probably not!
The time has perhaps come for Delhi to ask Beijing for the return of all the territories belonging to India presently occupied by China. 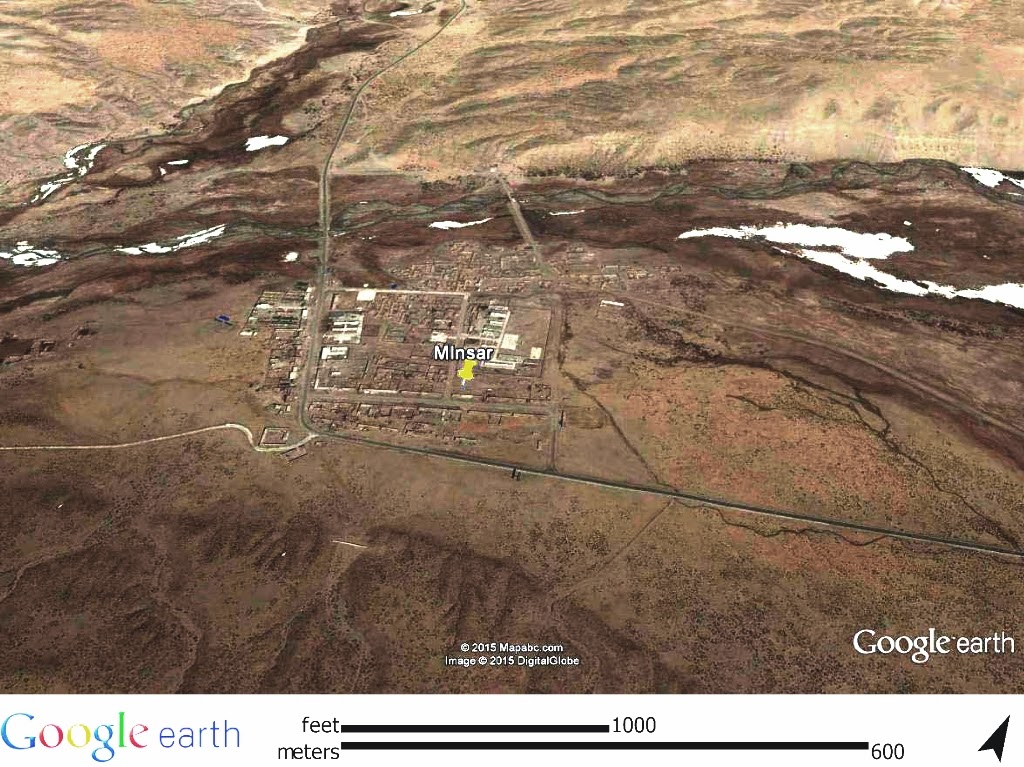 Apart from the J&K State’s areas illegally ‘offered’ by Pakistan to China in 1963, the Government should ask for the return of Minsar, an Indian principality in Tibet. The Indian rights to this small town were inherited from the Peace Treaty between Ladakh and Tibet signed in Tingmosgang in 1684. Besides the confirmation of the delimitation of the border between Western Tibet and Ladakh, the Treaty affirmed: “The king of Ladakh reserves to himself the village of Minsar in Ngari-khor-sum [Western Tibet]”. For centuries, Minsar has been a home for Ladakhi and Kashmiri traders and pilgrims visiting the holy mountain.
A report of Thrinley Shingta, the 7th Gyalwang Drukpa, head of the Drukpa school of Tibetan Buddhism, who spent three months in the area in 1748, makes interesting reading: “Administratively, it is established that the immediate village of Minsar and its surrounding areas are ancient Ladakhi territory. After Lhasa invaded West Tibet in 1684, it was agreed and formally inscribed in the Peace Treaty between Tibet and Ladakh, signed in 1684, that the King of Ladakh retained the territory of Minsar and its neighbourhood as a territorial enclave, in order to meet the religious offering expenses of the sacred sites by Lake Manasarovar and Mount Kailash.”
For centuries, the inhabitants of Minsar, although surrounded by Tibetan territories, paid their taxes to the kingdom of Ladakh. During in the 19th century, when Ladakh was incorporated into Maharaja Gulab Singh’s State, Minsar became de facto part of the Jammu & Kashmir State which regularly collected taxes from Minsar. This lasted till the early 1950s.

What happened then?
In 1953, wanting to sign his Panchsheel Agreement, Jawaharlal Nehru decided to abandon all Indian ‘colonial’ rights, inherited from the British. Though he knew that the small principality was under the Maharaja of the Jammu & Kashmir’s suzerainty and therefore part of the Indian territory, he felt uneasy about this Indian possession, near Mt. Kailash in Tibet. Nehru was aware that Minsar had been providing revenues to maintain the temples around the sacred mountain and the holy Manasarovar lake, however Nehru believed that India should unilaterally renounce her rights as a gesture of goodwill towards Communist China.
He instructed the diplomats negotiating the Panchsheel accord in Beijing: “Regarding the village of Minsar in Western Tibet, which has belonged to the Kashmir State, it is clear that we shall have to give it up, if this question is raised. We need not raise it. If it is raised, we should say that we recognize the strength of the Chinese contention and we are prepared to consider it and recommend it.”
Though Beijing did not have to ask anything, the Indian Prime Minister recognized ‘the strength of the Chinese contention’; Nehru added: “But the matter will have to be referred to the Kashmir Government. The point is that we should not come to a final agreement without gaining the formal assent of the Kashmir Government.” However, Delhi never referred the issue to the Kashmir government.
We should remember that treaties, conventions or agreements signed by any states, do not depend on an individual or a political party; they remain in force whoever is in power. The Chinese occupation of Tibet did not change this fact.
Further, the return of any part Indian Territory needs to be ratified by the Indian Parliament only, through an amendment of the Constitution. Therefore the so-called ‘return’ of Minsar to Tibet (and China) is still today illegal and invalid in law.
John Bray, the noted scholar and President of the International Association of Ladakh Studies wrote: "the Sino-Indian boundary dispute remains unresolved. Since the 1960s, the attention of the two governments has focused on the demarcation of the frontier and, more recently, on the prospects for mutual trade. The status of Minsar is no more than a minor footnote to these concerns, but one that has still to be cleared up."
Nehru’s perception that old treaties or conventions could be discarded or scraped greatly weakened the Indian stand in the 1950s (and later when China invaded India). Nehru’s wrong interpretation made it easy for the Chinese to tell their Indian counterparts “look here, McMahon was an imperialist, therefore the McMahon line is an imperialist fabrication, therefore it is illegal”.
The disastrous consequences of Nehru’s stand can still be seen some sixty years later. Ms. Hua’s statements have their origin in these wrong views.
But if Beijing continues to raise the ‘illegal’ occupation of the Arunachal by India, Delhi should definitely bring Minsar and the Shaksgam Valley on the negotiating table.
Further, it would be useful to have an Indian enclave near the Kailash, at a time when Indian pilgrims, in ever-increasing in number, are keen to visit the sacred mountain.
Posted by Claude Arpi at 7:39 AM