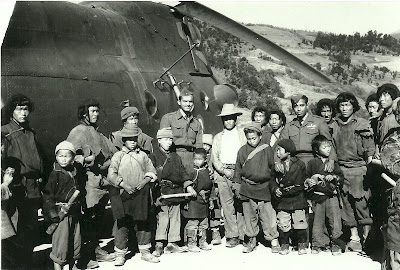 According to Ananth Krishnan of The Hindu, new documents on the 1962 Indo-Chinese conflict have been declassified by the Beijing Government.
It is not that the content of these documents is new, as apart from the Chinese archives, the entire correspondence between Delhi and Beijing has been published in the White Papers on China; it includes some of the threats towards India mentioned by The Hindu.
Some of the White Papers are available on my website.
I have also posted a large number of other documents from different sources.
One example, is this interesting extract of a discussion between Indian Finance Minister Morarji Desai with Chinese Premier Zhou Enlai in April 1960. Morarji Desai told Zhou:


When nobody supported China [before Beijing admission to the UN] India took your side and put up your case in the United Nations and forged friendship with you. You accepted the principles of Panchasheela. India accepted your sovereignty over Tibet, but you had accepted the condition that Tibet's autonomy would be respected and that you would not interfere with it.
When that understanding was broken and China began to take possession of Tibet and kept its army there, and the Dalai Lama and his followers came to India to save themselves from the oppression of the Chinese army and India gave them refuge, you began to be inimical towards us. You had not raised any disputes about the boundaries before this.

The future Prime Minister was right.

China documents reveal ignored warnings, missed opportunities
October 20, 2012
The Hindu
Ananth Krishnan
Three months before China launched its offensive against India on October 20, 1962, a top Chinese official warned at a meeting with an Indian diplomat that China would take military action if India did not cease its continuing troop advancements in the west — a warning that went unheeded — according to recently declassified Chinese documents.
The documents, which include internal memos sent from Chinese officials in New Delhi to Beijing and notes of negotiations from 1950 to 1962, provide fresh insights into Chinese decision-making in the decade leading up to 1962 and shed light on missed opportunities to resolve the boundary issue — both during the ill-fated visit by Premier Zhou Enlai to New Delhi in 1960 and in the last-ditch talks held just three months before the war started.
The files on 1962 are among documents from the period 1949-65 that the Ministry of Foreign Affairs Archives in Beijing declassified last year, and have not been reported on previously in India.
An internal note dated July 20, 1962, recounted a meeting in Geneva between Chinese Vice-Foreign Minister Zhang Hanfu and R.K. Nehru, a former Ambassador to China and at the time a senior diplomat.

Issue ‘serious’
Zhang emphasised that “the border issue was serious, and if India did not withdraw troops, it should bear all the results,” the note said.
The failure of meetings in Geneva between Zhang and R.K. Nehru and Chinese Foreign Minister Chen Yi and Indian Defence Minister V.K. Krishna Menon was seen by the Chinese as the turning point, the documents suggest.
R.K. Nehru himself later reflected that the July meeting led him to conclude that it would be incorrect to say China “did not give us sufficient warning” of a military attack, questioning the deeply entrenched narrative of the October 20 aggression being a surprise or betrayal.
“[Zhang] said, in their notes they sent to us they had indicated, ‘It is bound to lead to a serious military conflict’,” Nehru said as recounted in an essay by A.G. Noorani. “May be the nature and scale and magnitude of the conflict was not anticipated, but I am not prepared to say that they did not give us sufficient warning that military encounters might follow.”
Posted by Claude Arpi at 2:03 PM

Enjoyed your articles on the forgotten war and its valiant heroes.Wonderful photographs. Thanks once again.