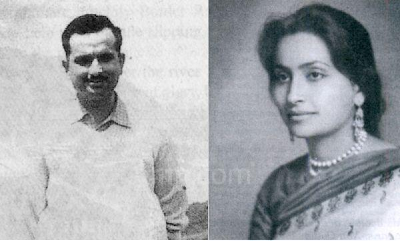 My story of Brigadier Lakshman Singh, Signal Officer of the 7 Infantry Brigade during the battle of Namkha chu (river) in October 1962 is posted on sify.com.

Lakshman Singh, a slim young captain had two wives when, in May 1962, he was told to join the ill-fated 7 Infantry Brigade on the Namkha Chu river of the then North East Frontier Agency (NEFA).
Clouds had been gathering on the Indo-China border.
Many officers and jawans must have been in his position: One wife was the girl he married; The other one was the Indian Army.
Many decades later, after retiring as a Brigadier, Lakshman Singh wrote his memoirs, A Soldier’s Journey Through Life With Two Wives.
The young Captain was in love with Rosy, his life partner, but could not refuse the tough assignment. He was to man the communications of Brig. John Dalvi’s Brigade in the inaccessible terrain of Western NEFA, then known as Kameng FD (Frontier Division), now the Tawang district of Arunachal Pradesh.
Torn between his two loves, Lakshman decided that the least he could do was to write a daily letter to his other wife Rosy (he calls her ‘Jeet’) who was left alone in Dehra Dun.