Signs of trouble in central sector too 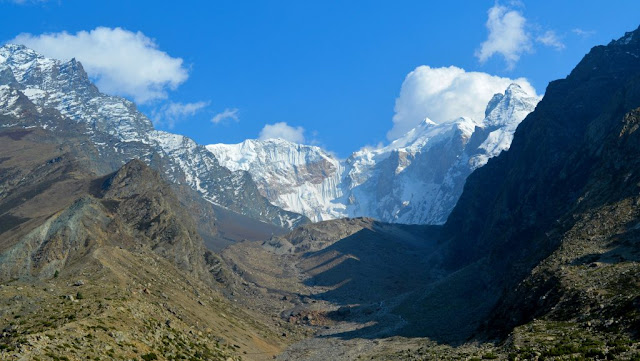 On August 11, Chief of Defence Staff (CDS) Gen Bipin Rawat informed the Parliament's Public Accounts Committee (PAC) that the Indian armed forces in Eastern Ladakh were ready to handle any eventualities along the Line of Actual Control (LAC). He added that the troops were well-prepared for a long haul.
The parliamentary committee wanted to hear from the top brass, about the need for procurement of high-altitude clothing for the soldiers.
This clearly means the Chinese intrusions in Ladakh will not end soon; it is therefore time to ask: is there a possibility of the PLA opening a second front in the Central Sector of the northern boundary?
On May 17, IANS reported that Chinese helicopters violated Indian airspace twice in Himachal Pradesh in April: “The first intrusion was reported on April 11 and the second on April 20. In both incidents, a Chinese helicopter was observed flying on the Indian side of the international border close to Sumdo in Spiti subdivision,” an official told the agency.
Furthermore, activities of Peoples Liberation Army (PLA) seem to have recently increased along the frontier in this sector. The Hindustan Times reported: “China has accelerated work of road construction along the Indian border in Tango and Yamrang regions, which are close to Chitkul and Charang villages on the Indian side.” Though it is not clear where these Tibetan villages are located (for the simple reason that China keeps changing the names of the localities), it is rather worrisome.
In this context, it is worth looking at the ‘historic’ claims made by Beijing in the Central Sector. For Beijing, there are four ‘disputed’ areas which stretch over the states of Himachal Pradesh and Uttarakhand; namely Chuva-Chuje near Sumdo in Kinnaur district, an area south of Shipki-la (pass) in the same district, Nilang-Jadhang and Barahoti-Lapthal-Sangchamalla in Uttarakhand, to which should be added Lipulekh, recently engulfed in Nepal’s new maps.
On July 30, 1980, the historical division of the Ministry of External Affairs (MEA) sent a secret note to the East Asia (EA) Division, dealing with China; they wanted to know if there was any Chinese claims in the Central sector.
The note described the area thus: “This sector of the boundary has natural features of watersheds, mountain passes and river valleys.” These geographical features marked the border.
It was explained that during the 1960 talks with China, the Indian officials brought forward conclusive evidence: “to show that the alignment had throughout its length a traditional and customary basis reaching back through many centuries.”
In November 14, 1962, while the border war with China was raging, in a letter to Zhou Enlai, Nehru told his counterpart: “The Chinese government has never had any authority south of the main Himalayan watershed ridge, which is the traditional boundary in this sector.” The Indian Prime Minister however admitted that “Tibetan officials along with some Chinese troops did intrude into Barahoti on various occasions since 1954;” in 1958, as an unnecessary compromise, Delhi agreed to both sides withdrawing their armed personnel from the locality, “[even though] Indian civilian personnel have throughout been functioning [there].”
Interestingly, all these Chinese claims, including the 1960 Line that Beijing would today like to make the LAC in Ladakh, are not based on any of the principles normally used to demarcate a boundary, i.e. watershed, river, customary routes, grazing rights, etc.
As long as Beijing uses its own variable rules, promoting first and foremost its own interests and refusing to follow universally recognised conventions, it is difficult to envisage a quick solution and India should be ready to deal with trouble in these ‘dormant’ Chinese claim areas in the Central Sector.
Posted by Claude Arpi at 5:30 PM