A New Tibetan Deputy Secretary for the Tibetan Autonomous Region

The Communist Party of the Tibet Autonomous Region (TAR) has a new Deputy Secretary; his name is Yan Jinhai.
Yan has been transferred from the neighbouring Qinghai province where he served most of career.
Yan, a Tibetan and is also an Alternate Member of the 19th Central Committee.
The TAR has one Party Secretary (compulsorily a Han) and four Deputy Secretaries; three of them are now Tibetans.
Yan’s predecessor, Ding Yexian was a Han who however had served his entire career in Tibet.
One should realize that Tibet is often a great spring board for a political career in China; remember Hu Jintao. Take a look at this!

Ding Yexian
Born in October 1960 in Yanggu, Shandong, Ding Yexian started working in January 1978, at the age of 18, (he only joined the Communist Party of China in August 1990).
From January 1978, Ding worked at the power supply station in Shannan Prefecture (Lhoka), later on, in 1989,  he moved on (or up) as Deputy Director of the Power Dispatching Office and Chief of the Power Section of the Industrial Power Bureau of Shannan Prefecture.
In 1993, he was nominated Deputy Director of Shannan Prefecture Industrial Power Bureau and in 1996; he later became Deputy Secretary and Director of the Party Leadership Group of the Economic and Trade System Reform Committee of Shannan Prefecture.
In 2000, he was promoted as Member of the Party Leadership Group and Deputy Director of the TAR Department of Finance; he 2009, he became the Director, looking after this important portfolio of finances and development.
Since 2013, Ding served as member of the TAR Standing Committee and Executive Vice Chairman of the Autonomous Region Government. He ranked No 4 in the TAR.
Now, Yan will now probably step in Ding’s shoes and look after industries and development.
Interestingly, while Ding, a Han, served all his life in Tibet, Yan Jinhai, a Tibetan, has remained posted in Qinghai province.
Yan Jinhai
He was born in March 1962 in Qinghai Minhe; he started working in July 1982 and joined the Communist Party in December 1983.
Between 1978 and 1982, he studied in Chinese Language and Literature in the Department of Chinese Language and Literature, Qinghai University for Nationalities, from where he graduated.
Later, he became a teacher at Huangnan Prefecture Nationality Normal School, also in Qinghai.
From 1984 to 1990, he served as cadre of Huangnan Prefecture Education Bureau.
He then rapidly raised from Deputy Director of the Office of Huangnan Prefecture to Director of the same office in 1993 and Member of the Standing Committee, Secretary-General and Office Director of Huangnan Prefecture in 1996.
Between 1998 and 2005, he became Deputy Secretary of Yushu Prefecture
Yushu Tibetan Autonomous Prefecture is a large ‘autonomous’ prefecture in Qinghai; it is mainly inhabited by Tibetans; before the arrival of the Chinese, the famous trade mart was known as Jyekundo. Historically, the area belonged to Kham Province of Eastern Tibet (a severe earthquake destroyed the area in 2010).
From 2005 to 2008, Yan was Deputy Secretary and Governor of Haibei Prefecture Committee.
In 2013, he promoted Deputy Governor and Party Leadership Group Member of Qinghai Provincial Government.
He was elevated as a member of the Standing Committee of the Qinghai Provincial Party Committee in 2017.
Yan has now taken over Deputy Secretary of the TAR’s Party Committee.
Like Ding before him, Yan is an Alternate Member of the 19th Central Committee and a representative of the 19th National Congress.
Yan Jinhai’s Appointment
As usual, we got to know about his appointment indirectly.
On July 20, 2020, The Tibet Daily reported that Wu Yingjie, Secretary of the TAR Party Committee presided over a meeting of the Party Committee for the Comprehensive Rule of Tibet Committee; the meeting was attended by Yan Jinhai: “The above news shows that Yan Jinhai serves as deputy secretary of the Tibet Autonomous Region Party Committee,” said the Tibet Daily.
On the same day, the 18th meeting of the Standing Committee of the 13th National People's Congress of Qinghai Province decided to accept Yan Jinhai's request to resign from the post of Vice Governor of Qinghai Provincial People's Government.
Well-oiled Communist choreography!
A related incident?
On July 15, it was announced that Zhao Shijun, Secretary of the Party Committee of the former Tibet Industrial and Commercial Bureau was investigated. According to the website of the Central Commission for Discipline Inspection (CCDI), the TAR’s Commission for Discipline Inspection and Supervision, Zhao had surrendered.
Zhao Shijun would have been involved in a serious violation of discipline and law: “He has surrendered himself and is currently undergoing disciplinary review,” said the CCDI.
Zhao Shijun, a Han official ,was born in September 1958 in Zhengzhou, Henan. He served most of his career in Nyingchi (Nyingtri), north of Arunachal Pradesh.
Ding being in charge of the Industry portfolio, is there a link between the investigation against Zhao and Ding’s transfer?
Impossible to say right now, but everything is possible. 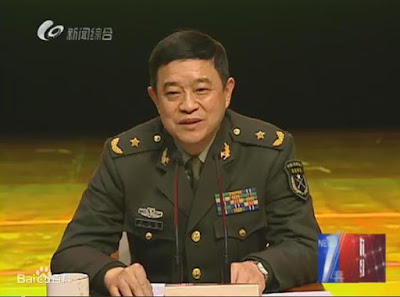 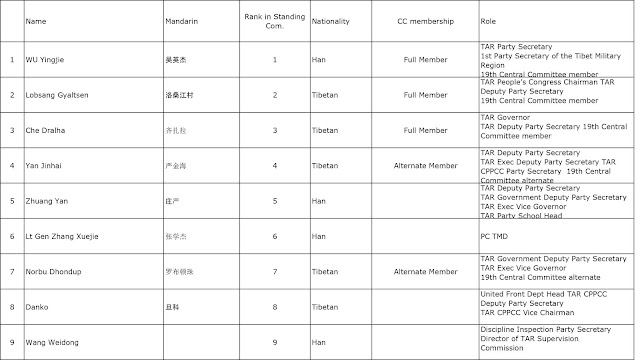