China: Changing the demography of the Indian border 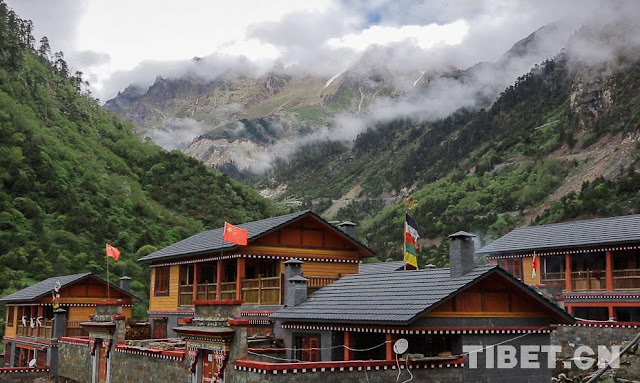 The French edition of China Tibet Online recently published a photo feature of Yume village which, over the years, has often been mentioned on the blog.
Yume (or Yumed or also Yumai) is located north of the Upper Subansiri district of Arunachal Pradesh.
The main characteristic of the village is that it has been adopted by President Xi Jinping, and as such it is the Model Township for the 200 or so other 'Xiaogang' (moderately well-off) villages near the Indian border.
The French article speaks of “Renaissance of the least populated township in China”.
During the last couple of years, Yume has witnessed a lot of development, some worrying for India.

Least Populated Village?
The article explained: “Yumai County, under the jurisdiction of Lhunze County in the Tibet Autonomous Region, is the least populated municipality in China.”
Incidentally, Lhuntse Dzong (county) will have the first airport in the area in 2021; it not far away.
China Tibet Online continues: ‘At present, the upgrading of the canton's infrastructure is underway. For example, the nine original households and the 47 relocated households moved into their new apartment, one room of which is reserved for private housing or a store.”
Nine ‘original' households correspond to the population of the village announced a few years ago (32 or 37 inhabitants), but we are now told that there are 47 ‘relocated’ households.
It means that Yume has already 5 times more migrant families than local villagers.
It is a serious issue as it signifies that China is changing the demography of its borders with India.
If you look at it at level of the entire Sino-Indian border, it probably means that China will have a new population of ‘migrants’ selected for their good deals on the Indian border.
It is still not clear if these ‘migrants’ are Tibetans or Hans; there are probably a blend.
The French article continues: “In addition, a road leading to the exterior is under construction which will be put into operation at the end of this year. This new road will end the blocking season due to snowfall.”
No mention is made of the airport, not too far away.
In 2021, hordes of mainland tourists will probably descend on Yume ...in opposition, Takshing, the Indian village does not have a road in working condition as yet.
In Yume, the website say that the construction of a primary school will be completed soon and will welcome more than 30 children in September.
It means that there is alreday as many children in the 'model' village than there were inhabitants two years ago.
Another objective of the Chinese is to show the rural population that they are looking better on their own people than the Indian Government. 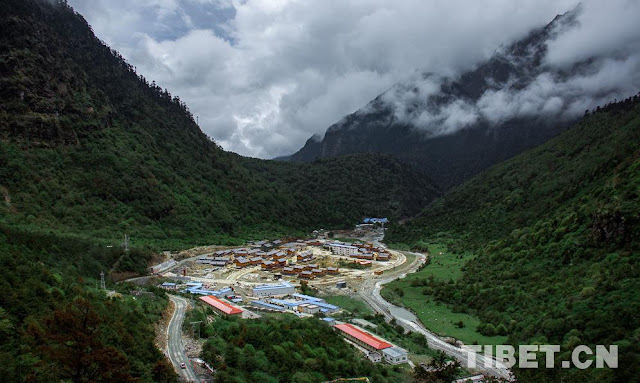 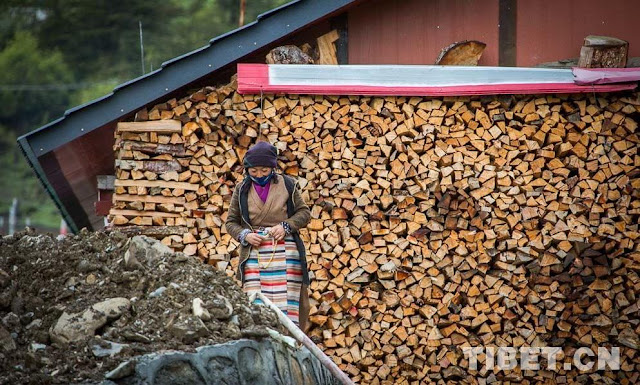 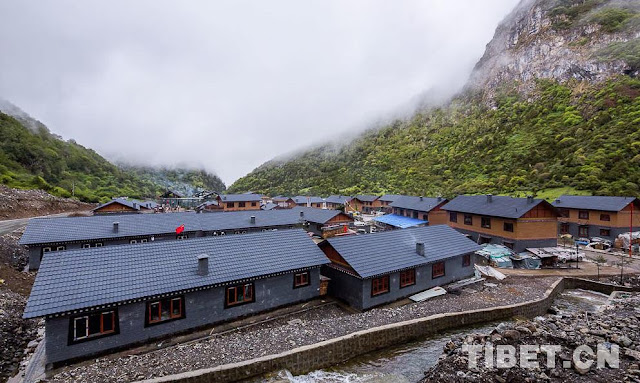