The Chinese Panchen Lama on the Indian Border 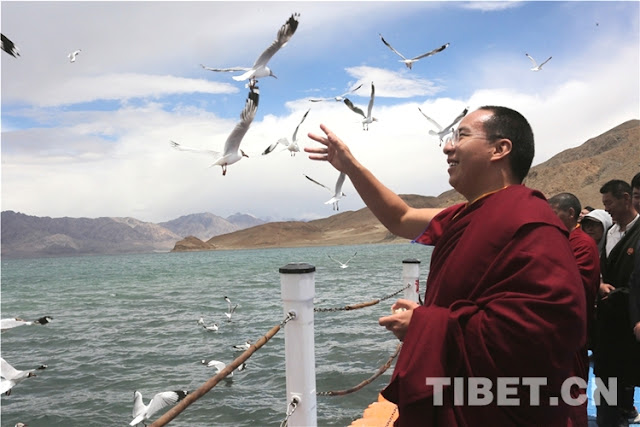 Interesting developments have recently taken place in Western Tibet (Ngari
Prefecture).
The Chinese Panchen Lama, Gyaltsen Norbu is said (by the Chinese media) to have conducted an 'inspection tour' of the region, including a village bordering Ladakh.


Extensive Media Coveage
Hundreds pictures were published showing the Chinese-selected 11th Panchen Lama touring areas such as Purang/Taklakot, Mt Kailash, Manasarovar lake, Minsar, the monasteries in Tholing/Tsaparang, Ngari town, Rutok, the Panggong tso Lake and even a village on the Indian border in East Ladakh.
He visited monasteries, villages, and larger towns such as Tholing, Nagari and Rutok; he ‘inspected’ many projects i.e. an Ecological Agricultural Industry Park of Gar County.
The Chinese media extensively covered his two-week long visit.
Norbu had come to Ngari prefecture five years ago, but he then had remained in Purang and Kailash area.
China Tibet Online reported that on July 26, Gyalsten Norbu (called Choskyi Gyalpo by the Chinese media) traveled to Jaggang Village in Rutok County “for survey and research”; he paid a visit to two Tibetan families named as Wangdul Phuntsok's and Tashi Dundrup's.
The Chinese website said that “Jaggang Village is located in the southern part of Rutog County, 70 kilometers away from the county town. It is a typical plateau village.”
But it is not an ordinary village, it is also known as Chagkang or Chiakang and situated very close to Demchok in Ladakh.
It seems that it is the first time, that such a ‘senior’ religious leader, adventures himself on the Indian border, which China says is ‘disputed’. 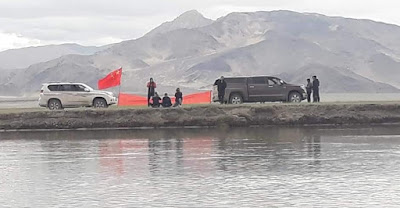 One still remembers that three weeks earlier, some ‘Tibetans’ (probably PLA soldiers in disguise) protested against the Ladakhis and Tibetans in Demchok/Koyul/Dungti area of India who had celebrated the Dalai Lama’s 84th birthday.
China Tibet Online wrote that Gyaltsen Norbu went inside the home of one Wangdul Phuntsok and ‘carefully’ asked about the family's production and living conditions. "Are there changes between your past and present life?" "Are you keeping well; what about your knees?" "Do you go out for a travel?" "How do you keep warm in winter?" "How do the livestock sustain when it snows?" "How many TV channels do you get?"
The website reported that Norbu chatted happily with Wangdul Phuntsok and his family. 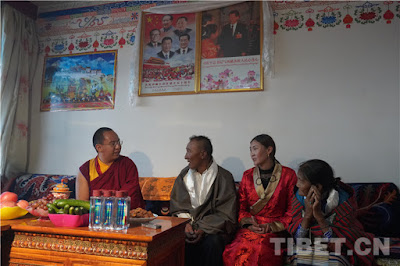 Everything seemed scripted, including the tape-recorder on the table. Wangdul Phuntsok would have said: "The previous generation of our family were all nomads, and living conditions were very poor. Now we live a happy life. And our life has improved a lot."
The discussion continued, Norbu learnt that there is a college graduate in Wangdul Phuntsok's family who hoped to stay in his hometown (village) and find a good job, Norbu advised: "Your generation has already grown up, you should return home and contribute to the development of your hometown."
Later, the Lama visited the home of one Tashi Dundrup, probably a Communist cadre in the village: "Our family used to live in a mud brick house, but look at this big house where my family lives now. I only paid 60,000 yuan (8,500 US dollars), and the rest of the money was paid by the government,"
Tashi Dundrup informed the Lama about his financial situation: "This amount of money was no burden on my family. Because the government gives us grassland subsidies, border resident subsidies, and forestry subsides, this earns us around 50,000 yuan (7,120 US dollars) per year."
It is interesting to note that the villages bordering India are getting ‘border resident subsidies’.
Incidentally, there is no forest in the area as it is located above the tree-line. 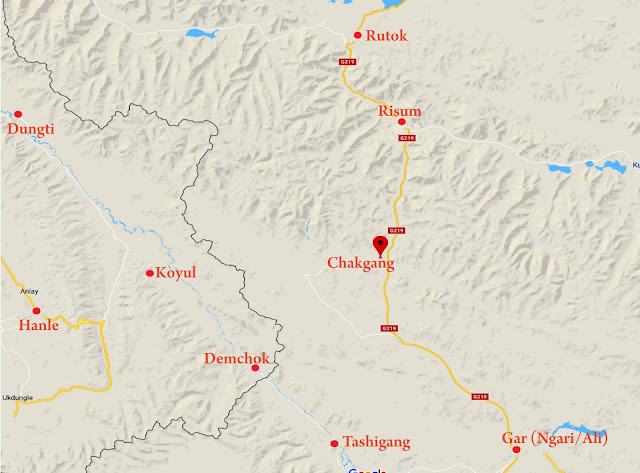 According to the news article, the 63-year-old Tashi Dundrup's most important task was to take his grandchild (courtesy one-child policy!!) to school and bring him back home every day.
Gyaltsen Norbu advised: "You must prioritize education and educate your children well, because the future development depends on the next generation. This way, future generations will live happy lives one after another. I will pray for you every day and pray for your happiness and health. When I have the chance, I will come visit you again." 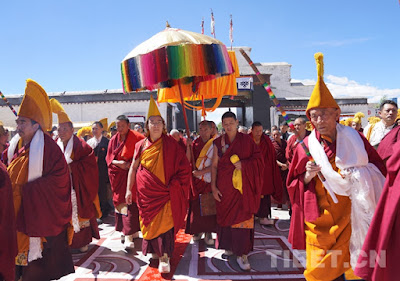 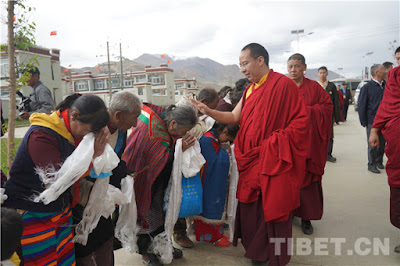 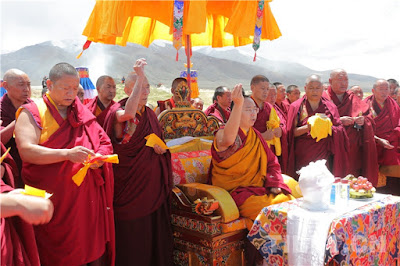 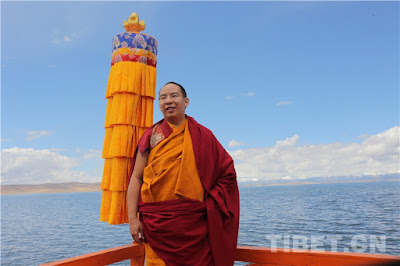 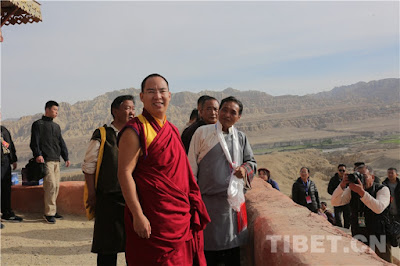 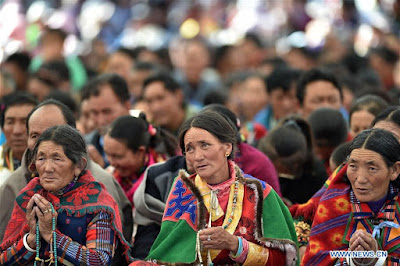 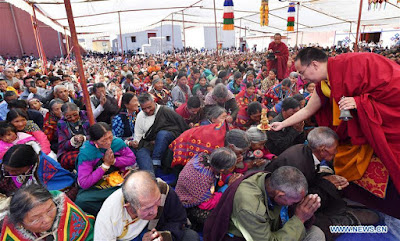 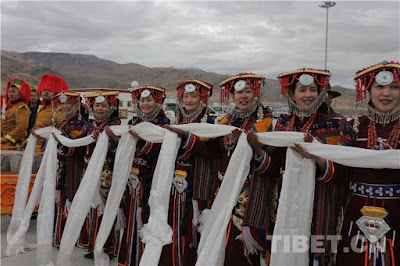