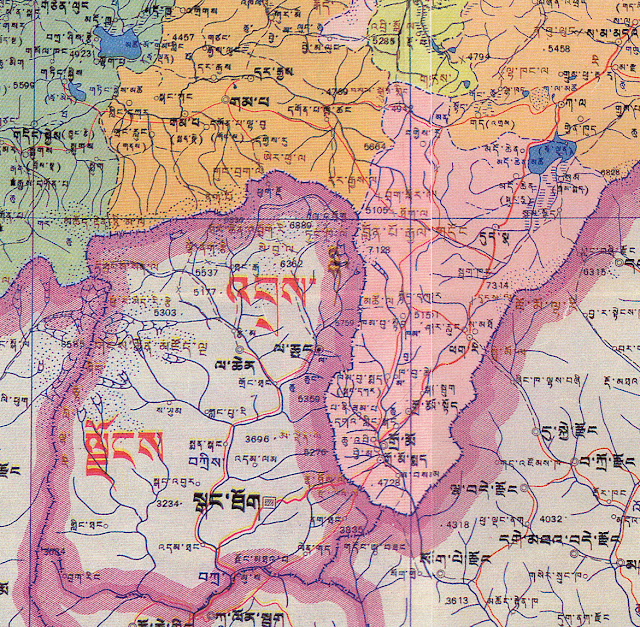 After independence, India chose to be represented in Lhasa by a British ICS officer, Hugh Richardson; the Scot was Indian Mission-in-Charge from 1947 to 1950. On June 15, 1949, in a communication addressed to the Ministry of External Affairs in Delhi, he suggested that India might consider occupying Chumbi Valley up to Phari ‘in an extreme emergency.’ The Chumbi Valley is the highly strategic ‘finger’ sandwiched between Bhutan and Sikkim.
Sixteen months later, Chinese troops invaded Eastern Tibet and Harishwar Dayal, who had replaced another Britisher as the Political Officer in Sikkim, made again the same suggestion: “[Richardon’s] suggestion was NOT favoured by Government of India at the time. It was however proposed as a purely defensive measure and with NO aggressive intention. An attack on Sikkim or Bhutan would call for defensive military operations by the Government of India,” he wrote to Nehru.
The proposal was again rejected by the Indian Government, though many in India thought that Delhi should be more proactive to support the Dalai Lama.
On June 16, 2017, when the Chinese troops entered a disputed stretch at the southern tip of the same Chumbi Valley, India did what it had not done in 1950, it came to the rescue of a friendly neighbor; this time it was Bhutan.
Beijing’s sharp response, via its spokesperson and State media, is probably due to the surprise; China did not expect Delhi to militarily defend Thimphu. It is also true that the trijunction is a strategic hotspot for Delhi, and by occupying it, the Chinese would have a ‘view’ not only on the Chumbi Valley but also on the Siliguri corridor, which is India’s main strategic weakness in case of a military conflict.
Beijing bases its action on the 1890 Convention between the British and the Manchus, which was never recognized by the Tibetans, as they (and the Bhutanese) had not been consulted by the 'Great Imperial Powers'. Tsepon WD Shakabpa, the Tibetan historian explained: “The British were aware that China exercised no real power in Tibet at that time.”
The need to bring the Tibetans onboard eventually resulted in the Younghusband’s military expedition in 1904 and ten years later, the Tripartite Simla Conference.
Further, the 1890 Convention mainly dealt with Northern Sikkim, where two years earlier, an armed conflict had taken between the British and the Tibetans. Though Article 1 mentions “The line commences at Mount Gipmochi on the Bhutan frontier,” the area had never been surveyed. The first survey of northern Sikkim dates 1895; some maps published more than a decade later did not show a defined border.
On June 30, 2017, the Ministry of External Affairs in Delhi clarified that, in 2012, it had been decided with China that the status quo would be maintained: “The two Governments had in 2012 reached an agreement that the tri-junction boundary points between India, China and third countries will be finalised in consultation with the concerned countries.”
Probably getting upset with the delay in finding a solution, Beijing decided to take the matter in its own hand, as it had done earlier in the South China Sea. Beijing has a tendency to believe in the principle that it is better to first be ‘in possession’ and then start talking.
While recently addressing the foreign diplomats in Delhi, Foreign Secretary S Jaishankar stated that China has been ‘unusually aggressive and articulate’.
He told Indian MPs that India’s position has been clearly outlined on the border, though the Chinese have a differing position.
An interesting (and reassuring) feature of the present standoff is that both the Indian and Chinese troops, facing each other in the 7 km gap between the different ‘perceptions’ of the trijunction, are unarmed. Braving the high altitude, two chains of soldiers stand opposite each other preventing a move of the opponent.
As long as no weapon is used, there is still hope to find a diplomatic solution, though the Chinese have gone rather far in their propaganda campaign; this has made a win-win solution, without ‘loss of face’, more difficult to find.
In a recent interview, Former National Security Advisor Shyam Saran said there was no need of acrimonious exchanges: “I don’t think we should look for tit-for-tat kind of exchanges. This is serious business. Would welcome the fact that the Indian side has rather been restrained and mature in its reaction.” It should remain so.
One can only hope that reason will prevail, but a solution is bound to take time, certainly not before the Chinese leadership change during the Communist Party’s 19th Congress at the end of the year.
Before this, the People’s Liberation Army (PLA) will celebrate its 90th Anniversary on August 1. In April, President Xi Jinping, who has introduced in-depth reforms of the PLA, asked all military units to prepare themselves for combat and give priority to building ‘new-type’ fighting capabilities in electronic, information and space warfare. He was probably not expecting that India would jump so quickly to Bhutan’s defence.
All these factors make it more difficult to find a quick solution, which lies in the return of the status quo and eventually the creation of a demilitarized zone.
Posted by Claude Arpi at 7:17 AM