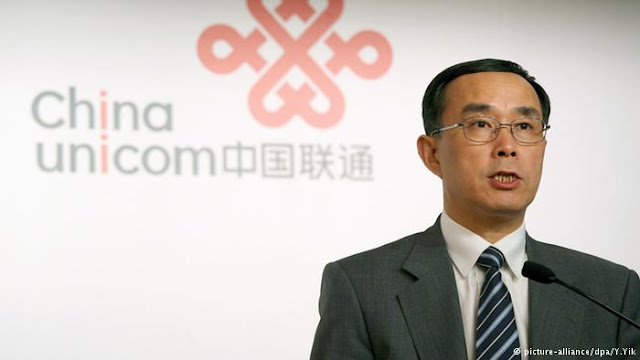 Three years ago, in a post ‘Chinese Hans from Tibet', I mentioned that three senior Han officials had been nominated in the Tibetan delegation to the National People’s Congress .
One was Wang Huning, the powerful member of the Politburo and close confidant of President Xi Jinping.
He was probably put in this position to report to his mentor the ‘feelings’ of other Tibetan delegates.
The second Han in the delegation is Dr. Ding Zhongli, a well-known environmentalist, whose job seems to keep a tab on the plateau’s environment.
The third one was Chang Xiaobing, former Chairman of state-owned China Unicom for 14 years before taking over China Telecom in August 2015.
However, he was detained as part of a graft probe in late December 2015.
I had mentioned it here 'Tibet delegate to the Congress investigated'.
Now Chang Xiaobing faces prosecution, as the Communist Party wrap up an internal anti-graft investigation against him.
The South China Morning Post reported: “The Central Commission for Discipline Inspection said that Chang allegedly took bribes, interfered in the anti-graft agency’s inspection and violated state-owned enterprise corporate governance rules.”
He has been expelled from the party and sacked from all public offices and the prosecutors have taken over his case.
According to the Hong Kong newspaper, “the investigation into Chang was related to allegedly corrupt activity during his time at China Unicom.”
According to a letter by a mainland credit assessment company, Chang would have sold a state-owned office building in Beijing at 800 million yuan below the market price to benefit the family of the disgraced former Central Military Commission vice-chairman Guo Boxiong.
Once again, a corruption case points the finger at the People’s Liberation Army and its two infamous vice-chairmen, General Guo Boxiong and General Xu Caihou.
Who will replace Chang in the Tibet delegation is not known.
Posted by Claude Arpi at 5:07 AM