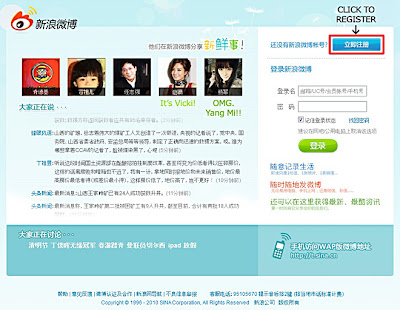 This is about 'political sarcasm'  found on the Internet in China.
Chinascope has translated some Internet and blog postings about today's China.
One is surprised at the candidness of the bloggers ...and their courage.
Of course, most of the issues raised exist elsewhere in the world and particularly in India, but here we have a relatively free Press which allows the 'masses' to record their frustrations, their anger and the excesses  of the politicians and the civil servants (the formers usually take a beating during the next round of elections as the result of scams' coverage).
It is not yet the case in China which does not know elections.
I had already mentioned on this blog  the funny case of: "The Château Lafite Rothschild that you drank was created on a ship."
Let us hope that the Indian Government will not put its threats of censuring social networks into practice, it would be loss for the society.
Though the people would certainly find a way to circumvent any censure.
It is not that easy to muzzle the truth in China and elsewhere.
It gives hope that we shall, one day, live in a better world.

Chinascope Editor’s Note:
Political jokes and sarcasm are a good resource for understanding a country’s political realities, public attitudes, and the nature of problems that affect that society’s stability. An article titled “An Outstanding Student’s Letter to Hu Jintao and Wen Jiabao,” which was published on Weibo.com, combined many of the microblog posts published throughout 2011 that exhibited China’s particular affinity for political sarcasm. Some of these postings can also be found on some official websites, such as the public forums for People’s Daily Online. This indicates that it is not just the public that understands the underlying issues; the government officials acknowledge them as well. A translation of a major part of the article follows. The Chinascope editor has added some helpful information so that Western readers may better understand the specific issues, the references, and the subtlety (although sometimes not so subtle) of Chinese humor.]

According to government statistics, in the past 30 years of reform and opening up, the items that have appreciated in value the most were: housing, cemetery plots, officials’ hats (Ed: that the content of officials’ hats appreciates is suggestive of the large amount of money people have to pay in bribes to secure a government position), moon cakes, and mistresses. The items that have depreciated in value the fastest were: professional titles, diplomas, morals, credibility, and the Renminbi.
China has become a nation of many groups, including the no-money-left-by-the-end-of-the-month group (those who spend but don’t plan), the eat-the-elderly group (those who don’t work but live off of their parent’s income), the low-paid-worker group, the living-in-a-tiny-residence group, the ant group, the complainer group, the con artist group, the chasing-self-interest group, and the hiding-marriage group (married people who appear single in public due to workplace or social pressure, such as not being able to afford a wedding).

This year, a “nail” resident (Ed: 钉子户, a new term in China referring to someone who refuses to give up his home when government officials appropriate the land in order to develop it) resorted to the most desperate solution; she ended her life (Ed: Tang Fuzhen set herself on fire). Her death did not prove the government’s barbarity and shamelessness, but only that gasoline could ignite.

In this year, Li Gang didn’t get famous. Li Gang’s son didn’t get famous either, but Li Gang’s son’s (words about his) dad got really famous. (Ed: Li Gang is the Deputy Director of the Beishi District Police Department, Baoding City, Hebei Province. While driving, his son hit and killed two college students. When the authorities came to get him, he infamously said, “Go ahead and sue me if you dare. My dad is Li Gang!” The sentence, “My dad is Li Gang,” has since been the subject of many sarcastic jokes on the Internet.)

Recently, the government issued telling statistics:
China’s Current Banking Situation (this is classic):
(Ed: In China, all the major banks are state-owned. Therefore, when there is a conflict between the bank and the customer, the government sides with the bank)

China’s Current Situation:
In conclusion: You can’t afford to live, nor can you afford to die.

An ordinary person might think, “Why can’t I outwit the government?” Here are the reasons:

When Gao Xiaosong (Ed: A Chinese musician who was put in prison for six months in 2011 for drunk driving) got out of prison, he wrote on his personal microblog, “November 8, the beginning of winter, my term (in prison) is over,; I am returning home. 184 days, the longest 6 months. How is every one? How is the outside world?”

Replies:
“Teacher Xiaosong, in the past 6 months:
Laden was killed;
***

The differences between television and the computer (Ed: comparing the state-controlled media with the Internet):
When you turn on the computer, it seems that the society is so dark, officials are so corrupt, gangsters are on a rampage, people struggle to make ends meet, and the Chinese Communist Party (CCP) will be destroyed immediately.
When you turn on the television, it seems that society is in such harmony, people are so happy, the whole country is full of peace and prosperity, and the CCP will stay in power for a hundred years without any problem.