When the Chinese Glasnost died again 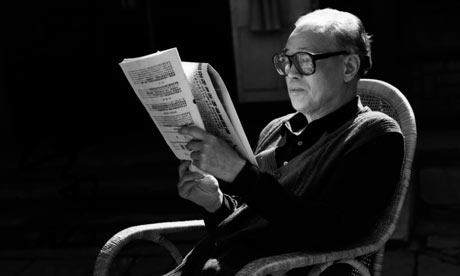 One the occasion of the 30th anniversary of the Tiananmen massacre, I re-post an article written in January 2005.
Yesterday during the monthly briefing by senior Colonel Wu Qian, the spokesman of the Chinese Ministry of National Defence, a correspondent asked if the People's Liberation Army had any comment on the suppression of students 30 years ago.
Wu Qian replied: "I don't agree with the word 'suppression' in your question."
He added "Over the past 30 years, the process of our reform and development and our stability and achievements have already addressed your question."
Even this was deleted from the official transcript of the Press Conference...
It shows that China is nervous...

From Rediff.com, The Day Chinese Glasnost Died.
Did Zhao Ziyang die on January 8 or did he die on the morning of January 17? That is a million yuan question!
On the same day in 1976, another Chinese leader, its Prime Minister Zhou Enlai, passed away.
When Zhou died, the Great Proletarian Cultural Revolution had just ended. Modern China had gone through its 10 most tormented years.
During previous months, Mao had refused to provide treatment for his premier who had cancer; the Emperor wanted Zhou to die before him.
Even in Communist China, there is protocol!
In fact, the problem was that the premier was more popular than the Great Helmsman with the masses. Zhou's death was observed by Dr Zhisui Li, Mao's private physician who commented: 'What worried me most was the power struggle to follow.'
In Beijing, memories of the Cultural Revolution purges were still fresh in the populace's psyche. Though resentment was growing, nothing could be done openly as yet.
At that time, the Chinese New Year was approaching. When Mao decided to celebrate the event with firecrackers, the crowd outside Zhongnanhai (the residential enclave where Politburo members live) thought the Chairman rejoiced over his premier's death. Anger mounted, but the people of Beijing had to wait a few more weeks to express their respect for the deceased leader.
Dr Li wrote: 'Beginning in mid-March, knowing that the Qing Ming festival for honoring the dead would be celebrated on April 4, the citizens of Beijing began going to the Monument to the Revolutionary Heroes in Tiananmen Square to place mourning wreaths for Zhou. The movement was spontaneous, and the crowds grew larger by the day. The country had not witnessed such an outpouring of popular sentiment since before the Communists came to power in 1949.'
As April 4 approached, Dr Li visited Tiananmen clandestinely: 'The Square was filled with tens of thousands of people singing, making speeches, and reading poems. The mourning wreaths stretched from the Monument to the Revolutionary Heroes in the centre of the square all the way to Changan Avenue just in front of the Gate of Heavenly Peace, and thousands of banners were flapping in the breeze. It was impressive and moving.'
A similar event occurred 13 years later.
In 1989, though Hu Yaobang had been sacked as the secretary general of the Chinese Communist Party in January 1987, he was still a member of the Politburo and entitled to attend important meetings. On April 9, after uttering some strong words on the Communist Party's failures, the respected Hu Yaobang had a stroke. A week later he passed away.
Zhao Zhiang, then secretary general of the Chinese Communist Party, made the customary brief assessment of Hu's life: 'Comrade Hu was a loyal, tried and tested Communist fighter, a great proletarian revolutionary and politician, an outstanding political worker for the army.'
It was agreed that Hu would have a national funeral service with the norms of standing members of the Politburo. The plan was accepted by all the party's senior leaders including Deng Xiaoping. During that meeting, Zhao requested Qiao Shi, No 3 in the party and responsible for security, to 'keep a close watch on how Comrade Yaobang's death might impact society.' Qiao Shi is said to have replied: 'At the moment, society is in pretty good shape, Things are fairly stable.'
In the afternoon of April 17, 600 students of the Chinese University of Political Science and Law marched into Tiananmen Square with mourning banners and wreaths. They were 10,000 by the evening.
The next day, students and onlookers poured in from Beijing University and other places. Wreaths accumulated in front of the Monument to the Revolutionary Heroes.
The rest is history.

It was the beginning of the largest spontaneous student revolution since 1919.
During the following days and weeks, the students demanded freedom of speech and the press, democratic elections, greater transparency in government dealings.
The pretext for the explosion of the students' ire was the fact that Hu Yaobang had been sacked though he had followed 'correct' policies. They demanded that the government 'should affirm as correct Hu Yaobang's views on democracy and freedom.' When the People's Daily termed the first spontaneous demonstrations as 'turmoil', the events took a new turn. For the students, the word 'turmoil' (dongluan) had a strong meaning in Chinese reminiscent of the black days of the Cultural Revolution.
One man played a major role in the Tiananmen events -- Zhao Ziyang. Having the same conviction as Hu Yaobang, he thought that a possibility of political reform existed in Communist China. During the following weeks, he constantly tried to negotiate a compromise with the students. This could have changed the Middle Kingdom's fate.
One of his collaborators, Wu Guoguang, remembered in Time magazine: 'In the wrong place at the wrong time, Zhao Ziyang did the right thing. It was close to midnight on the night of May 19, 1989. China's leaders were finalising their plans to declare martial law and crush the Tiananmen Square democracy protests that had, in the preceding 48 hours, swelled to include more than a million demonstrators.
Zhao, then general secretary of the Chinese Communist Party, might have remained with the commissars inside Beijing's Great Hall of the People as they called in the troops. Instead, stooped with fatigue, tears in his eyes, he waded into the throngs of students and in the gathering darkness pleaded with them to abandon their vigil before it was too late.'
Three days earlier Zhau had received Mikhail Gorbachev, then general secretary of the Soviet Union Communist Party. Was Zhao trying to emulate his Soviet counterpart when he spoke to the students? The Chinese leader told Gorbachev, 'Some young people now had doubts about the superiority of socialism, that these doubts arose from genuine problems with the Party leadership and certain entrenched habits, and that the only way out for socialism was continued vigorous reforms.'
This view was certainly not shared by all in the standing committee of the Politburo. Just after Zhao had met Gorbachev, an important meeting was held, the verdict was split: two members were in favour of using force against the students, two were for a continuation of the dialogue and one, Qiao Shi, abstained.
The next day, the matter was referred to Deng Xiaoping. Zhao had told Gorbachev: 'Even though Deng Xiaoping had retired from his Party posts in 1987, the Party had recognised that his wisdom and experience were essential and that for the most important questions he would still be at the helm.'
Deng decided to use force. On May 20, the martial law order was signed by Prime Minister Li Peng. Two days later, Zhao Ziyang was sacked and Jiang Zemin was called from Shanghai to replace him.
During the night of June 3, Li Peng ordered the tanks to roll on the Square. Between 3,000 and 10000 students lost their lives that night. The Party was saved and the fate of China was sealed (at least for the next few decades). One of the many ironies was that Li Peng was Zhou Enlai's adopted son.
On October 17, 2004, Zhao celebrated his 75th birthday. The Human Rights in China group reported: 'In the past three days large groups of people have been gathering outside Zhao's Beijing home, requesting permission to see him. The groups, which range in size from a dozen to upwards of 100 people, seem to be made up largely of Zhao's former subordinates and his close friends and relatives.'
On the same day, a group of senior Chinese citizens and Zhao's supporters wrote to President Hu Jintao and Premier Wen Jiabao about Zhao's continuous detention: 'We strongly urge that you unconditionally and immediately release Mr Zhao Ziyang from house arrest, restore his freedom, and resume all his civil rights!
'No matter how the CPC (Chinese Communist Party and its government would now judge the 1989 political storm and whether Mr Zhao was right or wrong at that time, as a citizen of the People's Republic of China, his civil rights ought to be respected and protected. Without due legal procedure, his freedom and civil rights are not to be deprived. We believe that you share this common view with us, and with all those who respect the constitution and laws of China.'
On January 8, 2005, the media reported from Hong Kong that Zhao had died. This was denied by Chinese Foreign Ministry spokesman Kong Quan as totally untrue: 'Zhao Ziyang is an old man who is over 80. He fell ill, but after attentive treatment, his condition is currently stable,' he told reporters. However, one can doubt the veracity of this declaration (Zhao's daughter admitted he was in a coma).
Probably, like Yasser Arafat, the announcement of his death will be stage managed to ensure that all arrangements for his 'non-official' funeral are complete.
Already news from the BBC says, 'A thousand policemen are to be deployed every morning on Beijing's Tiananmen Square to escort visitors to the flag-raising ceremony. The new rules may be designed to prevent any dawn protests on the square, scene of a bloody pro-democracy crackdown in 1989.'
All this coincides with the publication of a Gallup report which concluded: 'The people of China may be far wealthier than they were a decade ago, but they are not very satisfied with their quality of life, a survey showed.'
In the meantime, the European Union prepares to lift the arms embargo imposed after the Tiananmen events.
This will be the third time Zhao died. Politically, he died at Tiananmen Square in May 1989; he probably died in a Beijing hospital earlier this month; and the principles he fought for will be buried for the sake of selling a few weapons more.