Asterix and the Rafales 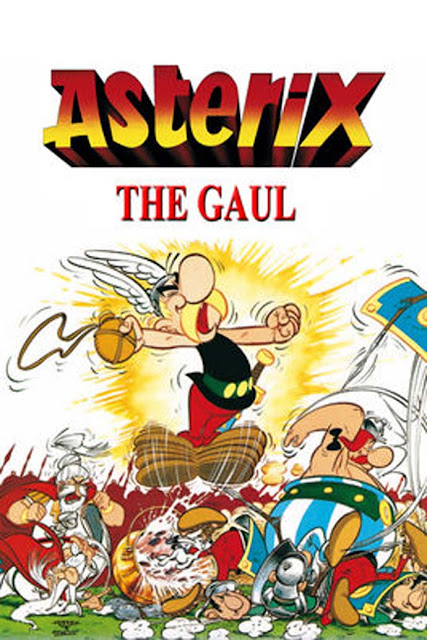 The connections run deeper — be it the unruliness of the people of both the countries, or the French minister meeting our Bollywood stars.

Gaulish tribes always feared that the sky would fall on their heads; it is what nearly happened to the Macron government when it recently faced millions of Gilet Jaunes (Yellow Vests) in the streets of France. This phenomenon is a bit difficult to understand from India. It involved some atavism; in fact, the Gaulish character traits have never really disappeared, they keep re-emerging from time to time. One of these traits is not to accept any ‘establishment’.
Remember in the comic, Asterix the Gaul?

French pride
Centurion Gracchus Armisurplus, commander of a Roman Compendium fortified garrison, pays a heavy price each time the Gauls walk out of their village; Asterix and his companions could not accept the established Roman hierarchy.
When Emmanuel Macron became President with a comfortable majority, he probably knew that France was ‘ungovernable’.
Whether in May 1968 or today, the French love to march down the streets to protest; nobody can stop them shouting “Ras le bol”, (‘the bowl is full’) or chanting “Macron, du Pognon” (Macron, give dough), while blocking the roundabouts of France.
Initially, it might have been for some good reasons as there are indeed shocking inequalities in French society, and for millions, the end of every month is tough, but it soon turned violent.
When Macron spoke of “Gaulois réfractaires” (‘change-allergic Gauls’), it created a huge commotion among his countrymen (though they are proud of their Gaulish DNA).
To cool down the situation and bring back a semblance of calm to the country, Macron had to finally announce a series of concessions and suspend the ‘reforms’.
It is in these circumstances that Jean-Yves Le Drian, the French Minister for Europe and Foreign Affairs, visited India on December 14 and 15.
But there was more than the Gilets Jaunes to the visit; India had been caught in the electoral high-pitched fever, with one party accusing the government to be a chor, filling up the ruling party’s coffers through the French ‘Rafale deal’.
For anyone who had followed the issue since 2001, when the government issued a ‘Request for Information’, it was clear that it was only a campaign tactic to show the BJP as a corrupt government; never mind if the truth was the first victim.
Though for some 65 years, Dassault has been one of the most reliable defence partners of India, the issue had started poisoning the bilateral relations between France and India.
Interestingly, the morning Le Drian arrived in Mumbai the Supreme Court delivered its judgment on the ‘deal’; it was certainly a huge relief for both the countries (as well as the Indian Air Force).
[See my interview with Le Drian four years ago]
During his interaction with the French Minister, without pronouncing the ‘R’ word, Prime Minister Modi welcomed “the strengthening of bilateral ties in all spheres, including defence, space, counter-terrorism, maritime security, and civil nuclear cooperation.”

Rafale and reactors
The bilateral relations were back on the rails, after Le Drian met his Indian counterpart, Sushma Swaraj.
The French Minister noted the great convergence of views and shared ambition: “we attach the same importance to multilateralism, respect for the rule of law, the same ambition to usher in a just and sustainable world.”
Despite France being ‘ungovernable’, the people-to-people relations are blooming (perhaps because India is not easy to govern too).
In 2018, about 7,500 Indian students went to France to pursue their studies and in 2007, about 7,00,000 Indian visitors travelled to the land of Asterix.
Of course, one can doubt that the European Pressurised Reactor (EPR) project in Jaitapur, Maharashtra, will fructify soon, though it was decided to adopt “an action plan to guide our work for the coming months”.
If it materialises one day, EPRs will have a capacity of 9,600 MW helping India to achieve her objective to produce 40 per cent of its electricity from non-fossil fuels by 2030. But the project is facing huge ideological, political, engineering and legal hurdles.

Strategic ties
Interestingly, the day Le Drian landed in Mumbai, totalitarian China announced that its first EPR went into operation at the Taishan Nuclear Power Plant. But India is not China; India, like France, is a democracy, having to play by the rules.
In Delhi, Le Drian spoke of the strategic front, notably the strengthening of the bilateral exchanges in the Indian Ocean Region (IOR).
The Observer Research Foundation (ORF) stated: “India’s policy in the IOR suffers from one serious deficiency. New Delhi has for long lacked a reliable partner to develop her own interests. The Joint Strategic Vision for Cooperation recently concluded with France promises to change that.”
Though this aspect of the bilateral relations is not often mentioned, it is deeply significant and symbolises the Indo-French convergence of interests.
In October, Florence Parly, the French Defence Minister, said that Paris would send its aircraft carrier to the Indian Ocean in 2019, “to defend freedom of navigation at a time of growing Chinese assertiveness in disputed waters. …Whenever there are infringements of this fundamental principal of international law, as is currently the case in southern China, we shall make a show of our freedom to act and sail in such waters,” she added.
One trait of the unruly French tribes was their steadfastness in their friendship.
This trait remains true till date — remember 20 years ago, when India went ahead with her nuclear test; very few defended India. It is the time France chose to sign a Strategic Partnership with India; it was this message that Le Drian’s visit wanted to convey. His meeting with Bollywood stars was a mere cherry on the anniversary cake.
Posted by Claude Arpi at 2:44 PM