China attempting to square the circle 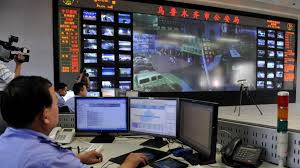 Xi Jinping’s desire to make China a global power may land him in trouble as the Communist Party can’t rule without creating resentment. This will bring China to a dead-end

China is a big country, a powerful state, but a nervous nation. Beijing is today able to rule far beyond its borders; a seemingly-insignificant incident: During the World Cup semifinal between France and Belgium in Moscow, a French man shared his photos holding a Tibetan flag. Hugues Picon, the activist, was immediately arrested and kept in police custody and barred from entering the stadium for the final. He was probably unaware of the length of Beijing’s arm. However, China’s extended power is bound to create more and more problems for President Xi Jinping in the future. The Communist Party in Beijing can’t rule the world without creating resentment all-over. A commentator in The South China Morning Post pointed to a serious issue confronting the Middle Kingdom: “China needs to heed overseas unease as it moves to global centre-stage.”
Observers are concerned over the growth of Chinese nationalist pride and influence abroad. The Hong Kong paper remarked: “China must be wary of nationalist pride and its visions of taking global centre-stage triggering unease among its neighbours.” In a new book, China’s Change: The Greatest Show On Earth, Hugh Peyman, an old China watcher, questions: Has China got it right? Ultimately, Peyman believes that Deng Xiaoping’s approach will continue to serve the country well, and ‘as long as China keeps changing, it will find its way’. That is probably where the fate of China will be decided.
But can China change and become a state accepting the global rules of behaviour?  Unfortunately during the past five years, China has changed but for the worse, ignoring or antagonising its own periphery (Tibet, Xinjiang, et al), as well as its neighbourhood. The recent campaign to forcibly assimilate ethnic Uyghurs in Xinjiang in order to erase nationalist sentiment and create an Islam with socialist characteristics is a case in point. James Dorsey, a senior fellow at the S Rajaratnam School of International Studies, Singapore, wrote that the move is bound to fail because it “ignores lessons learnt not only from recent Chinese history but also the experience of others.”
Referring to the Belt and Road Initiative, Dorsey added: “In what amounts to an attempt to square a circle, China is trying to reconcile the free flow of ideas inherent to open borders, trade and travel with an effort to fully control the hearts and minds of its population.” At the same time, inside censorship shows that not all is under control.
The South China Morning Post observed: “China’s censors are scrambling to control the narrative about the trade war with the US by giving the media a list of dos and don’ts when reporting on the topic.”
Knowledgeable sources in the Chinese media told the newspaper that they had been told “not to over-report the trade war with US and be extremely careful about linking the trade war to stock market falls, the depreciation of the yuan or economic weakness to avoid spreading panic.” Is it possible to tightly manage everything and everyone? But presently control is extremely well-organised. According to Chinascope, a first batch of graduate students recently received Master’s degrees in United Front (UF) studies at the Central Institute of Socialism in Shandong University, the Chinese Communist Party’s training and education facility for its cadres. Chinascope said: “Since its launch in 2015, the program has recruited 38 doctoral and 50 masters degree students.” The UF is an organisation to carry out the party’s revolutionary and political campaigns not only in places like Tibet, Xinjiang or Taiwan, but also abroad.
The UF was introduced during the 1917 Bolshevik Revolution as the soft hand of the party. According to the Jamestown Foundation: “The United Front Work Department is the department of the CCP charged with consolidating support for Party policies among non-CCP members, including among individuals of Chinese descent overseas. It is has long been a key, albeit well concealed, element of the CCP’s foreign policy.” The last issue of the China Brief of the Jamestown Foundation takes the case of Mongolia: “Sinified religion has a role to play in Xi’s elevation of the UF into a foreign policy tool.”
It studied the case of the Jebtsundamba Hutugtu’s succession process: “It is perceived as a challenge the CCP’s neo-imperial reincarnation management system, which will undergo a major test when it comes to the selection of the next Dalai Lama reincarnation.” The Jebtsundamba is the equivalent of the Dalai Lama in Mongolia. The study shows that some unreported events in Mongolia “reveal attempts to cultivate senior lamas and exploit internal divisions to counter Dharamsala’s influence and earn global Buddhist ‘discourse power’.” Chinese organisations would like to compete with India for the lead of the Buddhist movement worldwide. The UF has considerably extended its influence under Xi, particularly by absorbing into the UF Department, the State Administration of Religious Affairs, a Government organisation which implements China’s religious policy. At the same time, Internet surveillance has tremendously expanded overseas, thanks to a host of new technologies.
Chinascope reported that Zhongkedianji Beijing Technology, a big data firm in Beijing, admitted to have developed a software called ‘junquanyuqun’; it is capable of detecting more than 8,000 ‘sensitive’ websites in Hong Kong, Macao, and Taiwan: “In addition, it has established 18,000 information outlets in China which can monitor news, forums, blogs, microblogs, pictures, and videos. It can even collect information in 53 languages including English, French, Spanish, and the languages of ethnic minorities in China.” The company’s website said that the surveillance system can “carry out public opinion analyses, information warnings, and hot spot analyses. It can collect negative public opinion, public opinion trends, briefings, analyses, forwarded information, and do statistical analyses for the Government. It can monitor news, forums, blogs, Weibo, pictures, videos.”

Surveillance also applies to the Chinese expats. Bilahari Kausikan, Singapore’s former permanent secretary for Foreign Affairs, recently told a forum in Singapore: “In plain language, what this means is that overseas Chinese should be persuaded, induced, or in extremis, coerced, into accepting allegiance to China as at least part of their identity.” It is quite frightening. But ultimately, this will bring China to a dead-end. Too many foes will be unmanageable, even for a big power. Will Xi get the message before it is too late?
Posted by Claude Arpi at 10:26 AM