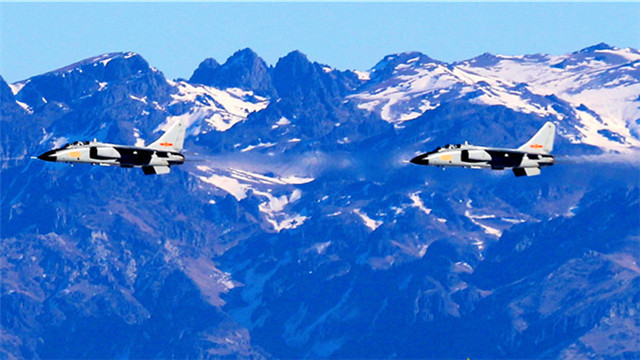 My article Chairman Xi shuffles his pack as China begins to analyse the Doklam incident appeared in Daily Mail (UK) and Mail Today.

While the Doklam incident is over and many still rejoice that India 'won' the battle, some uncertainty remains. And if corrective measures are not taken from the Indian side, it is clear that similar incidents will happen again with a different outcome the next time.
There is no doubt that China has started analysing the incident too. In this context it is interesting to look at the changes which have taken place in the Chinese defence forces since an agreement was found between Beijing and Delhi on Doklam.
First, it is obvious that China may remain belligerent for some time, partly because China had to withdraw from the Bhutanese territory without being able to build a road.
For example, the Communist media, particularly The Global Times, has gone ballistic against the Indian Army Chief: 'Rawat has such a big mouth that he could ignite the hostile atmosphere between Beijing and New Delhi. He not only turns a blind eye to international rules, but also made us see the arrogance probably prevailing in the Indian Army.'

Attack
For Beijing, attack remains the best form of defence, but vital changes have taken place within the People's Liberation Army (PLA).
On the positive side, some officials in Beijing seem to realise that aggression can lead China nowhere.
Maj Gen Qiao Liang, one of the best known military strategists and the co-author of Unrestricted Warfare, a book which created waves in strategic circles in the West, wrote in The Global Times: 'We should spare no efforts to avoid pushing the country into a war as peace is the best outcome.'
Qiao continued: 'Road construction in this area is not a matter of right and wrong, but we need to understand that it's not always right to do something right at any time.
'Only doing the right thing at the right time is correct… resorting to war is irresponsible. Whenever there may be a way to solve a conflict without war, war should be avoided.'
At the same time, Xi Jinping, the Chairman of the all-powerful Central Military Commission (CMC), has undertaken an overhaul of the defence forces.
A few weeks before the Party's 19th Congress (scheduled to start on October 18), new faces have appeared on the scene; a massive reshuffle of the PLA's generals, not only at the Group Army (Corps) level but also at the top of the hierarchy, is ongoing.
Analysts believe that Xi is promoting his favourites to PLA's top posts to gain absolute control over the military; in the process, two top generals got sacked hardly a month before retiring.
Gen Fang Fenghui, the equivalent of the US Chief of Defence Staff, was replaced as Chief of the PLA's Joint Staff Department by Gen Li Zuocheng, a Xi protégé.
Fang and Gen Zhang Yang, another CMC member, will not even participate in the forthcoming Congress.
The rumour mill said that they were being 'investigated', a term not usually auguring well for the targeted person.
This may indicate bad days ahead for the generals.

Impermanence
By mid-October, out of 11 members of the CMC, only two may remain, the Chairman and Gen Xu Qiliang, one of the two serving vice-chairmen.
Note that in China, unlike democratic India, there is no fuss about 'seniority'; superseded generals have only to learn the meaning of 'impermanence'.
Remember the case of Lt Gen Yang Jinshan, a former Deputy Commander of the former Chengdu Military Region (MR), who served several years in Tibet. He was a rising star of the PLA; in 2012, he was even promoted to Central Committee, the Party's top heaven; at that time, he was senior to his direct boss, Li Zuocheng, who then commanded the MR.
Today, Yang Jinshan is languishing jail, being 'investigated' while Li Zuocheng is the powerful Chief of the Joint Staff Department. On September 1, Gen Han Weiguo, only 61, was appointed commander of the PLA Army and Gen Ding Laihang, 60, commander of the PLA Air Force (PLAAF).
Gen Han served in Fujian in the 1980s at the time Xi was Deputy Mayor of Xiamen, while Gen Ding's career also overlapped when the latter was Governor of Fujian Province.

Surprises
The recently-released list of PLA's delegates to the 19th Congress had some surprises. The 303 'elected' members belong to 31 different units, compared with 19 in 2012; one example, the new PLA Rocket Force is now represented.
More than 90 per cent of those 'elected' will be first-time attendees, representing a new generation of officers who will owe their rise to Chairman Xi only.
Further, according to The Asia Times, the ethnicity factor still plays a negative role in promotions: 'While sweeping military change is on the cards at China's upcoming communist party Congress, few expect ethnic minority officers from unstable regions to make top brass.'
Though there is a slight rise in the number of 'ethnic' delegates (6 per cent of the delegates are ethnic minority officers, from 4.6 per cent in 2012), their number is relatively small and they don't occupy important post.
The Asia Times noted: 'The Manchus and Tibetans will each send three delegates, while the Uyghur, Hui and Tujia will each put forward two. The Zhuang, Xibe, Korean, Qiang, Bai and Naxi ethnicities will each send one delegate to the Congress.'
This remains the PLA's Achilles' heel.
The future of the relations between India and China is undoubtedly linked to the outcome of the seismic changes in the PLA.
India should not only watch carefully, but also get its acts together, particularly in the field of border infrastructure.
Posted by Claude Arpi at 7:34 AM