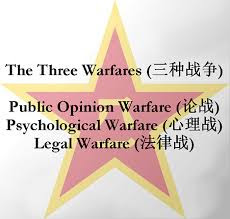 My article Gullible innocents, or willing propagandists? appeared in the Edit Page of The Pioneer.

The publication of pro-China articles by the India media raises two questions: First, why are Indian journalists propagating stories planted by Beijing? Second, can the Chinese be trusted even after they have signed a deal?