Glimpses on the History of Tibet in Chinese 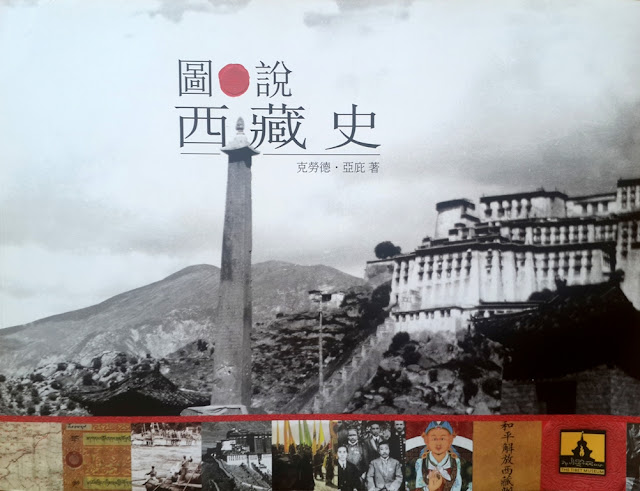 A couple of years ago, I prepared an exhibition entitled Glimpses on Tibet History.
A book including the 25 panels of the exhibition (in the book format, it comes to 50 pages) was published by The Tibet Museum of Department of Information and International Relations, Central Tibetan Administration in Dharamsala.
The text has recently been translated into Chinese and the exhibition was shown in Taiwan.
Click to see the video (via Facebook)...

In the course of a talk with young Tibetans (most of them born in India), His Holiness the Dalai Lama suggested that we should prepare an exhibition on the history of Tibet.
Thus was born ‘Glimpses on the History of Tibet’.
Today, the exhibition has become a book.
This is timely as Chinese propaganda recently made fun of what it terms the ‘so-called Independence of Tibet’; Xinhua news agency calls Tibet’s independence, ‘a farce in the present tense’.
This book proves the opposite: Tibet was an independent nation and this, for the past 3000 or 4000 years.
An Indian sage thus described India: “Spirituality is the master-key of the Indian mind; the sense of the infinite is native to it. India saw from the beginning that the physical does not get its full sense until it stands in right relation to the supra-physical; she saw that the complexity of the universe could not be explained in the present terms of man or seen by his superficial sight...” 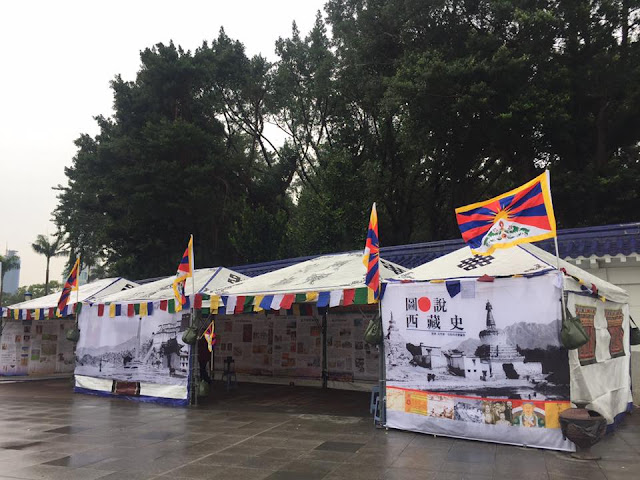 This could also apply to Tibet which for millennia, even before the introduction of Buddhism, has been looking ‘inside’ to discover the secrets of the Spirit. This is the clear thread linking these glimpses on the political history of the Roof of the World.
We have faced one main difficulty while preparing this exhibition/book.
How to slice more than three millennia of history (His Holiness requested to mention the latest archaeological discoveries) in 50 images without betraying the flow of events and people.
Impossible said the experts; unfortunately (or perhaps fortunately) we had no choice but to try. These glimpses should just be seen as 50 snapshots of this ancient nation’s history.
The two thankas presented by His Holiness to go with the exhibition/book gave a direction to our search.
The first, depicts Santarakshita and Padmasambhava, who established the roots of Buddhism in Tibet, particularly the Nalanda lineage and the Indian Tantrik tradition respectively; the second thanka of the Three Religious Kings demonstrates the military strength of the Tibetan Empire at one point in history; in His Holiness’s words: “There have been occasions when Tibetan rulers conquered vast areas of China and other neighbouring states. This, however, does not mean that we Tibetans can lay claim to these territories.”
These glimpses show that in the past Tibet was an independent nation and though for sometime it lived in isolation, during most of the last 4000 years Tibet had constant contacts and interactions with the neighbouring nations and often influenced other cultures.

Our history, dating back more than two thousand years, has been one of independence. At no time, since the founding of our nation in 127 BC, have we Tibetans conceded our sovereignty to a foreign power. As with all nations, Tibet experienced periods in which our neighbours — Mongol, Manchu, Chinese, British and the Gorkhas of Nepal sought to establish influence over us. These eras have been brief and the Tibetan people have never accepted them as constituting a loss of our national sovereignty.
The Dalai Lama

Email ThisBlogThis!Share to TwitterShare to FacebookShare to Pinterest
Labels: Book Excerpts, Glimpses on the History of Tibet