During the ‘enthronization’ ceremony in Lhasa, when Wu Yingjie took over as Party Secretary of the Tibetan Autonomous Region (TAR) from Chen Quanguo, who is sent to ‘pacify’ Xinjiang (with probably a seat in the Politburo as a reward), it was interesting to see that a Han Chinese jumped over two Tibetans to make it to the top.

The order of precedence in the TAR Standing Committee was:
Though The China Daily says that Wu “won applause for saying people's livelihoods have been his top priority during his entire political life in the autonomous region,” his promotion over two Tibetan looks like racial discrimination.
Beijing will say that it is not, it is the Party prerogative.
But the fact remains that sixty-five years after the so-called Liberation of Tibet, Beijing still does not trust the Tibetans.
Small mercy, Wu served 40 years in Tibet; he knows Tibet well.
Towards the end of the Cultural Revolution, he was then 16 only, he came to Tibet where he worked for some 20 years in the education field.
As mentioned yesterday, later he served the Party in different capacities.
After Chen had finished his farewell speech, Wu spoke very emotionally: “Since I was young, I have lived, worked and grown up in Tibet. I was brought up by the Party, the people, the Tibetan Plateau and all the ethnic groups of Tibet.”
Wu added: “Tibet is my second home. I think of myself as a local Tibetan. I deeply love the land and the hardworking people here."
He also said: “In my new position, I will continue to serve the more than 3 million people of Tibet. I know it is a glorious mission, but I do not think it will be easy.”
For those who equate Kashmir to Tibet, can we imagine the State of J & K having outsiders as Chief Ministers? And what about Tamil Nadu having a Chief Minister from UP, not speaking Tamil?
And what about a Legislative Assembly in Srinagar with MLAs from Bihar, Kerala or Bengal?
It will bring a revolution, and rightly so.
China would like to project the image of a ‘normal’ State, but it is not the case.
It must be frustrating for people like Padma Choling or Lobsang Gyaltsen to be superseded, though I am sure they are aware of the rules of the game.

Here is the list of Han Party Secretaries in Tibet since the so-called Liberation
Incidentally, Chen Quanguo was seen off by the Chinese Panchen Lama Gyatsen Norbu. 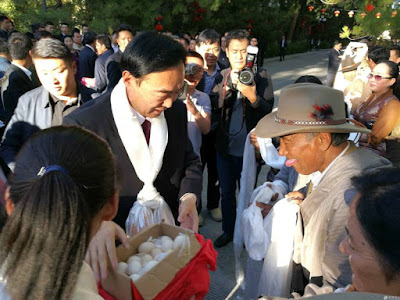 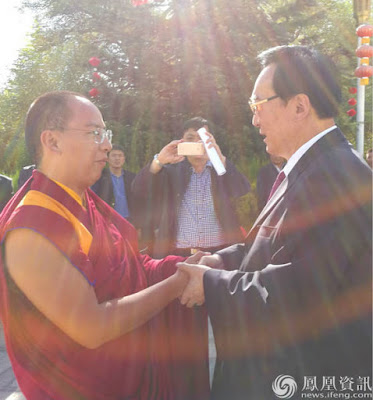 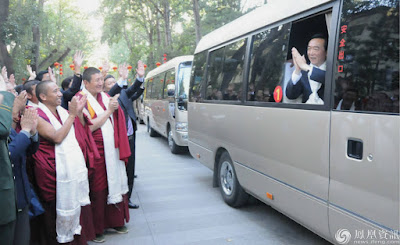