Civilian intrastructure used for military purpose on the plateau 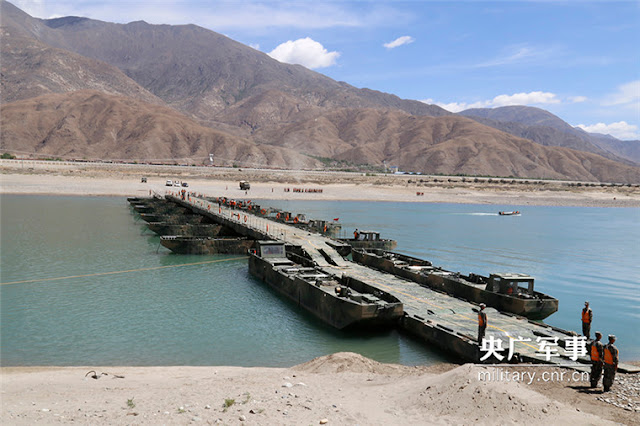 I have often written about the dual use of the infrastructure in China (and particularly on the Tibetan plateau).
Yesterday, Xinhua reported that during their bi-monthly session, the Standing Committee of the National People's Congress (NPC) discussed a new law on national defense transport.
The legislation will cover the use of railways, waterways and air routes for defense purposes as well as civilian purposes.
According to Xinhua: “The new law is expected to regulate the planning, construction, management and use of resources in transportation sectors such as railways, roads, waterways, aviation, pipelines and mail services, for national defense.”
The idea is to integrate military and civilian resources and make sure that the national defense transport network is compatible “with market and economic development”.
It is what Zhao Keshi, head of the Logistical Support Department of the Central Military Commission, told the legislators.
A national authority will be formed with the objective of “overseeing the national defense transport network”.
The main players will be the local governments, military departments and more importantly, the newly-created Theater Commands.
They will be jointly responsible to implement the new law.
Xinhua explains: “A consultation mechanism will be established between local governments and military departments to disseminate and discuss information on construction plans, ongoing projects and demands.”
And when the needs occurred, civilian transport vehicles and facilities will be pressed into service by the PLA.
The concept behind the new law is that the national defense transport should consider the needs of both peace and war times and vice-versa, when the civilian departments plan for a new infrastructure it should be usable by the PLA.
Interestingly, the national defense considerations will include in any technical standards and codes for transport facilities and equipments.
Xinhua adds: “No organization or individual is allowed to undermine the proper use and safety of national defense transport projects and facilities.”
China should be setting up “a strategic projection support force to facilitate efficient organization of long-distance and large-scale national defense transport”.
Though the draft law says that “the expenses for defense transportation missions should be born by their users and the criteria should not be lower than the market price,” it is not clear who will pay the bill as both the PLA and the civilian administration are the ‘users’.
A Joint Command Organization for national defense transport will be set up in wartime or under special circumstances of peacetime, such as armed conflicts that endanger national sovereignty, says the draft.
The Joint Command will have large powers such as coordination of national or regional resources, organization transport operations, repairs and protection of transport infrastructure and facilities, etc.
Those who embezzle defense transport funds or whose dereliction of duty results in severe losses should beware, they shall be punished "in accordance with laws."

Western Theater Command
With the creation of the Western Theater Command, regrouping all the units on the Tibetan Plateau (earlier the plateau depended on two Military Regions, namely Chengdu and Lanzhou), the coordination and management of the infrastructure on the ‘Indian’ front should be much easier and more efficient for the PLA.
And course, the infrastructure built for the Disneyland of Snows can be used in an official and regulated manner by the PLA, People's Armed Police Force (PAPF) and other border forces units.
India should wake up. 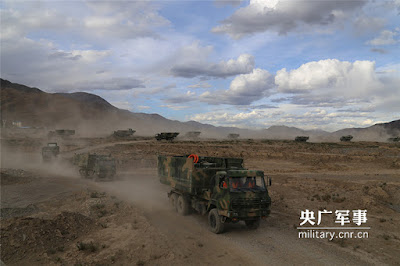 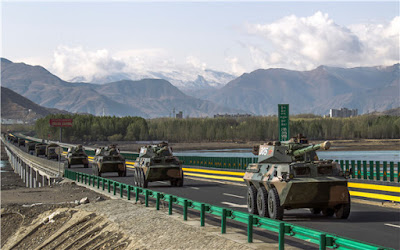 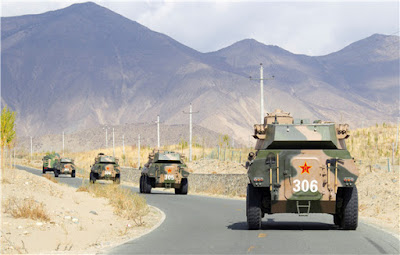 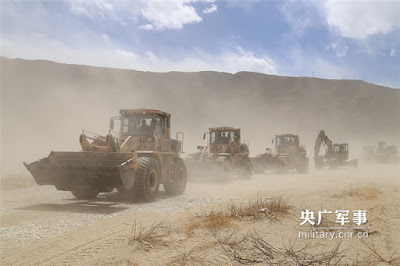