The Cause of Resentment 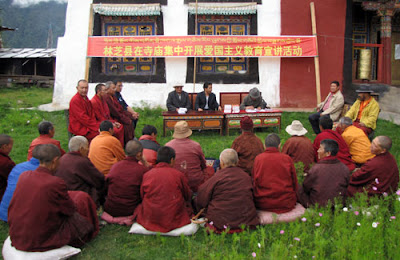 The Tibetans are becoming more and more desperate with new immolations,, new shootings, new arrests.
I often mentioned on this blog the causes of the deep resentment in Tibet against the Communist Party .
The new scheme of Zhu Weiqun can only increase the mistrust between Tibetans and Hans.

Is there a way out?
Ultimately, the degree of autonomy that the Tibetans can enjoy depends on the leadership in Beijing.
Today, the hardcore leftists are still at the helm, trying to impose policies reminiscent of the Cultural Revolution.
For example, during the 5th Tibet Work Forum  in January 2010 (Tibet Work Forums are large meetings called every 5 or 10 years to discuss the CCP’s Tibet policies. They are attended by all the members of the powerful Politburo's Standing Committee, senior PLA generals, United Front Work Department officials, regional leaders, etc.), it was apparently decided to send 21,000 Han and Tibetan Party officials in teams of four to each of the TAR’s 5,453 administrative villages; they had to remain there for a period of 4 years. Each team member could rotate to a new location after 12 months only; they were assigned to a particular village for at least 25 days in a month. Their objectives were five‐fold:
In addition, teams were to be sent from the Tibetan Autonomous Region (TAR) to each of the seven TAR prefectures “to oversee that prefecture’s work teams, receive work reports and monitor the success or failure of the new policies”.
The scale of the scheme, said to the largest since the Cultural Revolution can only bring further rancor and resentment.
This Press Release of the TCHRD describes some places where the scheme is implemented.
This reminds me of an interview with the Dalai Lama’s Representative who headed the Tibetan fact-finding delegation to Tibet in 1979.
He recalled his arrival on the Roof of the World: “The Chinese definitively did not expect that we would be received with so much enthusiasm”.
In fact, they Chinese were bewildered. Thirty years after the so-called liberation of Tibet during which “the Chinese administration had tried their best to denounce and put down the Dalai Lama, the Chinese authorities thought that the Tibetan people had lost their faith in their leader”.
The Tibetan official continued: “When we arrived in Tibet, the Chinese thought that the people might spit on us because we were the Dalai Lama’s representatives, or throw stones at us”. The Chinese authorities had forbidden the Tibetans to do so.
As they arrived in Tibet, the Tibetan delegates were mobbed; people having waited for hours or days to have their darshan, to touch them or to steal a piece of their dress as a relic. The Chinese officials were utterly shocked.
Another delegate recounted that the local Tibetans collected the dust from the tyre prints of the envoys’ car, to keep it as prasad.
Party education or re-education will not work.

Tibetan Center for Human Rights and Democracy
PRESS RELEASE
29 February 2012
Dharamsala
Increased Religious Repression Forces Monks to Flee, Monasteries to Close
Beginning October 2011, the 'work teams' instituted by the Chinese authorities have launched campaigns such as 'Nine Must-Haves' and 'Harmonious Model Monastery' in Tibet. Monks and nuns are arrested for not complying with the restrictive activities organized by the work teams. This heightened religious repression has forced many monks and nuns to flee into nearby mountains and forests leading to the closure of monasteries in Tibet.
In Diru County, Nagchu Prefecture, Tibet Autonomous Region (TAR), work teams visited about 22 monasteries and conducted 'patriotic re-education' classes. Feeling harassed and traumatized by the relentless 'education' sessions, many monks and nuns left their respective monasteries, according to sources.  Monasteries like the Bekar Monastery in Diru County have been closed. After Bekar's closure, local Tibetans reportedly took a dead body to the township office complaining to the authorities that there were no monks to perform religious rites for the deceased and urged the local authorities to reopen the monastery and to let the monks return.
In Markham (Chinese: Maerkang) County, Chamdo Prefecture (TAR), local officials visited Dama Monastery thrice a month to conduct patriotic re-education classes and distribute relevant books. Dama Monastery had about 30 monks out of which only 8 were registered with the authorities. The 22 non-registered monks were expelled. In the aftermath of the 2008 protests, the local officials and police officers had come to the monastery and ordered the replacement of the Dalai Lama's portraits with pictures of Chinese leaders.  It is feared that the monastery might be closed soon.
In Pema County of Golok Tibetan Autonomous Prefecture (TAP) in Qinghai Province, holding any religious activities, ceremonies and mass gatherings at the A-Kyong Jonang Monastery has been banned since 18 January 2012. The ban, coupled with relentless patriotic re-education campaigns, has forced many monks to flee the monastery with some taking shelter in nearby mountains. Before the ban, A-Kyong Monastery used to hold an annual nine-day religious ceremony during the last month of the Tibetan calendar. This grand ceremony was a highly-awaited religious event in the area. During this ceremony, the monastery used to organize Cham religious dance and other traditional dance performances which would attract a crowd of over 5,000 people. The ban on this ceremony has caused profound sadness among the local people.
Five monks from Lhungting Monastery in Dachu Township, Ngamring County, Shigatse Prefecture, TAR were arrested for refusing to hoist the Chinese national flag in the monastery compound. A number of work team officials had visited the monastery ordering the monks to hoist the Chinese flag in the monastery. But the monks protested and reportedly told the officials not to spread political propaganda in religious places.
On 14 February 2012, the Chinese government-owned Tibet Daily newspaper quoted Te Feng, Director of the Nyingtri County United Front Work Department as saying that the reason for harmony and stability in Lama Ling Monastery (Nyingtri County) is due to the efficient work done by the Communist Party branch (Dang zhi Pu) in the newly established Monastery Management Committee. The report also said the new management committee's first priority is to set up a Communist Party branch in the monastery and to enforce campaigns such as the 'Nine Must-Haves'.
On 15 February 2012, the Global Times reported since November 2011, the government had established Monastery Management Committees in 1,787 monasteries.
On 30 October 2011 in Lhasa, the communist party of Tibet Autonomous Region organized a meeting, during which a decision was made to select 'Model Monastery' and 'highly advanced and patriotic monks and nuns.' A Tibet Daily report said the local religious bureau and the United Front Work Department would be responsible for carrying out these tasks, adding the goal of this new policy is to 'instill love and patriotism towards the Motherland in the minds of monks and nuns and destroy the forces of separatism.' The monks and nuns are ordered not to participate in acts of 'separatism and sabotage'; they are told to oppose the 'splittist activities of the Dalai clique to secure peace, stability and unity of the motherland.'
The monasteries, nunneries and other religious institutions in Tibet are the target of intense patriotic re-education campaigns during which monks and nuns are forced to denounce His Holiness the Dalai Lama. They are also restricted from observing and performing religious festivals. Chinese police and military are stationed within the monastic compounds. Monks and nuns are harassed, arrested and even expelled for presumed political activities.
According to the Article 36 of the Chinese Constitution, "Citizens of the People's Republic of China enjoy freedom of religious belief. No state organ, public organization or individual may compel citizens to believe in, or not to believe in, any religion; nor may they discriminate against citizens who believe in, or do not believe in, any religion. The state protects normal religious activities. No one may make use of religion to engage in activities that disrupt public order, impair the health of citizens or interfere with the educational system of the state. Religious bodies and religious affairs are not subject to any foreign domination."
Article 18 of the Universal Declaration of Human Rights states, "Everyone has the right to freedom of thought, conscience and religion; this right includes freedom to change his religion or belief, and freedom, either alone or in community with others and in public or private, to manifest his religion or belief in teaching, practice, worship and observance."
However, the current repressive climate has led to violation of the above provisions as monks and nuns are arrested and expelled; highly-revered religious heads are targeted; and an increasing number of monasteries are being shut down.
For picture accompanying this report, please visit http://www.tchrd.org/press/2011/pr20120229.html
Posted by Claude Arpi 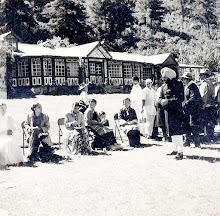 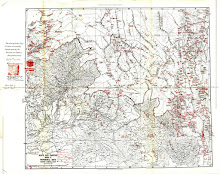 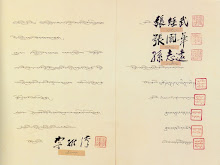 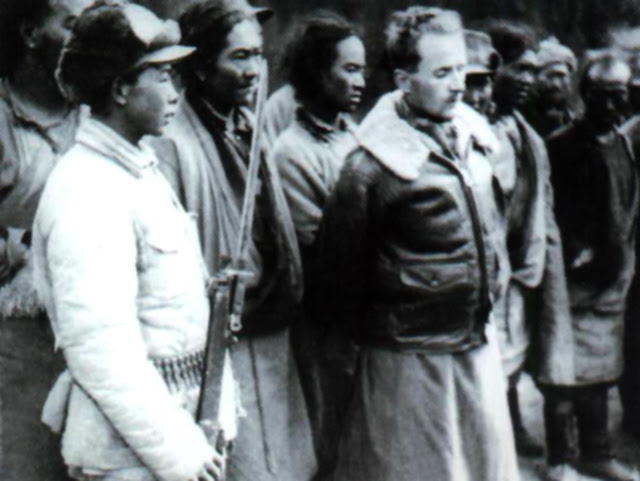 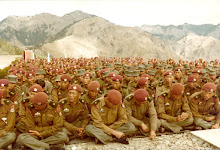 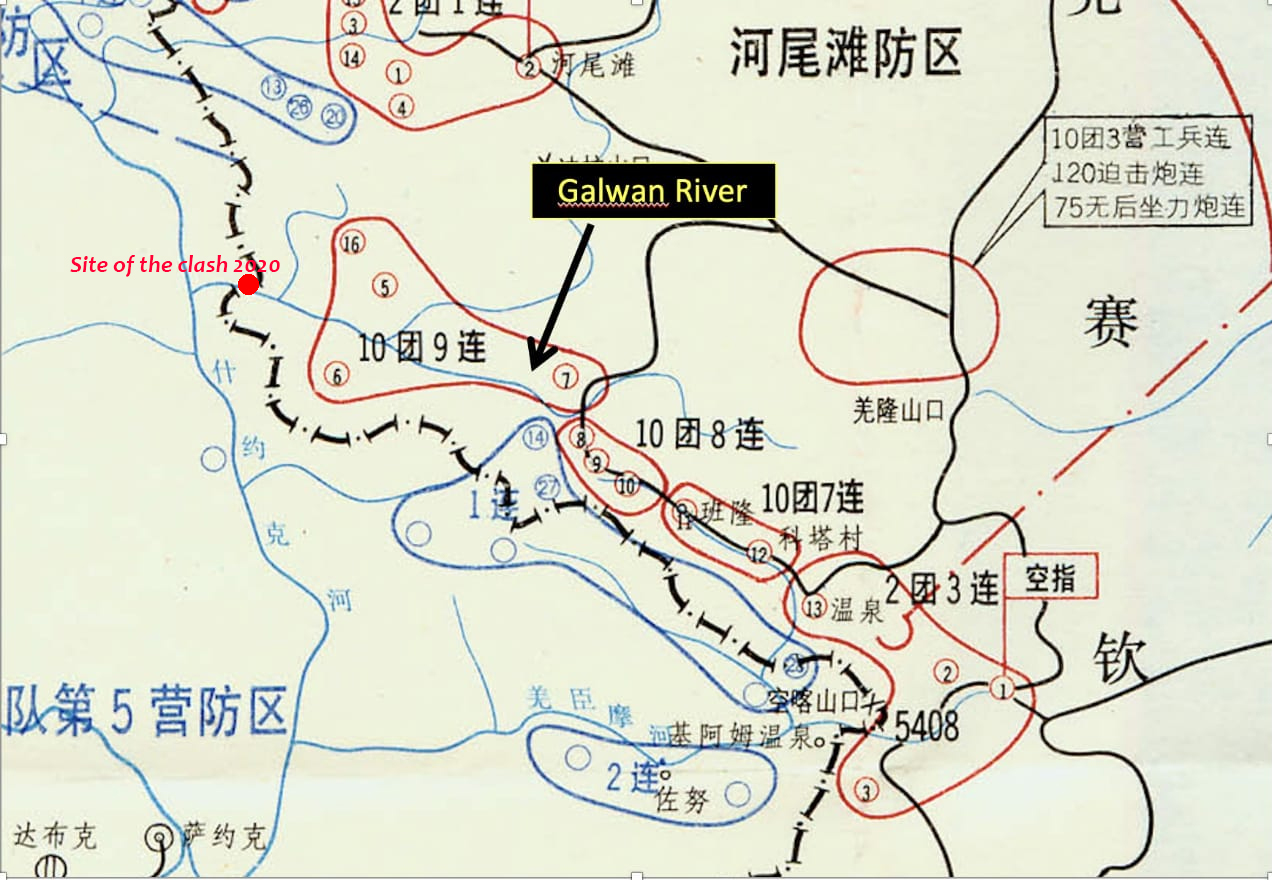