Will Beijing return the remains of 1962 hero? 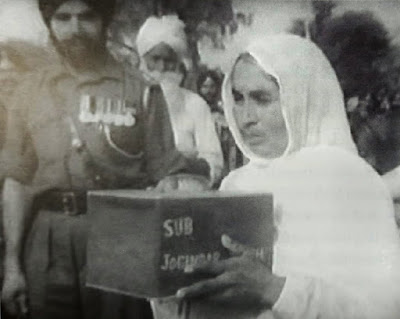 After publishing this article, I have found that Joginder Singh's ashes were returned to India at Bumla on May 17, 1963 (probably outside the framework of the Indian and Chinese Red Cross).
On May 20, 1963, they were sent to Delhi (Palam airport) where they were received with due honour.
Later, they were taken to the Sikh Regimental Center in Meerut. After a one night-vigil in the Center's mess, they were handed over to Joginder's widow.
Despite ten years of research, I did not find this information earlier, not even in the archives of the International Committee of the Red Cross in Geneva, Switzerland, that I visited especially to research this topic. My apologies.

The lack of archival coordination in India is stark (understatement!)

My article Will Beijing return the remains of 1962 hero? appeared in The Asian Age and The Deccan Chronicle.

It is shocking that Beijing has never returned the remains of Subedar Joginder Singh, Param Vir Chakra, who died in Tibet in November 1962