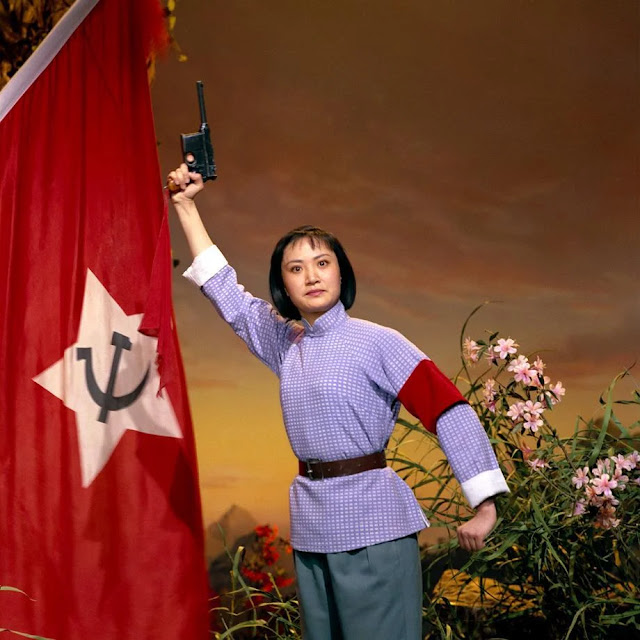 China has found a new love for history.
But it is history with strong Chinese characteristics, in other words, far from facts.
As mentioned in my previous post, March 28, which marked the dissolution of the Tibetan Government in 1959, is now celebrated as Serf’s Emancipation Day.
According to Xinhua, the Communist Party of China (CPC) “led the people in Tibet to launch the democratic reform, abolishing Tibet's feudal serfdom under theocracy.”
The propaganda goes on and on: “The emancipation of one million serfs was a groundbreaking event for Tibet. It was under the CPC leadership that Tibetans started to embrace happy lives.”

A Museum of the 'Emancipation'?
A Museum has now been opened in Lhasa to display “photos and items from the serfdom era, including torture instruments and ritual artifacts made from serfs' bones and skin, and those recording the democratic reform and serfs' new lives.”
The Tibetan society might not been perfect (which society is perfect?), but this interpretation is pure non-sense.
Che Dalha, chairman of the Tibetan Autonomous Region (TAR) government declared on the occasion: “Tibet will keep pace with other parts of the country in completing the building of a moderately prosperous society in all respects and embarking on a new journey toward socialist modernization.”
But are the people really happy under the Communist Party’s joke is another question.

Learn from History
In the meantime, the Propaganda Department of the Communist Party held public lectures on Party's history in Lhasa and all over-Tibet.
Everyone has to learn the glorious past of the Party, which killed hundreds of thousands Tibetans in the first two decades of its rule; the intention was of course only to 'liberate' them.
On March 27, Wu Degang, the Deputy Director of the Central Party History Research Office and Deputy Dean of the Central Party History and Documentation Research Institute, came to Lhasa to lecture the members of the Standing Committee of the Tibetan Autonomous Region (TAR).

Guess who was in attendance with the big shots of the Party?
Pasang, the most infamous Maoist, who ruled Tibet during the dark days of the Great Proletarian Cultural Revolution and who later escaped all purges, was sitting with the TAR's Standing Committee members.
Is it a sign of the ‘New Era’ heralded by Xi Jinping?
It strangely resembles the Darkest Days of the Land of Snows.

Who is Pasang?
According to the Communist propaganda, Pasang was born in a ‘slave’ family in Gongka County in 1937; she was named Kalsang by parents. As child she lived in Lhasa and worked as a ‘slave’ in a nobleman's estate.
Her Communist biography quotes her: “They were just treating us as ‘talking’ animals, just ‘talking tools’. We were not treated as a human being. At that time, there were really no human rights at all [in Tibet].”
Her biographer continues: “Because she could not bear this kind of abuse, she went to the Lhasa River several times. She thought of throwing herself into the river, but thinking of her father, sister and two younger brothers who had stayed in Lhoka [Southern Tibet] as slaves and because she had not met them for several years, each time, she decided to return to her master’s house.”
Soon after, Pasang heard that the PLA had arrived in Lhasa: “they were good to the poor, and some slaves had already joined the PLA.”
Her official biography says that Pasang remembered: "In July of the 56th Tibetan calendar, there was festival. When it became dark at night, I was asked to go to the slaughterhouse to pick up some meat, many guests had come for a festival. In the slaughterhouse, there was only beef and no mutton. I told the lady when I came back. Then she took me to a room in a warehouse and beat me up. I fainted on the spot. When I woke up, it was dark,  as the door was still open, I left and I ran away.”
After escaping from the host's house, she decided to change her name to avoid pursuit.
She explained: "How did I change my name? I walked along the Qinghai-Tibet Highway; it was already night. I was walking, and suddenly I saw the stars in the sky. The brightest star in Tibetan speaks Karma Pasang, which is Venus, so I thought my name should Pasang. My name was changed this way. From then on, Kalsang became Pasang [also Friday].”
Then, she came into contact with the PLA, but due to her illiteracy, she encountered many difficulties. Pasang was however sent to Tibetan Cadre School, she remembered later: “I didn’t learn anything at the Cadre School. At that time, the upper-level reactionary group of the Kashag [Cabinet] government led by the Dalai Lama opposed running schools and training ethnic cadres in Tibet, so they sent people there to sabotage it. As these schools failed, the central government [read the Communist Party] decided to set up schools in the Mainland to train Tibetan cadres."
This is obviously a very biased reading to modern Tibetan history. The Tibetan masses were upset by the imposition of the Communist ideology and the denigrating of the Tibetan culture, particularly, Buddhism considered as a ‘poison’ by Mao; they obviously opposed the Communist schools.
From then, Pasang became a good Communist, one of the main collaborators working for the Chinese occupying forces and an active Maoist during the Cultural Revolution.
Her reappearance on the Tibetan political scene is not a good sign.
As an indication, I give here some extracts of Pasang’s 'official' CV. 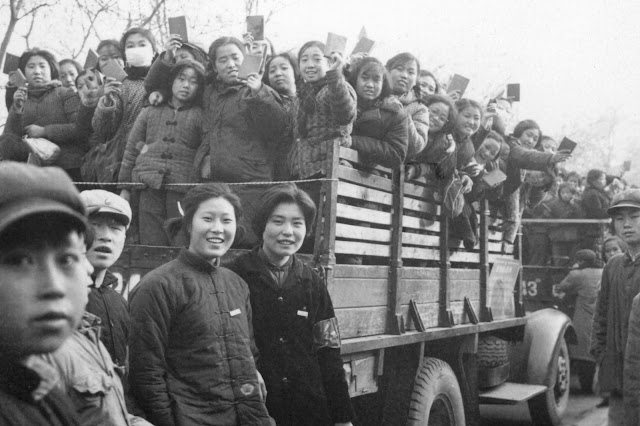 Pasang’s Personal History
•    1956: Joined a unit of the PLA
•    1957: Sent to study at Tibet Nationalities Institute
•    1959: Joined CCP
•    1965-68: Deputy Magistrate of Nang Dzong County
Pasang’s rise to the top dates from the Great Proletarian Cultural Revolution. She came into prominence in May 1966 when she wrote an article in The People's Daily praising Mao Zedong's Thought.
It is always good to praise the Great Helmsman, yesterday or today.
In September 1969, when the Revolutionary Committee of the Tibet Autonomous Region (TAR) was established to replace regional government, she was elected Vice-Chairperson.
In 1971, she was made a deputy party secretary in the TAR Party Committee, a position she held until her retirement in 2002.
It is the highest position that a Tibetan has ever reached since 1959 till date.
Incidentally, two Tibetan leaders survived the purge of leftist officials and the fall of the Gang of Four in October 1976; it was Ragti and Pasang. They are still around and used by the Party when necessary.

Very Few Tibetans Trusted by the Party
According to historian Tsering Shakya, the explanation given by CCP General Secretary Hu Yaobang at the Second National Work Forum in 1984 for keeping these two Tibetans in their positions despite their Cultural Revolution background: “It was clear that even the most liberal leader was not prepared to carry out a purge of Tibetan leftists, perhaps because...only those Tibetans who had gained most under the Communists could be relied upon to support Beijing.”
This is a serious issue, even today; very few Tibetans can be trusted by the Party.
The return of Pasang on the centre stage is another proof of this. 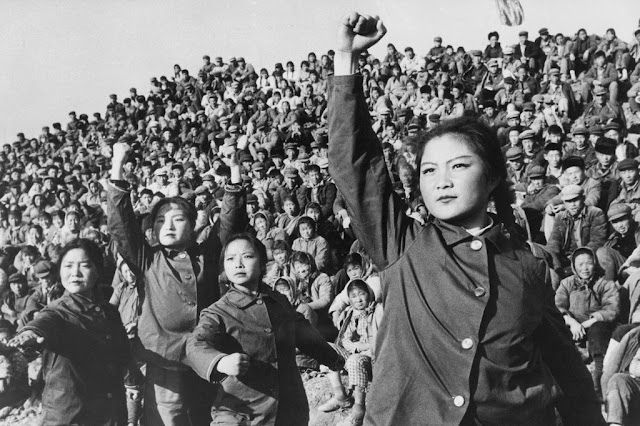 •    1993: Vice-chairperson of the CPPCC 6th Tibet Regional Committee
•    1975-1978: Member of Standing Committee of 4th and 5th NPCs
•    1973-87: Member of CCP 10th through 12th Central Committees
•    1992: Deputy to CCP 14th National Congress. Member of 14th CCP Central Discipline Inspection Commission
•    From January 1993 to November 1994, he served as Deputy Secretary of the TAR.
•    In April 1994, he was clearly treated as chairman of the Government of the TAR
•    From November 1994 to September 1998, he served as Deputy Secretary of the CPC TAR Committee
•    After September 1998, she was Deputy Secretary of the TAR and Vice Chairperson Chairman of the All-China Women’s Federation
•    She was an alternate member of the 9th Central Committee and a full member of 10th, 11th, and 12th Central Committees, and a member of the Central Commission for Discipline Inspection at the 13th and 14th National Congress and also a member of the Standing Committee of the Fourth and Fifth National People's Congress.

The return of Pasang symbolizes the return of the darkest era in the history of Modern Tibet; is it what Xi Jinping calls the “New Era?’
The Chinese propaganda today provides ‘education and guidance’ to all Party members and cadres who need “firm up their ideals and beliefs, inherit the red genes and always maintain their political qualities.”
Even in the PLA: “Every soldier should be loyal to the core, uphold the core, follow the core.”

The 'core' is the new Helmsman.

The objective is to make soldiers "appreciate the glorious truth about Xi Jinping's Thought on Socialism with Chinese characteristics.” 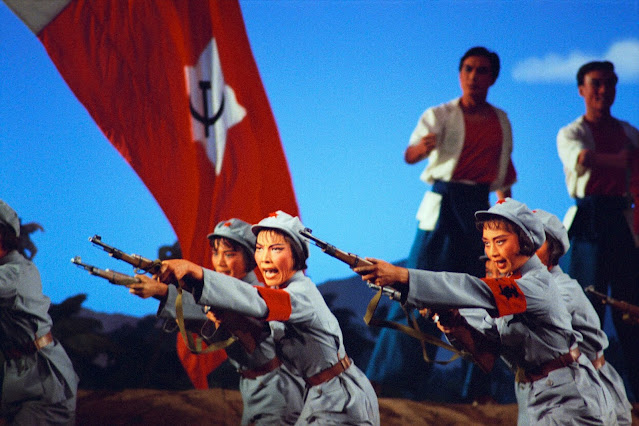