Book Release - Will Tibet ever find her soul again? 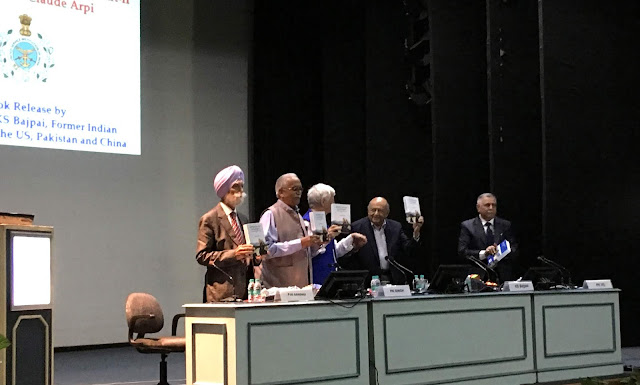 My book Will Tibet ever find her soul again? - India Tibet Relations 1947-1962 (Part 2) was released at the United Service Institution of India by Ambassador KS Bajpai, former ambassador to Pakistan, China and the US on September 6.
Interesting discussions on the meaning of the title followed the release.

As at the end of Volume I of The Relations between Tibet and India between 1947 and 1962, it is important to draw some lessons from the happenings of the years 1951-54 leading to the signature of the “Agreement on Trade and Intercourse between the Tibet region of China and India”. The accord was signed on April 29, 1954 in Beijing by the Indian Ambassador N. Raghavan and Zhang Hanfu, the Chinese Deputy Foreign Minister. It is often referred to as the Panchsheel Agreement.

Email ThisBlogThis!Share to TwitterShare to FacebookShare to Pinterest
Labels: Book release, USI, Will Tibet ever find her soul again