The Indian government might well be asking, 'what will China do next?' 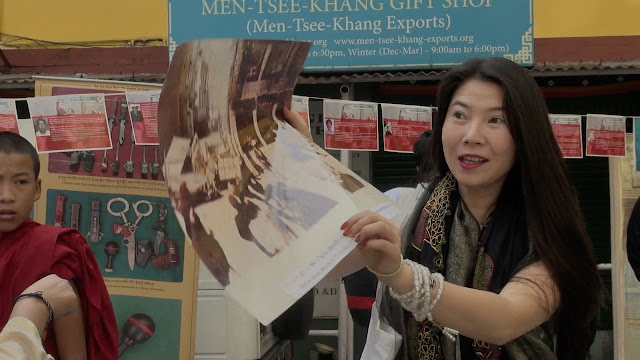 My article The Indian government might well be asking, 'what will China do next?' appeared in Mail Today/Daily Mail (UK).

Post-Doklam, many observers, whether in the defence services or government circles, have been thinking “what could China do next to put India’s in its place.”
Of course, Luo Zhaohu, the Chinese Ambassador in India, spoke of ‘turning the page to a new chapter’. Can India believe him?
In an oped in a national newspaper, Luo says that the outcome of the August BRICS Summit in Xiamen (China) went beyond his expectations: “An important consensus has been reached to enhance mutual trust, focus on cooperation, and manage differences.” Luo even quotes the Chinese President: ‘the dragon and elephant should dance together’.
Mr Luo is lucky that the Indian media is Alzheimerish and has already forgotten the nasty words used by Chinese officials against Indian leaders during the Doklam episode, because Delhi did not allow mighty China to build a road on Bhutan’s territory.

Chinese woman
Incidentally, how could Beijing have engaged in this misadventure without a sort of ‘clearance’ from its man on the spot (in India)?
On its part, China has not forgotten the standoff on the ridge near the trijunction; while the Ambassador speaks of ‘turning a page’, the People’s Liberation Army (PLA) cancelled the ceremonial border personnel meetings (BPM) to mark China's National Day on October 1.
Several times every year, the PLA and the Indian Army meet at five designated Border Personnel Meeting (BPM) points along the 3,488-km long Line of Actual Control (LAC); in Ladakh (Chushul and DBO), in Arunachal (Bumla and Kibithoo) and in Nathu-la in Sikkim.
Local commanders (usually the brigade commanders) meet their Chinese counterparts to sort out differences on local issues, but also to get know each other. This is an excellent confidence building measures during which ‘gifts’ such cigarettes, liquors, etc are exchanged. The fact that it was not held on October 1 shows that the PLA is not ready to close the chapter.
India Today commented: “the suspension of scheduled confidence-building measure between the two militaries comes at a time when China appears to be reaching out to India to normalise relations after the Doklam stand-off.”
But that is not all: the annual joint exercise between the Indian Army and the PLA will not be held in 2017.
Called ‘Hand-in-Hand’, it was held in Pune last year. The Indian and Chinese troops simulated counter-terrorism scenarios and worked together during a couple of weeks. Again a good CBM cancelled. In March 2017, Delhi wrote to Beijing to start the initial planning process; no answer from China.
China has also not provided data for the Sutlej and the Yarlung Tsangpo, as per the agreement signed by the two countries. Some vague excuses have been given for not doing so.
In this morose context, an incident took place in Dharamsala, the hometown of the Dalai Lama in Himachal Pradesh.
On October 1 (incidentally, the Chinese National Day), a Chinese woman, a long-term guest in India, holding a US passport, physically assaulted a Tibetan woman “hurling verbal abuses and also vandalizing a part of the photo exhibition set up by our NGO near the Dalai Lama’s Temple, in McLeod Ganj,” according to the Police complaint.

Physical assault
A Dharamsala-based Tibetan NGO called Gu-Chu-Sum, started by former Tibetan political prisoners, had organized a photo exhibition to mark the 30th anniversary of 1987 Tibetan unrest in Tibet. The exhibition was held at proximity of the main Temple.
According the complaint: “While hundreds of other foreigners, Indian tourists and local people visited the exhibition, this Chinese woman, Ms Zhu Wenqi, 44, objected to the photo exhibition saying that she was angry with these photo exhibits. She was visibly restless and beyond control. Ms Wen shouted verbal abuses against all Tibetans saying that these photos insult China.”
She attacked Namgyal Dolkar Lhagyari, a Member of the Tibetan Parliament and Gu-Chu-Sum president, when the latter tried to pacify her; the correspondent of Voice of America (Tibetan language) who was filming the scene, was hit in the face and thrown on the floor by Zhu.
The NGO told the police “We fear she may unleash more such violent abuses. Her presence in here is clearly a threat to the peace and tranquility of Dharamsala.”
Though there is no proof that the Chinese lady is linked to the regime in Beijing, the attack however raises serious issues.

Troop movement
First for the Dalai Lama’s security: Zhu recently appeared on a photo with a group of Chinese inside the Cathedral. Are all the followers/students of the Tibetan leader properly screened?
Second, how did Zhu get a five-year visa to ‘study’ in India? Who provided the guarantee for her visa?
Even presuming that she was a genuine ‘student’ at the time of application, is there a way to keep a tab on all ‘Buddhist’ and other seekers gravitating around Dharamsala? How far is the Himachali town infiltrated by the Chinese intelligence? All these questions need to be answered.
For the past fifty-five years, the Tibetan refugee community has been an exemplary and peaceful community in India. This should remain so and the Tibetans should not be disturbed by unwarranted elements.
Whatever the results of the enquiry, Delhi needs to realize that the Chinese ‘answer’ to Doklam may not be visible on a mountain ridge in Arunachal Pradesh or Ladakh, but may be ‘asymmetric’.
Today, it is obvious that the Doklam page has not been turned; for example, as Indian Foreign Secretary landed in Paro to take stock of the relations with Bhutan, there are persistent rumors that the PLA has massed troops in the Chumbi valley, north of Doklam.
Delhi needs to remain fully alert and ready to tackle any situation, military or otherwise.
Posted by Claude Arpi at 8:20 AM