The Chinese Village in India and the Pure Crystal Mountain Pilgrimage

It has been reported by NDTV that China has constructed a new village consisting of about 101 homes, inside Arunachal Pradesh.
The TV channel acquired satellite imagery dated November 1, 2020 and the images “were analyzed by several experts approached by NDTV, who confirmed that the construction, approximately 4.5 kms within Indian territory of the de facto border.”
It is of huge concern to India, added the channel: “Though this area is Indian territory, according to official government maps, it has been in effective Chinese control since 1959. However, earlier only a Chinese military post existed, but this time a full-fledged village that can house thousands has been built. The village, located on the banks of the River Tsari Chu, lies in the Upper Subansiri district, an area which has been long disputed by India and China and has been marked by armed conflict.”

NDTV quoted me; here is the link to the article.

Interestingly, the village is located near Longju, a highly symbolic place, where the first clash between India and China took place on August 25, 1959 (5 months after the arrival of the Dalai Lama in India).
Here is India's complaint:

Note given to the Foreign Office of China by the Indian Ambassador, 28 August 1959

The Government of India have recently brought to the notice of the Chinese Government a number of instances in which Chinese troops have violated the international frontier and trespassed into Indian territory.
On the 11th August the Chinese Government were informed of a violation of the border at Khinzemane [Tawang sector] and on 13th August detailed information was provided about Chinese intrusion in the Spanggur region [Ladakh sector]. No replies have been received so far to these notes.
Another serious instance of violation of the Indian border and unlawful trespass into Indian territory by Chinese forces has just been brought to the notice of the Government of India. On the 25th August a strong Chinese detachment crossed into Indian territory south of Migyitun on the NEFA border and fired without notice on an Indian forward picket. They arrested the entire picket which was twelve strong but eight Indian personnel somehow managed to escape. Thereafter the Chinese detachment outflanked the Indian outpost at Longju and opened fire on it from a distance of about 800 yards.Their object clearly was to overpower our outpost which was well within our territory about two miles south of the international border. There could be no doubt about the international frontier in this area and this is a case of deliberate aggression on Indian territory. The Government of India take very serious notice of this latest incident which as we have said above, is one of a number [during] recent weeks.

The Tibetan calendar is based on a sixty-year cycle using a combination of the twelve animal signs (Mouse, Ox, Tiger, Rabbit, Dragon, Snake, Horse, Sheep, Monkey, Bird, Dog and Pig) with the five elements (Wood, Fire, Earth, Metal, Water).
We have just entered into the Monkey-Fire Year.
Monkey and Fire have often produced special years.
Take the last Monkey-Fire Year was 1956.
The Dalai Lama and the Panchen Lama honoured India with their visit on the occasion of the 2500th anniversary of the birthday of the Buddha in that year.
But Year 1956 witnessed another significant event: the last Tsari Pilgrimage.
In the Tibetan psyche, Tsari has always been synonymous of ‘sacred place’. With the Mount Kailash and the Amye Machen in eastern Tibet, the pilgrimage around the Dakpa Sheri, the ‘Pure Crystal Mountain’ has, since centuries, been one of the holiest of the Roof of the World. 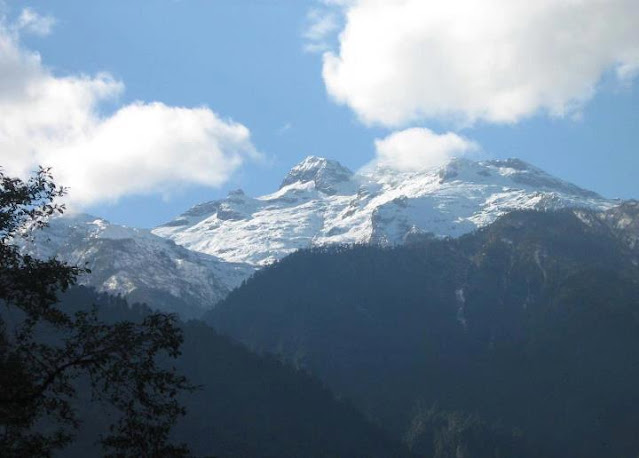 The ‘Pure Crystal Mountain’ lies at 5,735 meters above the sea in the Tsari district of southern Tibet.
Toni Huber, one of the foremost scholars on the subject, wrote a great deal about the site of the pilgrimage, located between Tsari and the Upper Subansiri district of Arunachal Pradesh: “The large-scale, 12-yearly circumambulation of Tibetan Buddhist pilgrims around the mountain known as the Rongkor Chenmo, had the character of a state ritual for the Ganden Phodrang [Tibetan Government]. Pilgrims in this huge procession crossed the McMahon Line below the frontier village of Migyitün in Tsari district,” wrote Huber.
After crossing the McMahon line, the procession would proceed southwards along the Tsari Chu (‘river’) and then suddenly turned westwards to follow the Subansiri, to finally cross back into Tibet to reach the first frontier village in Chame county.
The southern leg of the Rongkor procession crosses the tribal areas of Upper Subansiri. This was the territory of the Mara clan of the Tagin tribe who lives downstream the Tsari Chu valley and around its confluence with the Subansiri at Gelensiniak. 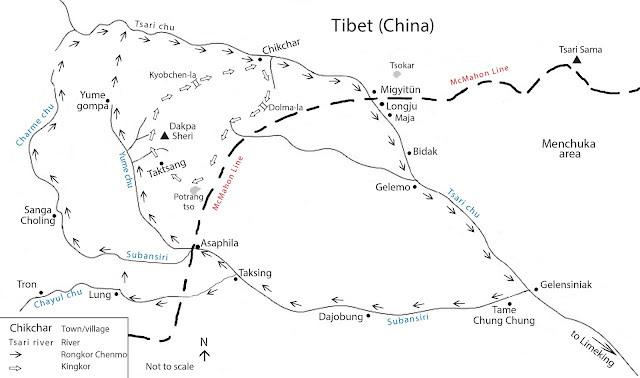 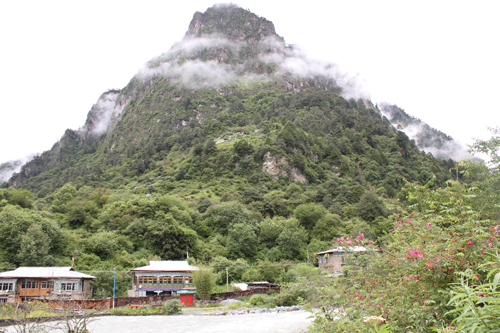 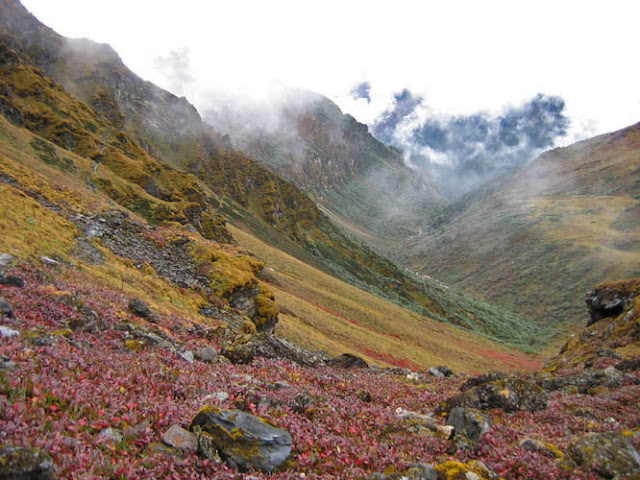 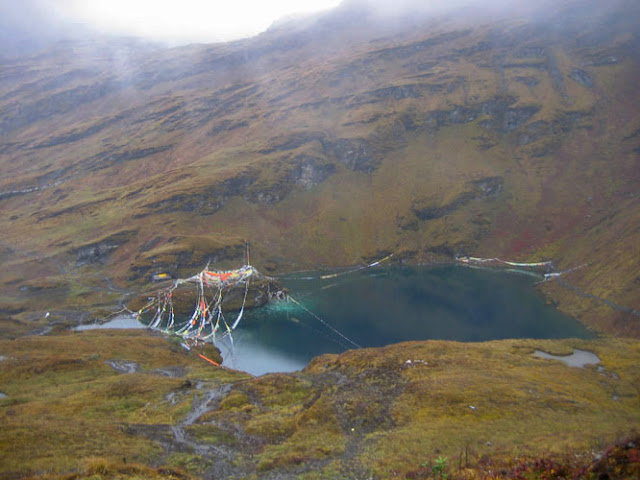 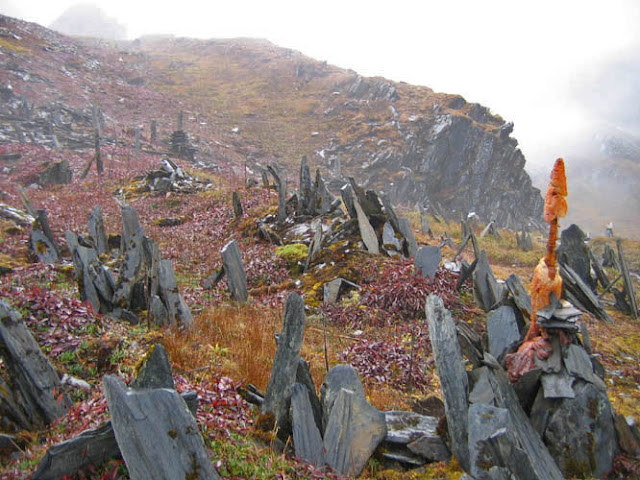 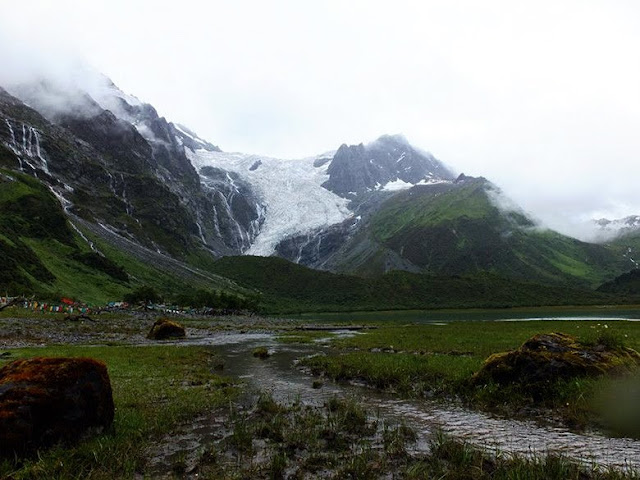 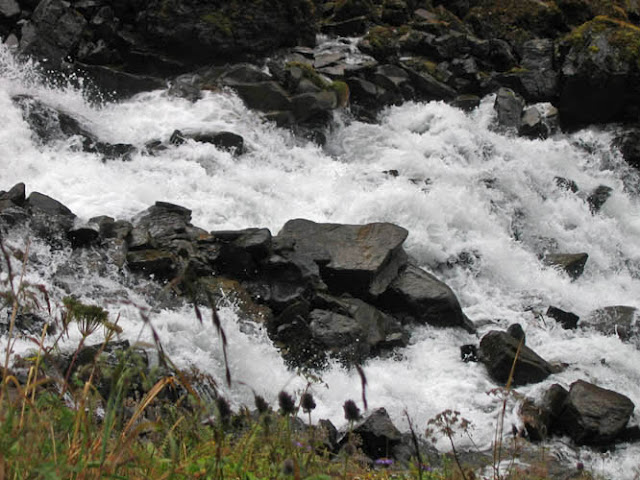 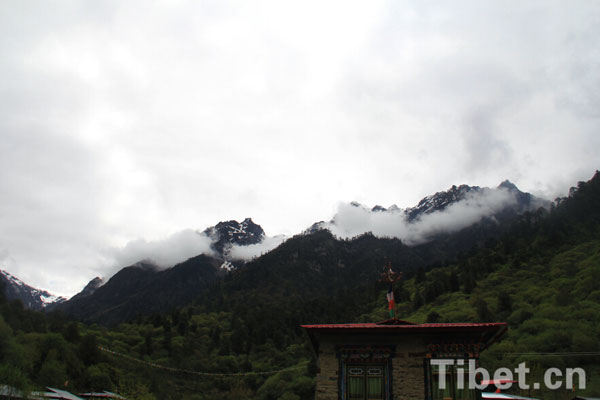 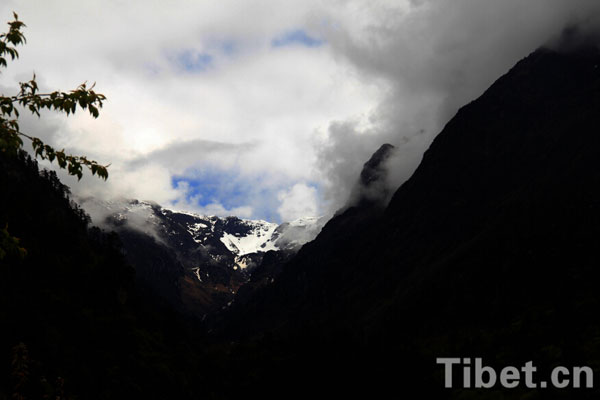 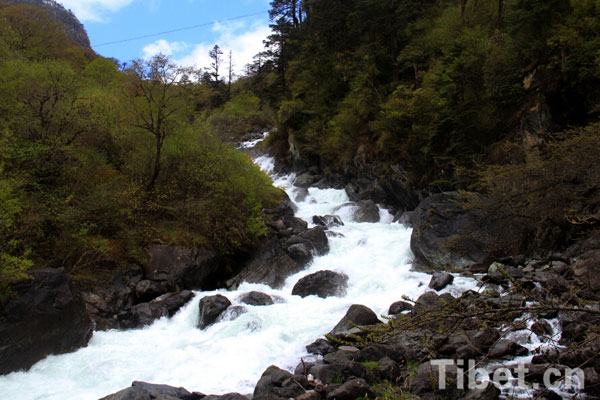