Why does the state keep secrets? 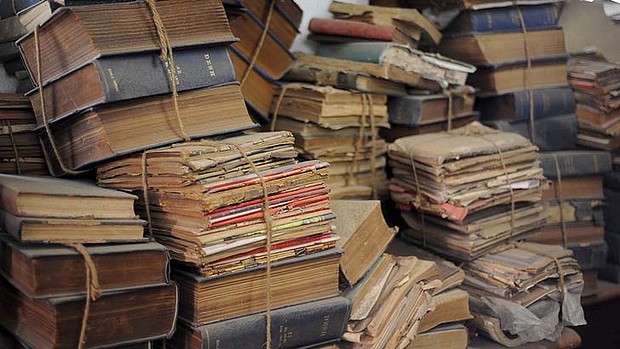 My article Why does the state keep secrets? appeared in The Asian Age/Deccan Chronicle.

Now that defence minister Manohar Parrikar has complained that a murder story is getting more coverage than the 50th anniversary of the 1965 “victory” against Pakistan, in the coming weeks, the Indian press may carry more analyses about what happened during the war over Kashmir.
One issue is bound to come out again. What happened in Tashkent to Lal Bahadur Shastri, the Indian Prime Minister? Was he poisoned as many suspected? Why does the Prime Minister’s Office stubbornly refuse to declassify the files in its possession?
But like it often happens in India, the “celebrations” will pass and Shastri will be buried once again. This has happened many times to Subhash Chandra Bose despite politicians’ promises.
It, however, raises a larger issue: the principle of declassification of historical documents, and I am not just speaking of “famous” cases. Lakhs of “classified” files are lying in the record rooms of the ministry of external affairs or home affairs and no scholar, researcher or history lover can access them. This is a tragedy for India.
The Modi sarkar had come with great hopes; many thought that the old policy of blind “classification” would change and India would not remain a “banana republic” as far as historical research is concerned.
Disillusionment was not long in coming. Soon after taking over as the new defence minister, Arun Jaitley informed the Rajya Sabha: “The Henderson Brooks Report on 1962 Indo-China war is a ‘top-secret document’ and disclosure of any information about it would not be in the national interest.” The same Mr Jaitley had been vociferous, when in the Opposition, in favour of the “declassification” of this very document.
Incidentally, very few politicians and babus noticed that the famous report written by the Anglo-Indian general had in fact already been “released” by the old Australian journalist Neville Maxwell and was online since March 2014.
When he was in the Opposition, Mr Jaitley had blogged that it was not in the larger public interest to keep documents “top-secret” indefinitely: “Any society is entitled to learn from the past mistakes and take remedial action. With the wisdom of hindsight, I am of the opinion that the report’s content could have been made public some decades ago.”
It is important for a nation to know its past. Simply because, as Mr Jaitley said, a society is entitled to learn from its past mistakes. For this however, history has to be based on the nation’s own archival sources. The Henderson-Brooks report, the death of Shastri or Bose’s disappearance, are unfortunately only the tip of a huge iceberg.
To give an example in which I have been personally involved: the history of modern Tibet. You can find plenty of books based on American documents released under the Freedom of Information Act (FOIA), which ensures public access to all US government records. The FOIA legally carries a presumption of disclosure; the burden is on the government — not the public — to substantiate why information should not be released.
After receiving a written demand, any US agency is required to disclose the requested records, unless they can be lawfully withheld from disclosure under one of nine specific exemptions in the FOIA. If not satisfied, an appellant is entitled to appeal to a federal court.
One can also visit the India Office Records near London. The British have meticulously kept the records of the Raj, which are open to the general public for consultation and research. The Chinese version of this period is also available through the memoirs of several of the main actors who served in Lhasa and some selected foreigners have been given access to the Communist Party’s archives.
The tragedy is that we don’t have an Indian version of the same historical facts because relevant files remain sealed in the almirahs of the ministries of external and home affairs. As a result, one gets a version of history of Indo-Tibet relations only from the Western and the Chinese points of view, and not India’s. Isn’t that shocking?
It is not that there is no rule, but the babus and politicians often show no interest in implementing the law of the land.
The Public Records Rules, 1997, state that records that are 25 years or more must be preserved in the National Archives of India and that no records can be destroyed without being recorded or reviewed. Legally, it’s mandatory for each department to prepare a half-yearly report on reviewing and weeding of records and submit it to the NAI. The rules also stipulate that no public records, which are more than 25-years-old, can be destroyed by any agency unless it is appraised.
While the personnel declassifying historical documents (fully or partially) should make sure that it does not jeopardise the security of the country, at the same time this should not be a pretext to block the due process of declassification.
The Prime Minister can speak of good governance, transparency and accountability, but the fact remains, and it is quite appalling, there is no proper professional declassification policy in India. One genuine problem is the lack of “professionals” to do the job.
But there may be hope. India has an intelligent foreign secretary who recently introduced the concept of “lateral entry” into the ministry; under this scheme or a similar one, it should not be difficult to find and train young talent.
But is there the will to come out of the prevalent lethargy?
Posted by Claude Arpi at 10:25 AM