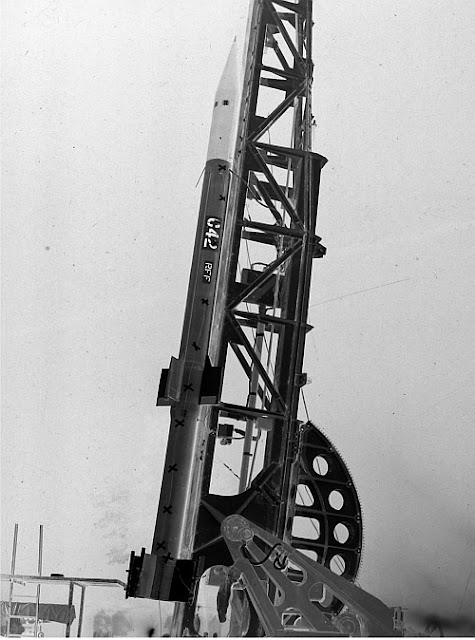 My article on the Indo-French collaboration in space, published on the occasion of the State visit of President François Hollande in India is posted on Rediff.com.
During François Hollande's visit, one of the 4 agreemnents signed between India and France was a "Statement of Intent for long-term cooperation in Space".
It was inked by Yannick d’Escatha, President, Centre National d'Études Spatiales and Dr. K. Radhakrishnan, Chairman, Indian Space Research Organisation.
It says: "ISRO and CNES have jointly identified the following means to pursue further cooperation including possibilities through Missions, Payloads and Applications; exchange of young Scientists and Professionals in France and in India; conducting thematic workshops etc..."

My Rediff Article:
Indo-French cooperation in the domain of space, which began in the 1960s, is one of the oldest and most stable facets of the relationship, even if not the best-known, says Claude Arpi, as French President Francois Hollande begins his first official visit to India..
As French President Francois Hollande arrives in India on Thursday, February 14, many will remember his predecessor's first visit in January 2008.
Even serious newspapers, without the famous page 3, speculated: Would President Nicolas Sarkozy's first companion be on the presidential plane? Would she join 'Sarko' for a memorable and romantic darshan of the Taj Mahal.
After the visit, I remember writing: 'In this sense, the presidential visit was a great success; whether or not orchestrated, Sarkozy's trip got hundred-fold more publicity than Francois Mitterrand's in 1982 and 1989 or Jacques Chirac's in 1998 and 2006.' Thank you, Carla!
One could have thought that returning to India, the French president would rush to Agra with Ms Bruni, now Madame Sarkozy.
No, he first landed in Bangalore and visited the Indian Space Research Organisation's Satellite Centre. This stop-over at ISRO, before the Taj visit, always intrigued me.
I later realised that Indo-French cooperation in the domain of space is one of the oldest and most stable facets of the relationship, even if not the best-known.
In May 1964, France's Centre National d'Etudes Spatiales and India's Department of Atomic Energy 'embarked upon a programme of continuing cooperation in space research of mutual interest for peaceful scientific purposes.'
The DAE agreed to manufacture, under license in India, the Belier and Centaure types of sounding rockets developed by the French firm Sub-Aviation. CNES eventually supplied to DAE four Centaure rockets with payloads used for vapour cloud experiments. The programme started at the end of 1964.
The main protagonists were the legendary Professor Jacques Blamont of the Aeronautic Laboratory of the Centre National de la Research Scientifique and Dr P D Bhavsar of the Physical Research Laboratory in Ahmedabad.
The CNES and DAE wanted not only to encourage exchanges of scientists and engineers between the two countries, but also to share scientific and technical information for some joint (cooperative) experiments.
It was none other than Homi Jehangir Bhabha, the celebrated Indian nuclear physicist and founding-director of the Tata Institute of Fundamental Research, who signed the first agreement for India; the Department of Space had not yet been created.