The making of the Pakistani bomb and the US dichotomy 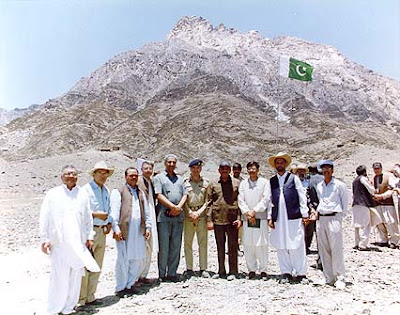 A couple of month back, I published an article The making of the Pakistani bomb in The Indian Defence Review.
It proved the eternal ambiguity (or dichotomy) of the US policy vis-à-vis Pakistan.
Quoting from an official US document, I wrote in conclusion that the Pakistani bomb was built with US 'support': "[During the 1980s], the US was criticized for providing massive levels of aid to Pakistan, its military ally, despite laws barring assistance to any country that imported certain technology related to nuclear weapons. President Ronald Reagan waived the legislation, arguing that cutting off aid would harm US national interests."
Undoubtedly, there is a long love/hate story (at least since 1947) between the United States and Pakistan.
The US 'made' Bin Laden (just read The Bin Laden Files, a set of fascinating historical documents in the National Security Archives) and then spent billions of dollars trying to track him in Pakistan, the US 'ally' against terrorism.
Yesterday, The New York Times elaborated on the US past of Bin Laden:


Through the looking glass of Sept. 11, it seemed ironic that the Americans and Osama bin Laden had fought on the same side against the Soviets in Afghanistan — as if the Americans had somehow created the Bin Laden monster by providing arms and cash to the Arabs. The complex at Tora Bora where Qaeda members hid had been created with the help of the C.I.A. as a base for the Afghans fighting the Soviets.
Bin Laden himself described the fight in Afghanistan this way: “There I received volunteers who came from the Saudi kingdom and from all over the Arab and Muslim countries. I set up my first camp where these volunteers were trained by Pakistani and American officers. The weapons were supplied by the Americans, the money by the Saudis.”
In truth, the Americans did not deal directly with Bin Laden; they worked through the middlemen of the Pakistani intelligence service.

The same ISI has been hiding Bin Laden for the past ten years in Pakistan, while proclaiming that he was dead.
Is this entire story not strange?
My conclusion is that the successive US Administrations have wasted the American tax payers' money for decades in betting on the wrong horse.
Posted by Claude Arpi