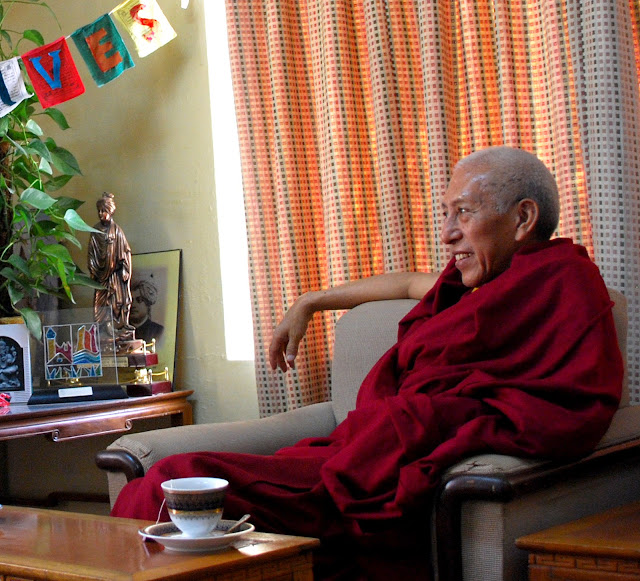 Three years ago, Prof. Samdhong Rinpoche was elected with more than 90% of the votes as the Prime Minister of the Tibetan Government-in-exile in Dharamsala.
Though his second term will only be completed in August 2011, Prof. Rinpoche recently indicated that he was ready to leave his place to the younger generation. This was refused by the Dalai Lama who thought “it would send a wrong signal to the world community.”
Claude Arpi met the Prime Minister in Dharamsala and discussed some interesting developments in China: the 20th anniversary of the Tiananmen massacre held under tight surveillance in China and the recent publication of the biography of former Premier, Zhao Zyiang who frankly tells his side of the student protests’ story. Another surprising publication is the report of a group of independent Chinese lawyers who squarely put the blame for the 2008 unrest in Tibetan areas on the Chinese satraps in Tibet.
With the changing situation in China, Prof. Samdhong Rinpoche sees a lot of hope for the future.


On Tiananmen
Claude Arpi: Prof. Samdhong Rinpoche, twenty years after the Tiananmen massacre, how do you see the situation evolving in China?

Prof. Samdhong Rinpoche: I consider the Tiananmen massacre as a human tragedy. [It is special] in human history: [the fact that it happened] during the later part of the 20th century and that such a brutal massacre took place in front of the eyes of the entire humanity.
This tragedy was not like an ancient tragedy. Such tragedies used to happen, but they only got known after months or years. People came to know through messengers or letters, but at the time of Tiananmen, the communications and the information system were so developed, that whatever happened there, the world immediately knew.
My deception is not about the Chinese authorities; everyone knows that they are very brutal and that they can do anything and everything without any consideration for human values.
My regrets are about the entire world community who always speaks of human values, human rights, democracy, equality, value for human life, they did not do anything!
Not only were they unable to save innocent lives, but they did not sufficiently condemn this act. The world became a silent watcher over this brutal act.
There are two basic principles: “might is right” and “the survival of the fittest”. These principles govern the human life much more today than in the primitive age.
It is a very serious matter. How to explain this?
We think that we are modern, civilized, evolved beings living in the 21st century, but brutal injustice and worse-than-animal acts are happening everywhere. The so-called civilized community is unable to stop them, condemn them. We are unable even to prevent such action from happening.
Sometimes, I have a tendency to lose faith in humanity.

On the Chinese Report on the March-April 2008 events in Tibet
CA: Have you seen the recent Report prepared by a group of Chinese independent lawyers in which they analyze the events of March-April 2008 in Tibet?

SR: I have read a hurriedly-translated Tibetan version as I do not know Chinese language. It appeared to me that they have studied objectively, fearlessly, without any bias. They have therefore been able to find some of the indications, some of symptoms of the malady that Tibet has been suffering for the last 50 or 60 years. It is the first time that Chinese academicians have prepared such a study.
They have come out with facts and figures. It is a very important attempt to find out the truth. I believe that the truth cannot be set aside [always]. Truth can not forever be buried under false propaganda. Sooner or later it has to reveal itself. Now it starts.
Since last year, many Chinese intellectuals and ‘wise’ people have started to speak for the Tibetans, about the injustice which has been meted to us. It is quite surprising [to us] that at least 500 important articles have been published in various newspapers, periodicals as well as on Internet. All of them speaking the truth and trying to find out what was the real cause [of the Tibetan issue]. These are really wonderful reports.

CA: Is it a sign of hope? Do you believe that something is changing in China?

SR: A great deal is changing in China. First of all, the Chinese people begin to think: “What are the facts? Where is the truth?” Amongst the Chinese intellectuals, they regain the determination and the fearlessness which had disappeared from China since a long period of time.

SR: Yes, after the Cultural Revolution and the [different] cleansing of people and other such movements. The faith and the courage of people had been destroyed. This is a sign that the lost courage and objectiveness is coming back, the courage to look for the truth. This tendency is not returning in a small way, not with few exceptional people only; it is coming on a very large scale. As I said, we have noticed more than 500 articles in a year. There must be much more, because we do not have access to all local or smaller publications. It means that there is a quick awakening.
Although the international community (meaning the governments, I am not speaking of the civil society) are not able to speak the truth, the ordinary people (in this case the Chinese) are speaking.

CA: Are you not disappointed when Ms Nancy Pellozi, the Speaker of the US Congress goes to China and does not mention Tibet, while when in Dharamsala, she had promised to help?

SR: I don’t think that she did not mention Tibet. I just received some reports [of her visit]. In a statement, the word ‘Tibet’ was mentioned 9 times. She has also handed over [to the Chinese authorities] a list of political prisoners and asked for their immediate and unconditional release. After her return, she explained that the purpose of her visit was for the environment and global warming, not human rights or political issues. Despite this she spoke about Tibet.

CA: The first report said that she did not speak about Tibet

CA: The Chinese Lawyer’s Report speaks of a new Aristocracy in China which is creating most of the problems in Tibet and the other so-called nationalities areas. The characteristic of these people is that they are only faithful to the Party, not to the people. What are your views on this?

CA: Is the Central leadership, the Politburo aware of the role played by this 'new aristocracy'?

SR: I can’t say, though I am sure that some people of the Politburo are aware, but they are helpless. There is such a caucus, such a network of dishonest and vested-interest people, that the few who know the reality are not able to speak out. 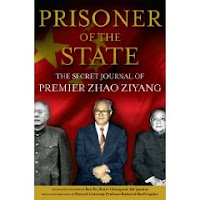 SR: I have not read them, but I have seen reviews in the newspapers.
But I look forward to reading them, because he speaks the truth about what happened at the time of Tiananmen. The book has come out very timely.

CA: When you see this new wave of openness, do you feel that there is some hope for Tibet?

SR: Yes, yes! There are for me two reasons to hope.
First, there is an awakening, there is resurrection of courage and fearlessness, amongst many people in China. That is why His Holiness says that we have to reach out to the Chinese people. We have never lost our faith in the Chinese people, although our faith in the present leadership has reduced. Our faith in people remains the same. So this reawakening, this new wisdom is one reason justifying my hope.
The other reason is that the leadership has become very arrogant, very proud. If you compare with Mao Zedong’s or Deng Xiaoping ’s period, there was then some kind of human behavior. Today, the leadership does not know what is happening on the ground, they do not know what they are speaking about. They are proud, arrogant and they have cut themselves from the reality, from the people. It is a sign of forthcoming fall. Look at the Mahabharata or the Ramayana, before falling down, Ravana becomes so arrogant and self-confident, it is the sign that he is soon going to fall.
This sort of sign appears in the Chinese leadership. When they say that His Holiness is a ‘wolf in monk’s robe’ or things like that, any civilized people, whether enemy or opponent, do not use this type of language.

CA: Do you mean to say that if they were in a position of strength they would not use this language.
SR: Yes, they would not. It is because they are weak and they do not know the reality.
Posted by Claude Arpi at 6:43 AM