According to a press release of the Press Information Bureau (PIB), Prime Minister Narendra Modi travelled to Nimu, near Leh, in Ladakh to interact with the Indian troops involved with the People’s Liberation Army (PLA) on the border: “[the Prime Minister] met the top leadership of the Indian Army and later interacted with personnel of the Army, Air Force and ITBP,” said the PIB.
The communiqué further reported: “Prime Minister paid rich tributes to the valour of our Armed Forces, stating that their courage and devotion to Mother India is unparalleled. He stated that Indians can go about their lives peacefully because they know that our Armed Forces are standing firm, protecting the nation.”

Modi spoke of the exemplary bravery of the Armed Forces in the recent weeks which made the world take note of India’s strength.

Expansionism
Significantly, the Prime Minister observed that that “the time for expansionism is over. We are living in an era of development.”
He recalled that it is this mindset of expansionism which had done a great harm [to the world].
In this context, it is worth mentioning two issues.
First, about ‘expansionism’.

A map (in Tibetan) published in the 1980s by the Communist Government of the Tibetan Autonomous Region (TAR) shows the Chinese claims in the Pangong tso (lake) area lay east of Sirijap, a small plain on northern bank of the lake.
As mentioned earlier on this blog, India had established three posts in Sirijap prior to the Sino-Indian War (between April 1960 and October 1962) and a bitter battle took place around these posts in October 1962.
Today the Chinese are trying to occupy till Fingers 4, which is located more than 12 kilometers in the West. Is it not expansionism?

The Chinese map (in Tibetan) tells us about the constant Chinese ‘expansionism’; the fact that Beijing stubbornly refusing to fix posts and provides its perceptions of the Line of Actual Control (LAC), allow China to expand its territory.

A Repeat of 1962?
My second point is that Xi’s China is still dreaming of 1962, not understanding that India and the world have changed.
Last week, Lt Gen Zhang Xuejie, the Political Commissar of the Tibet Military Region (TMD) went to the ‘border’ and wrote in red letters ‘1962’ on a stone; it is not clear if it was north of Sikkim in Kampa la area or near the tri-junction between Tibet, Nepal and India.
What message did not want to convey?
That China could repeat the operations of 1962?
Gen Zhang is probably not aware that the Indian Army in 2020 is not the same than in 1962.
He has certainly never heard of the battles of Walong or Rezang la where hundreds of Chinese PLA were killed by far-better Indian soldiers (but this is never told to the Chinese people).
The PLA should also remember what happened to them in 1967 in Sikkim.
Though Galwan does not come under the TMD, (it is under the command of the Southern Xinjiang Military District of the Xinjiang Military District), the TMD military leadership should study what happened on June 15 in Galwan when China lost at least 45 of its soldiers, including a Commanding Officer. It should also remember that it was Xi Jinping's birthday, that day.
Can Communist China and particularly the PLA understand that the time for expansionism is over?
It is doubtful. They live like ostriches, their heads buried in their Communist jargon and outdated ideology.

It is not a good omen for China. 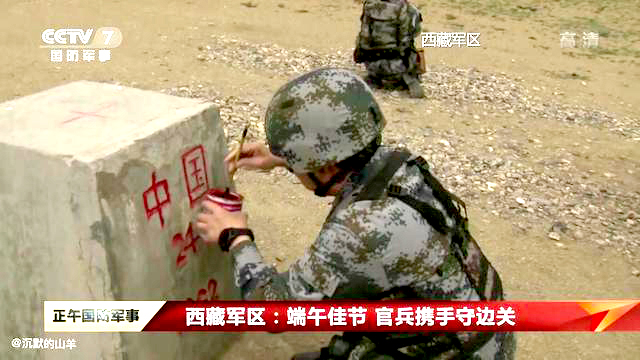 A few days later, the PLA organised a ceremony on the lake to show their presence  ...and their faith in the Communist Party.
The caption said: "A [PLA] party of the Xinjiang Military Region carried out a 'Partnership with the Party, Take the Roots in the Plateau as a Vanguard'; it was the theme of the day on the bank of Pangong Lake at an altitude of 4,300 meters."
Note the Buddhist prayer flags in the background; atheists, but believers? 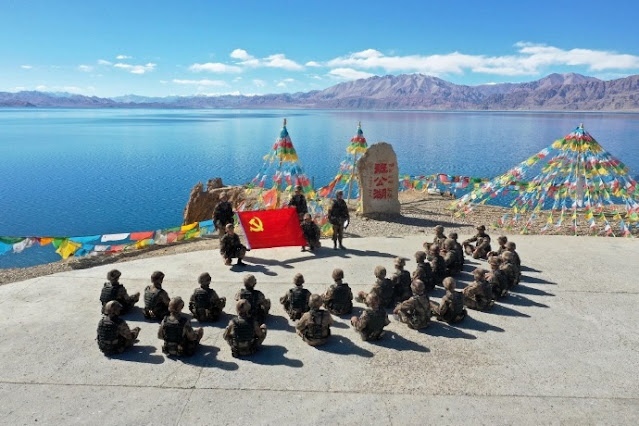 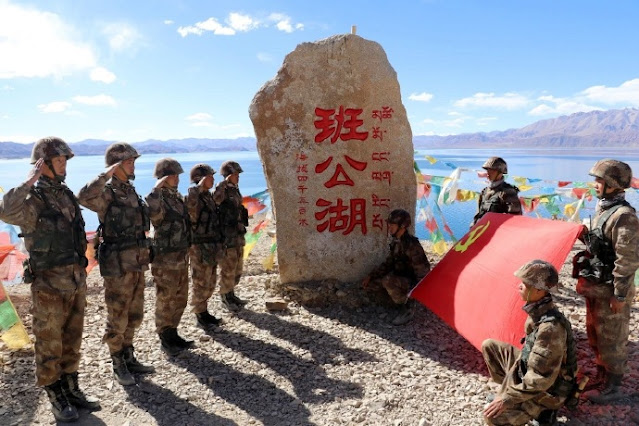 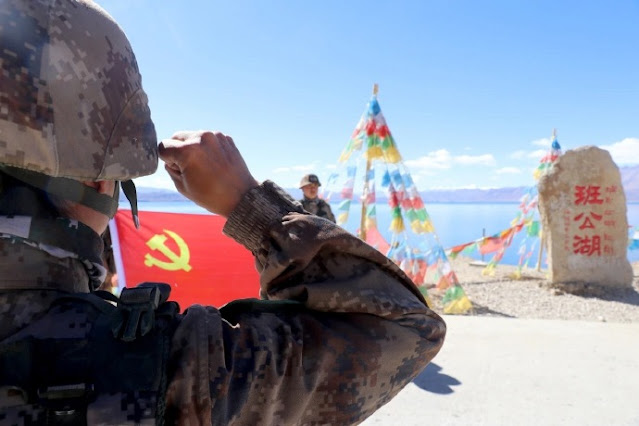